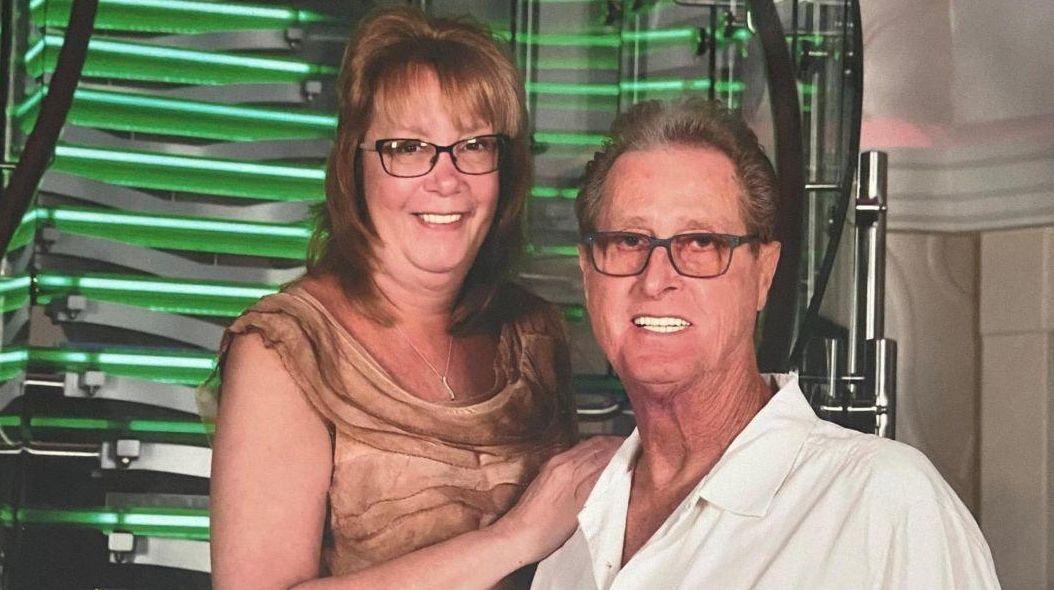 After surviving the horrors of 9/11, and its equally cruel aftereffects, many first responders have been unable to fight off the coronavirus due to prior health conditions. Credit: Newsday

Arthur Lacker spent two-and-a-half years hauling debris from the World Trade Center site after 9/11, breathing in the toxic dust that would sicken tens of thousands of first responders.

The East Meadow truck driver paid a stiff price for his work. Chronic asthma. Breathing difficulties. And a lung cancer diagnosis that required the removal of a portion of the left lobe of his lung.

By early 2020, Lacker, 73, was finally in remission and ready to resume his life. Then came COVID-19. The virus attacked Lacker's already weakened respiratory system, causing a spiked fever, lack of appetite and a dearth of energy.

Robin Lacker brought her husband to Winthrop Hospital on March 22. She would never see him again in person. Arthur died April 2 after a week on a ventilator.

"After cancer we thought we had more time," Robin Lacker said. "He was very determined. If COVID was not present I know he would have lived another 10 to 15 years."

The coronavirus pandemic has taken the lives of more than 24,000 New Yorkers — more than 85% over the age of 60 with underlying health conditions.

But below the surface another disturbing trend has emerged.

Hundreds of police officers, firefighters, emergency responders and construction workers who spent time on the smoldering pile in lower Manhattan nearly 19 years ago are getting sick — again — this time with coronavirus, and at a rate higher than others in their age bracket, doctors say.

After surviving the horrors of 9/11, and its equally cruel aftereffects, many first responders have been unable to fight off the virus, becoming victims of two of the deadliest events of the 21st century.

Michael Barasch, managing partner at Barasch McGarry, a Manhattan firm that represents more than 15,000 members of the 9/11 community, said 22 clients have died from COVID-19. He calls that figure a "gross undercount" as medical examiners are still sending in death certificates. He expects the number to reach the hundreds.

"It’s three strikes and you are out," Barasch said. "First the government lied to us [about the air quality at Ground Zero]. Then they get sick. And now they die. It’s all because we were not prepared with the proper respiratory protection back in 2001. And sadly we were not prepared this time either."

John Feal of Nesconset doesn't scare easily. A demolition supervisor at Ground Zero, Feal spent 11 weeks in the hospital after a four-ton steel beam fell on his left foot. He developed gangrene and sepsis and part of his foot was amputated.

But when Feal, who successfully lobbied Congress last year with comedian Jon Stewart to renew funding for the September 11th Victims Compensation Fund, got sick with COVID-19, he was engulfed with fear.

"I had never experienced pain like this," said Feal, who runs the FealGood Foundation, which advocates for 9/11 first responders. "It hurt so bad that it burned. My skin hurt. The hair on my body hurt. My eyelashes hurt. The ability not to be able to take a full breath, like I was underwater trying to come up for air. I don’t get scared and am not afraid of dying. But COVID scared me."

A high percentage of the 9/11 health conditions are respiratory diseases such as asthma, COPD and interstitial lung disease, said Dr. Benjamin Luft, director and principal investigator of the Stony Brook University WTC Wellness Program in Commack. The program includes patient care, research, education and outreach all for 9/11 first responders. Coronavirus attacks that same organ, often with deadly consequences for those with weakened immune systems, he said.

"Those patients are already compromised in their pulmonary status so that when they get further insult from something as virulent as the COVID virus they become much more susceptible and have a much more severe disease syndrome," Luft said.

Wellness program researchers surveyed half their 8,000 clients. About 200 tested positive for the virus while another 150 showed symptoms or tested positive for COVID antibodies, Luft said. Six WTC first responder patients from Stony Brook have died from the virus, all under 65, he said.

"We are looking at carefully [at] … what the risk factors are," Luft said. "But these are higher numbers than one would expect."

"I do not think they will get railroaded by the system," Barasch said. "I can make, and I will make, the argument linking their death to their 9/11 exposure and underlying condition."

Nicole Navas Oxman, a spokeswoman for the Justice Department, which runs the Victims Compensation Fund (VCF), said death certificates typically list the cause of death as well as underlying causes and significant conditions contributing to death.

"If a 9/11-related physical health condition that is eligible for compensation in the VCF is listed in any of those three categories then, generally, the VCF will award compensation on account of the death," Oxman said, adding that the fund reviews individual cases on their own facts and circumstances.

Former Suffolk detective Phil Alvarez, whose brother, Lou Alvarez of Oceanside, is credited with helping secure health care benefits for thousands of fellow Ground Zero first responders before his death in June 2019 from colorectal cancer, said it's been a scary time for the tight-knit 9/11 community.

"You put it all together and it’s a complete nightmare," said Alvarez, who works with Hansen & Rosasco, a law firm specializing in VCF claims.

Patricia Brengel of Hampton Bays thought her partner, Edward Doty, a 9/11 first responder and former Yonkers fire captain, had turned the corner after developing asthma, persistent cough and chronic bronchitis that occasionally turned into pneumonia. Doty's prognosis was good and he planned to spend the summer fishing on his boat.

He never got the chance. Doty fell ill on March 17, tested positive for the virus five days later and Brengel discovered him dead on their couch on March 26. He was 65.

"It’s hard because we were so on top of all his respiratory ailments," she said. "We were getting the CT scans done every 3 to 4 months. He did whatever he was told to do. And everything happened in nine days. That’s all it took."

William Valentin remembers those frightful weeks after 9/11 as if they were yesterday.

The retired city corrections officer from Medford, who spent most of his career in the Emergency Service Unit at Rikers Island, worked 12-hour days for six months, searching for survivors and later recovering remains. He would often need three pairs of boots per tour as his footwear would melt under the pile's extreme heat. During it all, he was mourning the loss of his first wife, Kelly, who died two months before the terror attacks at the age of 25.

Years later, Valentin started suffering from breathing problems, esophageal reflux, asthma, sleep apnea and the feeling of gasping for air when he tried to sleep.

It would get much worse.

On March 22, Valentin spiked a high fever and days later was admitted to Stony Brook Hospital with double pneumonia. He was placed on a ventilator and would remain strapped to the machine for 26 days in a medically induced coma.

Valentin awoke April 26 to a new reality. He lost mobility in his arms, some of which has since returned. His weight plummeted from 257 pounds to 198. And he learned that his father, Avelardo Valentin, a decorated Vietnam vet, died of COVID-19 during an outbreak at the Long Island State Veterans Home in Stony Brook.

Valentin, who has since begun outpatient rehabilitation, filmed a message to his three children and second wife, Claribel, before being put on a ventilator.

Despite all that has happened, Valentin has no regrets about his efforts in the days after Sept. 11, 2001.

"It’s horrible. We are paying double for what we did 19 years ago," Valentin said. "But we would have done it no matter what … New York City needed us. It was a catastrophic event and we were trained to do what we did. I would do it again."