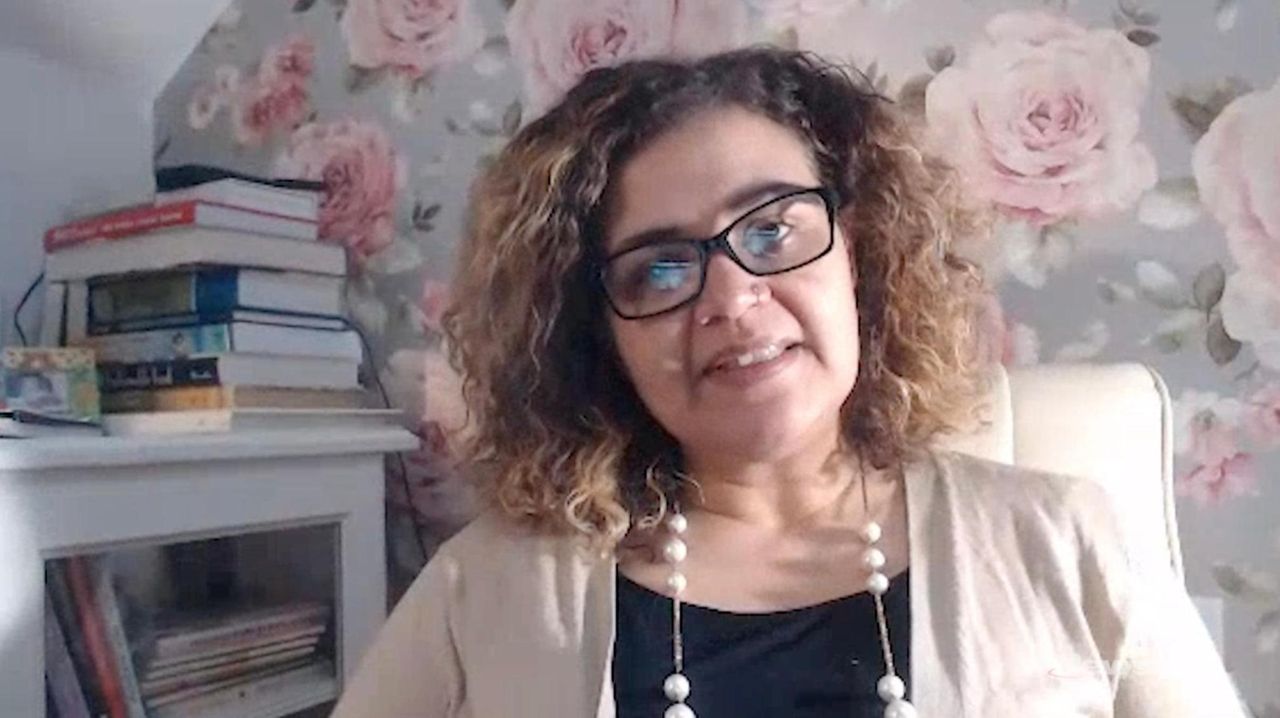 Martine Hackett, an associate professor and director of public health programs at Hofstra University, said on April 9 there is a disproportionate amount of COVID-19 deaths in the non-Hispanic black population, as well as in the Hispanic population. Credit: Newsday staff

Inequities in society that have impacted many African Americans — such as living in segregated housing in poorer communities, low-wage jobs and illnesses like heart disease — are starting to show in coronavirus deaths across the state, according to preliminary data.

Blacks in New York State made up 17% of coronavirus deaths as of Wednesday, nearly twice the 9% rate of blacks' representation in the state's population, according to preliminary data released for the first time Wednesday on the state Health Department's COVID-19 tracker website. The state racial breakdown excluded New York City, whose statistics were provided separately.

In New York City, blacks made up 28% of coronavirus fatalities, and represented 22% of the city’s population, according to the data released on the state website.

“I’m not surprised by those numbers because it reflects the kinds of disparities that we have under normal circumstances,” said Elaine Gross, founder and president of ERASE Racism, a civil rights group based in Syosset.

"We suspected this was happening," she added. "I’m happy they’re finally presenting disaggregated data because that is important for being able to identify structural impediments."

The statistics did not surprise Tracey A. Edwards, the NAACP's Long Island regional director.

"As an example, 40% of African Americans have high blood pressure," she said. "People of color will be more vulnerable and have a higher mortality rate due to underlying conditions of cardiovascular disease and diabetes."

Theresa Sanders, president of the Urban League of Long Island, worried about how blacks on Long Island will fare once a statistical analysis is done.

"My biggest concern is this virus is going to have a disproportionate impact on black communities," she said.

The state Health Department has not yet provided a racial and ethnic breakdown of coronavirus fatalities for the counties. Newsday, however, analyzed census data to identify communities with the largest concentration of black residents, and then looked at where the most coronavirus infections occurred in those communities.

Hempstead, with 400 coronavirus cases, Elmont, 256, and Uniondale, 236, rank among the top 10 communities in Nassau with the largest number of cases as of April 6. The non-Hispanic black population in both Hempstead and Elmont is 45%; and Uniondale's is 34%.

"The question is: Why is there this ongoing disparity?" said Martine Hackett, an associate professor and director of public health programs at Hofstra University.

"There’s nothing about being black, inherently, that makes you more susceptible to coronavirus. It’s about the conditions and the environment that you’re in that make you more vulnerable to having those poor health outcomes," Hackett said, remarking on the city and state data.

Hackett cited African Americans living in segregated areas "and how that's pretty strongly connected to what’s available in different communities, housing and jobs, and stress connected to those environments. When you have a high rate of hypertension among blacks, it's not the difference in their veins, it's because of the conditions causing those health outcomes to occur."

In addition to such conditions that may contribute to a disproportionate impact on blacks, Alford A. Young Jr., professor of sociology and African American studies at the University of Michigan, called for greater understanding about how isolation protocols can be challenging for low-wage African Americans.

"The lockdown for them means a challenge for survival," Young said. "They need to go to work," and he noted the public's need for these workers to perform certain services.

"We need groceries on the shelves, deliveries," and they "need to go to work because they don’t have reserve financial resources," Young said. "They can’t simply say I will survive by staying home with no reserve resources."

Young said the remedy involved first a "broader understanding of what’s going on. The very notion that these people feel compelled to work is critical to understand." He added society needed to see "what kind of risks or challenges exist for them than more privileged workers."

Young, a native New Yorker, called on government to offer a better recovery package, and for lawmakers to "think more deeply about wages and what a living wage means for people."

He said these issues "related to the working class, and the working poor need to get to the forefront" of public debate.

"Those people have played a critical role in the survival of the rest of us," Young said. "They’re not just a fringe service. The delivery person helped a lot of folks to survive when they delivered the groceries for those that have means. This is where a lot of African Americans fit into the situation. We owe them something to help them survive post-crisis."