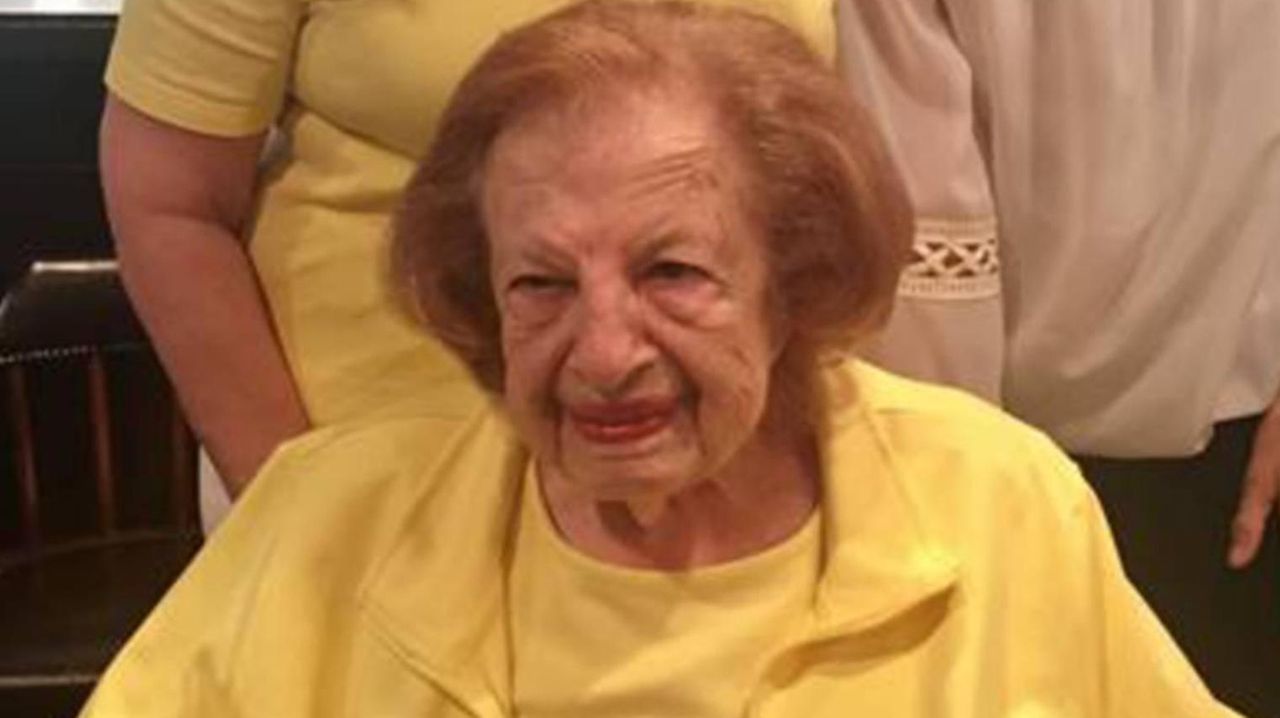 Madelynn Schwarz's 93-year-old mother, Roberta Landers, is at Highfield Gardens Care Center of Great Neck, where she has tested positive for the coronavirus. Credit: Newsday Staff

The anxiety, fears and crushing sense of guilt can at times be overwhelming.

For nearly a month, nursing homes and assisted living facilities across Long Island and the rest of New York State have remained shuttered to guests in an effort to lock down the COVID-19 pandemic from the virus' most vulnerable potential victims.

In the past four weeks, family members have been unable to visit their loved ones as the coronavirus spread through assisted living statewide, claiming 860 lives to date, according to State Health Department data.

Some residents have serious physical ailments. Others suffer from dementia or Alzheimer's. All are at risk.

For their families, the uncertainty is often the worst part, wondering if, when they are eventually allowed to visit, their parent or grandparent will have survived. Or, will the quarantine sentence their loved ones to a fate of dying alone?

These are a few of their stories:

Deborah Stein often sits up at night worried about what her mother, Ruth Stein, must be thinking — cut off from the outside world, confused and alone during a period of such intense uncertainty.

In early March, Stein and her two brothers, Daniel and Jonathan, checked their mother into Atria Senior Living, an assisted living facility in Plainview. Ruth Stein had been hospitalized with congestive heart failure and had begun to show signs of cognitive decline.

Two weeks later, Atria, along with all other nursing homes and assisted living facilities across the state, shut their doors to all guests to comply with state guidelines.

"The anxiety comes from not being able to help her acclimate," said Deborah Stein, 53, an illustrator who grew up in Bethpage and now lives in Long Island City. "On some days, she must feel that we just dropped her off and said goodbye and good luck."

Stein and her family have been able to communicate with the family matriarch through FaceTime, checking on both her physical and emotional well-being. The family has nothing but praise for Atria's staff.

But they are worried. Ruth often gets confused, forgetting her children's names or failing to comprehend why she has been suddenly forced to stay in her room 24/7. Ruth Stein turned 95 on March 14 — the first day of the quarantine — and was unable to see her family.

They worry the cognitive decline will only get worse and eventually her physical health will follow. And Deborah Stein fears that during a worst-case scenario, she won't be there to hold her mother's hand and assure her that she's not alone.

"I am very worried that she may have to enter a hospital, and I am the most worried that I won't be there at the end of her life," she said. "That's one of the most important things. It's a very profound moment, and I am worried about it."

In recent days, Madelynn Schwarz of Roslyn has begun to think about how when she was in her hospital room after appendix surgery, she heard her mother's footsteps approaching and felt better right away.

Now their roles have reversed, and it upsets Schwarz that she can't bring the same comfort to her 93-year-old mother, Roberta Landers.

On April 2, Schwarz learned from Highfield Gardens Care Center of Great Neck, the long-term care facility where her mother has lived for two years, that Landers had tested positive for COVID-19.

The upsetting news was compounded because Schwarz couldn’t visit her mother, who has Alzheimer’s and macular degeneration, an eye disease that has left her nearly blind. Schwarz has tried to use FaceTime to explain to her mother why she couldn’t visit but is unsure how much was understood.

During their past visits, Schwarz always brought cream to massage her mother’s hands during her hourlong stay. Last week, Schwarz found herself rubbing cream on her own knees as she spoke to her daughter, Jessica Peery.

“I guess I was trying to connect to my mother because I can’t see her,” she said. “It’s a very gentle way of keeping in touch with her.”

Since learning of her mother’s diagnosis, Schwarz has remembered not to leave her phone on silent before going to bed. She has called the funeral home and informed family members of what she fears may come next.

“Every time the phone rings, I jump out of my skin,” the 71-year-old grandmother said. “To me, I think this is it. It’s just a question of hoping she [doesn’t have] a terrible end. And it goes quickly for her.”

It pains Schwarz to think about the possibility of her mother dying alone and never seeing her again. But she knows the situation has left her without a choice.

“This is all beyond comprehension,” she said.

When Jessica Molloy was treated for breast cancer, her mother, Jeanette Molloy, was always there, bringing her to chemotherapy, sitting through five surgeries and emptying pumps of fluids that drained from her body.

“I will never forget, as long as I live, the things she did for us,” Jessica Molloy said of herself and her three siblings. “I always promised her 'I will always take care of you.' I promised my mother that.”

But the coronavirus outbreak has made caring for an aging parent complicated.

Molloy, 60, of Riverhead, is worried about her 91-year-old mother who lives at Atria Senior Living in East Northport. Jeanette Molloy has dementia and often gets frightened when she doesn’t hear from her, Molloy said.

“We were always close. We look alike. We do things alike. We are two peas in a pod,” she said. “She recognizes me. I can calm her down.”

But in the past week, Molloy said she’s had difficulty trying to get her mother on the phone with the center often failing to facilitate calls.

“There’s a pandemic right now, and I can’t see her,” Molloy said. “I can’t control that. But what I can control is to talk to her on the phone.”

John Hartmayer, senior vice president at Atria Senior Living, said in a statement that staff tries to facilitate as many phone calls as possible but can’t “facilitate every call or accommodate a high volume of repeated requests” from the same family member.