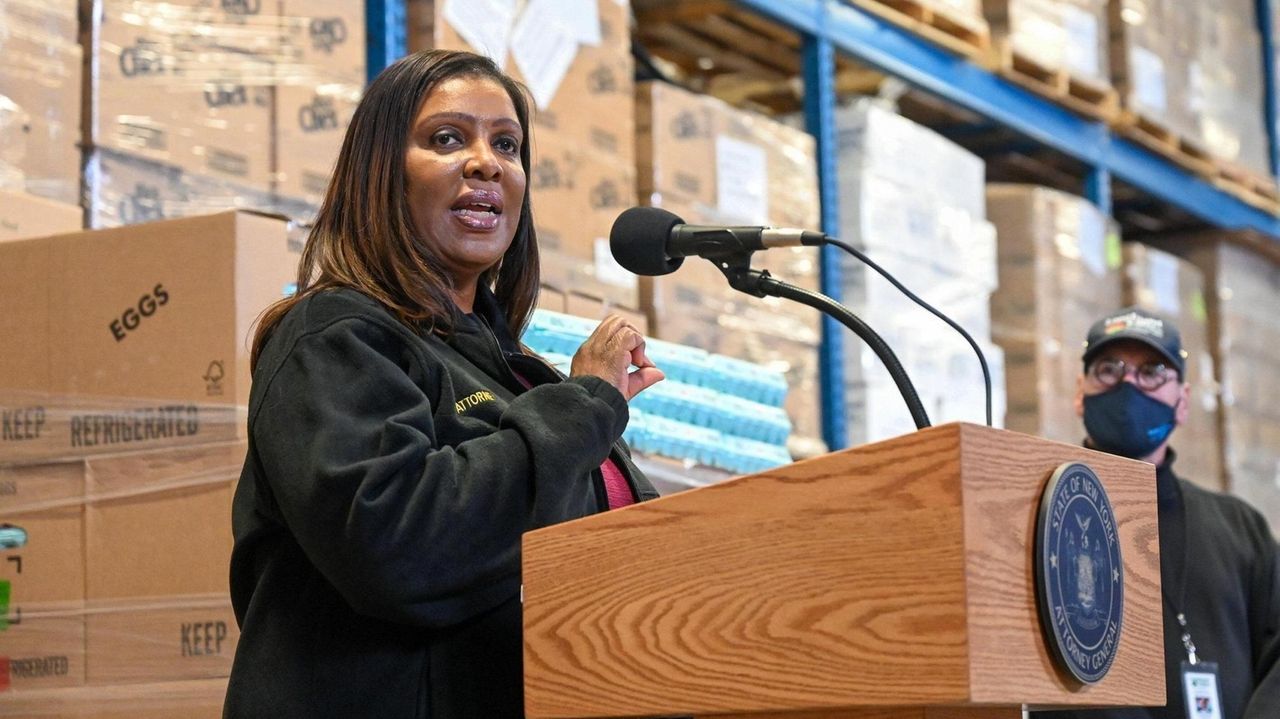 One of the nation’s largest egg companies, Hillandale Farms, has agreed to donate 1.2 million eggs for distribution on Long Island and across the state to resolve allegations by New York State Attorney General Letitia James of price gouging during the early months of the coronavirus pandemic. Credit: James Carbone

One of the nation’s largest egg companies has agreed to donate 1.2 million eggs to resolve allegations by State Attorney General Letitia James of price gouging during the early months of the coronavirus pandemic.

The donated eggs are going to charities across the state, including Long Island Cares and Melville-based Island Harvest, for distribution to the needy, James said Thursday at a news conference in Hauppauge.

She said that charities will help distribute 300,000 eggs on Long Island.

In an August lawsuit filed at State Supreme Court in Manhattan, James’ office accused the company, Hillandale Farms, of raising prices in March and April 2020 and possibly beyond as much as five times pre-pandemic. For example, the company charged the supermarket Western Beef $2.93 per dozen, up from 59 cents in January. Similar pricing was found at Stop & Shop, BJ’s Wholesale Club, and Associated Supermarkets, James said Thursday.

"During the height of the pandemic, at the darkest of hours of our state and even of our country, we found that Hillandale raised the prices of these essential food items to unconscionable levels," she said.

According to the settlement, Hillandale neither admitted nor denied the allegations.

Hillandale, a producer and wholesaler based in Ohio and Pennsylvania, said that prices were set based on third-party data from Urner Barry, a market reporting firm. Hillandale is the nation's fourth-largest egg producer, according to Egg Industry magazine's Top Egg Company Survey.

In a news release issued just before the scheduled start of James’ news conference, Hillandale Farms said the attorney general's lawsuit had been dismissed with prejudice, meaning it cannot be filed again.

"Although it is important to note that the approach to pricing commodity eggs in New York using third-party data provided by Urner Barry has remained consistent for decades, the resolution of this matter reflects Hillandale Farms’ deep concern about the communities we serve," the statement said. "We welcomed the opportunity to take steps to benefit New York’s most vulnerable families and support ongoing hunger relief in the state."