The governor's top aide on Sunday criticized video that showed people crowding into a Patchogue bar, with none of the guests appearing to be wearing face coverings.

Suffolk County police responded to multiple 911 calls Friday night of noncompliance with the state "pause" order at the Dublin Deck Tiki Bar and Grill on River Avenue. Police said no summonses were issued.

Police did not say how many people were in the bar. A video posted on Reddit Saturday depicts a crowd standing shoulder to shoulder and music playing. Staffers do not appear to separate the dozens of guests, and the video's unnamed narrator shouts "everybody's so thirsty, let's go." 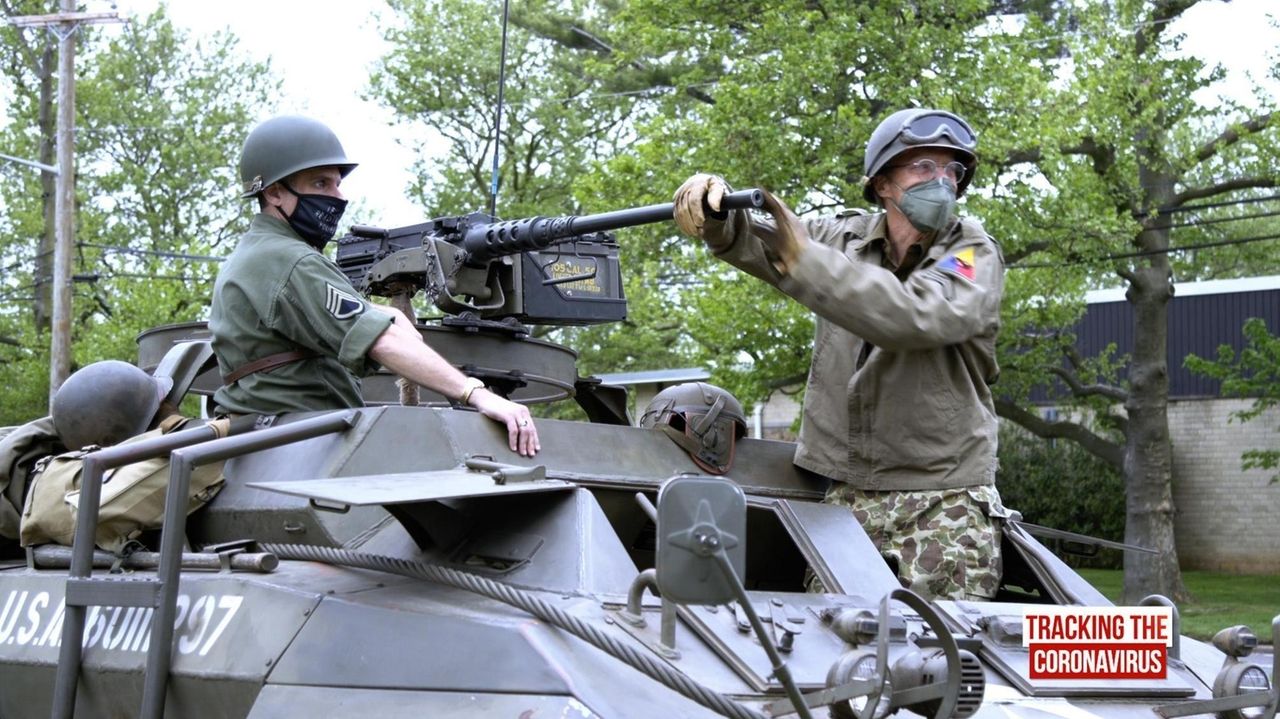 Representatives of the bar apologized in a Facebook post Saturday and said the establishment will adhere to stricter social distancing guidelines.

"We apologize to anyone who may have been offended by the videos that surfaced," the bar's Facebook post reads. "We assure you it was not intended and will not happen again."

The Facebook post said the bar allowed patrons inside during a "quick rainfall" and expressed regret at doing so. Co-owner Frank Mills claimed the crowd was mostly boaters parked at the nearby marina who were ordering meals to go.

"Everybody decided to run inside out of the rain and they overwhelmed us," Mills said. "It was that simple. It has never happened before and it will never happen again."

When it was pointed out that a group of young men in the video did not appear to be boaters, Mills said, “It can be interpreted any way anybody wants to interpret it.”

At Gov. Andrew M. Cuomo's daily coronavirus briefing Sunday, held at the Northwell Health at Jones Beach Theater in Wantagh, DeRosa noted that enforcement is up to local authorities and that the bar told Suffolk County police that patrons were seeking refuge from the rain.

"And so I mean I take them at their word that that’s what happened, but moving forward they should be on notice, and again the enforcement is up to the locals," she said.

Suffolk County Executive Steve Bellone also criticized the gathering, which he called "unacceptable" and "not smart."

Suffolk Police Commissioner Geraldine Hart said that by the time officers responded to the bar, about 85% of the patrons had cleared out. Police stayed until everyone left and then went back twice that night to ensure the bar was in compliance, she said.

Police also visited the bar on Saturday to talk with the owner and again ensure compliance, Hart said

At a briefing with reporters on Sunday, Bellone said he was pleased that bar representatives apologized.

“They have come forward to say that … it was wrong and it will not happen again,” Bellone said.

The restaurant said it has more than 50 signs reminding guests of social distancing guidelines and that patrons are only allowed to take food and drink to go.

"We are looking forward to being able to allow guests to take their 'to-go' orders to a table on-site to enjoy while still practicing social distancing," the Facebook post reads. "But until that time we will remain 'to-go' only and do our best to ensure that our guests follow stricter guidelines and do not gather."

Mills noted it was a warm day and that customers may have acted inappropriately out of an impulse to socialize.

"Everybody hunkered down. We did what we were supposed to do," Mills said. "You can call it what you want but they're chomping at the bit to go do something."

Late Friday, Cuomo loosened the ban on gatherings, allowing up to 10 people to gather as long as they abide by social distancing guidelines during the coronavirus pandemic. The state's "pause" order had previously not permitted nonessential gatherings of individuals of any size for any reason, according to Cuomo's 10-point policy.

In a statement, the Suffolk County Police Department said it is "taking reports of noncompliance very seriously and is following up throughout this weekend with Dublin Deck, other locations in Patchogue and other downtowns in our jurisdiction. As we continue to navigate through the COVID-19 pandemic, the Department asks for continued cooperation from Suffolk County businesses and residents, and asks people to adhere to the guidelines outlined by New York State."