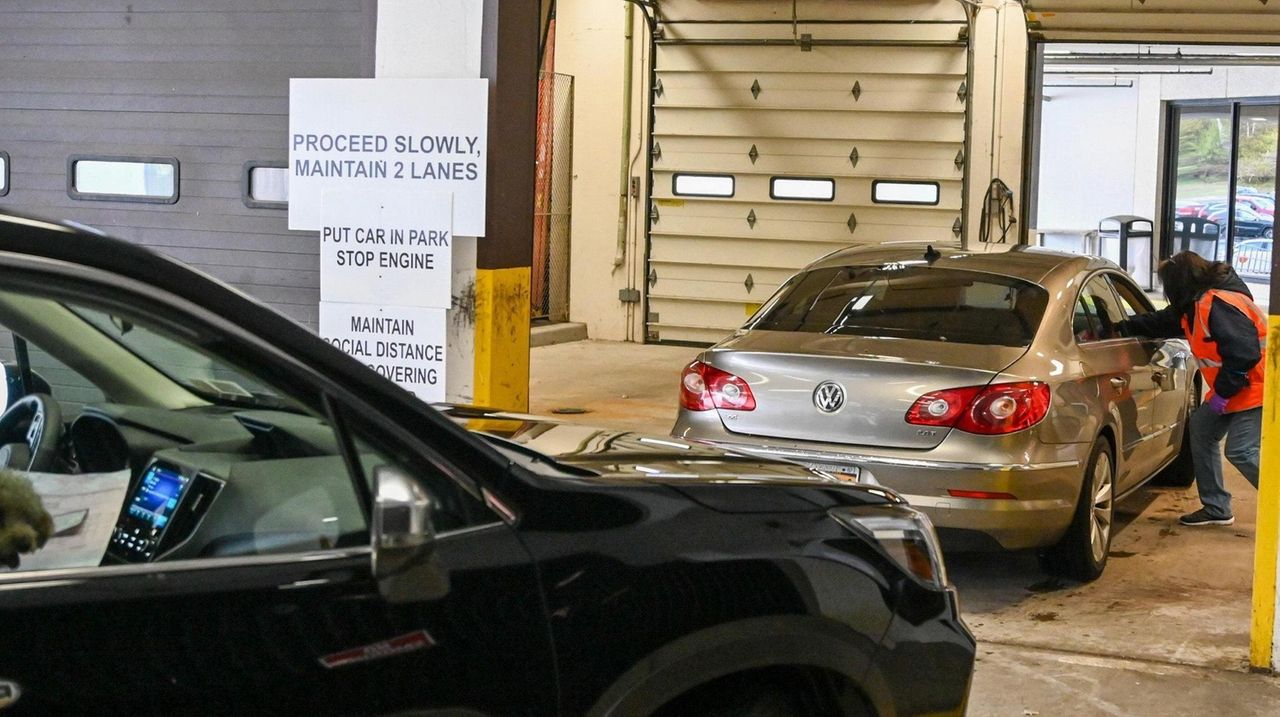 The Town of Brookhaven, on Monday, opened a drive-through tax collection system while Town Hall is closed to the public because of the coronavirus.  Credit: James Carbone

The drive-through is open in Brookhaven — for paying taxes.

The town on Monday opened a temporary outdoor tax collection center at Town Hall in Farmingville for residents who prefer to pay their property taxes in person. Town hall is closed to the public because of coronavirus.

“It really is like McDonald's," Brookhaven Tax Receiver Louis J. Marcoccia said in a phone interview. "You go in and you hand it to a person, you get your receipt. Quicker than McDonald’s.”

Brookhaven is one of at least two Long Island towns that have established alternate tax collection centers because of COVID-19. Hempstead last week announced plans to open three sites. A Huntington Town spokeswoman said officials there are developing an alternate payment system.

Marcoccia said before the pandemic thousands of people a day paid property taxes at town hall in the weeks leading to the May 31 deadline, preferring that method so their payments or receipts would not get lost in the mail. The town also offers online payment services; the cost for that has been cut from $1.75 to 75 cents, he said.

“It’s going well. We had several cars and it went smoothly,” Marcoccia said shortly before noon Monday. “We wanted to be prepared and give them an alternative and stay safe.”

Property tax payments are due by June 1, because the normal May 31 deadline falls on a Sunday, Marcoccia said. Seniors with Enhanced STAR exemptions have until June 8 to pay taxes.

Brookhaven and other Suffolk towns have asked Gov. Andrew M. Cuomo and County Executive Steve Bellone to extend the property tax payment deadline. That request has not been granted.