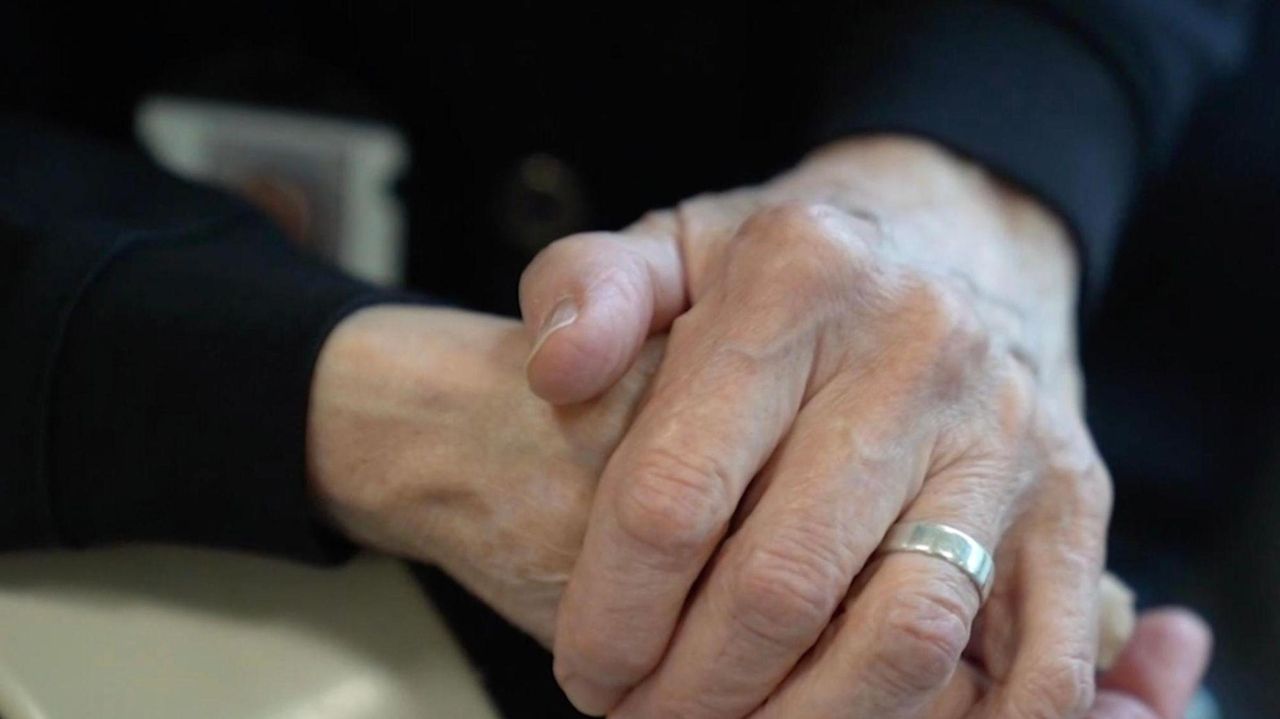 One sign life is getting back to normal on Long Island: Chaplains are now being permitted to enter Suffolk jails to provide counsel to inmates. A nun, pastor and imam have met with dozens of inmates over the past few days to offer support and solace.  Credit: Randee Daddona

As local sheriffs work on a plan to reopen Long Island's correctional facilities to visitors, a 74-year-old Catholic nun has quietly resumed providing comfort and counsel to inmates in Riverhead and Yaphank.

Sister Michelle Bremer said the dozens of inmates she has spoken to since she returned to the Suffolk County jails in late May are hungry for news about their families and eager to see their delayed criminal cases move through courts that have been shuttered since mid-March.

“For the Catholic faith, we call our ministry one of presence and hope,” said Bremer, who entered the Congregation of the Sisters of the Holy Family of Nazareth in 1962. “We are there to remind them that this is not all there is to their lives, because everybody has a past, everybody has a future, and God loves them.”

Bremer is not the only chaplain who has returned to Suffolk jails. Catholic deacons Roger Mott and Jose Valdez have also ministered to inmates in recent weeks, as has the Rev. Cynthia Liggon of the First Baptist Church of Riverhead. Other spiritual advisors have provided guidance to staff and correction officers, but not in the jails.

Nassau officials continue to prohibit chaplains and other visitors, Sheriff James Dzurenda said, because the county jail in East Meadow houses two infected inmates who are in isolation and 18 who are in quarantine because exposure to the virus.

“We are not allowing volunteers or the public in the jail until we have no positive COVID cases,” Dzurenda said. “I do not want to spread this thing.”

Just one inmate is believed to have been infected with the coronavirus while in a Suffolk jail, Sheriff Errol Toulon said. Another inmate tested positive when he was admitted but has since recovered.

A 17-year-old offender infected with the virus is being housed in a Suffolk jail, despite a state law that raised the age of criminal responsibility to 18 in October and bars 16- and 17-year-olds from being detained in adult facilities. A judge declared the teen’s case an emergency situation because the nearest youth facility was upstate, far from his family on Long Island.

Correctional facilities are especially vulnerable to infectious disease outbreaks because inmates share tiny cells with toilets, travel together to court in crowded buses or vans and wait for their appearances before a judge in cramped holding rooms, officials and jail experts said. Dozens of inmates have tested positive for COVID-19 in Nassau jails since mid-March.

Toulon said the return of Bremer, a beloved chaplain who has been ministering to incarcerated men and women in Suffolk jails since 1993, is an attempt to bring solace to inmates who been unable to see visitors or access social services since March because of the coronavirus crisis.

“It seemed like spiritual guidance was something that was needed,” Toulon said. “There are things people need to talk about with confidentiality. There are things these men and women need to get off their chests.”

Toulon and Dzurenda have teamed up with Westchester Department of Correction officials to develop protocols that would allow visitors and social service providers to return to their jails safely. The counties are waiting for state corrections officials to announce a date when facilities can reopen to visitors before they roll out their plan, he said.

The protocols may include requiring visitors to wear masks and undergo temperature checks before they can enter facilities. Visitors and inmates would be separated by plexiglass and barred from hugging or touching each other. The protocols must be approved by the state, Dzurenda said, before they can be implemented.

Other protocols under consideration include barring walk-in visitors and requiring visitors to make appointment to see incarcerated friends and family; requiring visitors to wait outside the jails until they receive a text calling them in; and installing plexiglass in visiting areas to minimize contact. The New York Sheriff Association has recommended cutting visits from an hour to 30 minutes, Toulon said, but he said he is leaning against that.

“People have gone so long without visits,” Toulon said. “It would not be fair to cut it short. We want to accommodate everyone in a safe and fair way.”

Toulon rolled out a new program for inmates — the Sheriff’s Transition and Re-Entry Team Resource Center — at the Yaphank jail in mid-May. The program, housed in a trailer, provides food, clothing, employment assistance, connections to counseling and health care and other support to individuals leaving the correction facility.

Serena Liguori of New Hour for Women and Children, which provides services to women in Suffolk jails, said it is especially important to provide support to inmates unfamiliar with the post-pandemic world.

“We’ve been meeting with women virtually over the last three weeks, letting them know what its available for re-entry support,” she said.

Bremer said inmates have had some spiritual outlets while chaplains were barred from entering the jails. Some organized Bible studies and prayer groups.

“The inmates took the initiative to do that on their own,” Bremer said.

Others have watched DVDs of religious services. Some inmates have sewn masks for distribution to the public.

“We let them talk and we listen,” Bremer said of herself and her fellow chaplains. “One man said to me, ‘I’m leaving now and my spirit is uplifted.’ We have to be good listeners. We are there for them.”