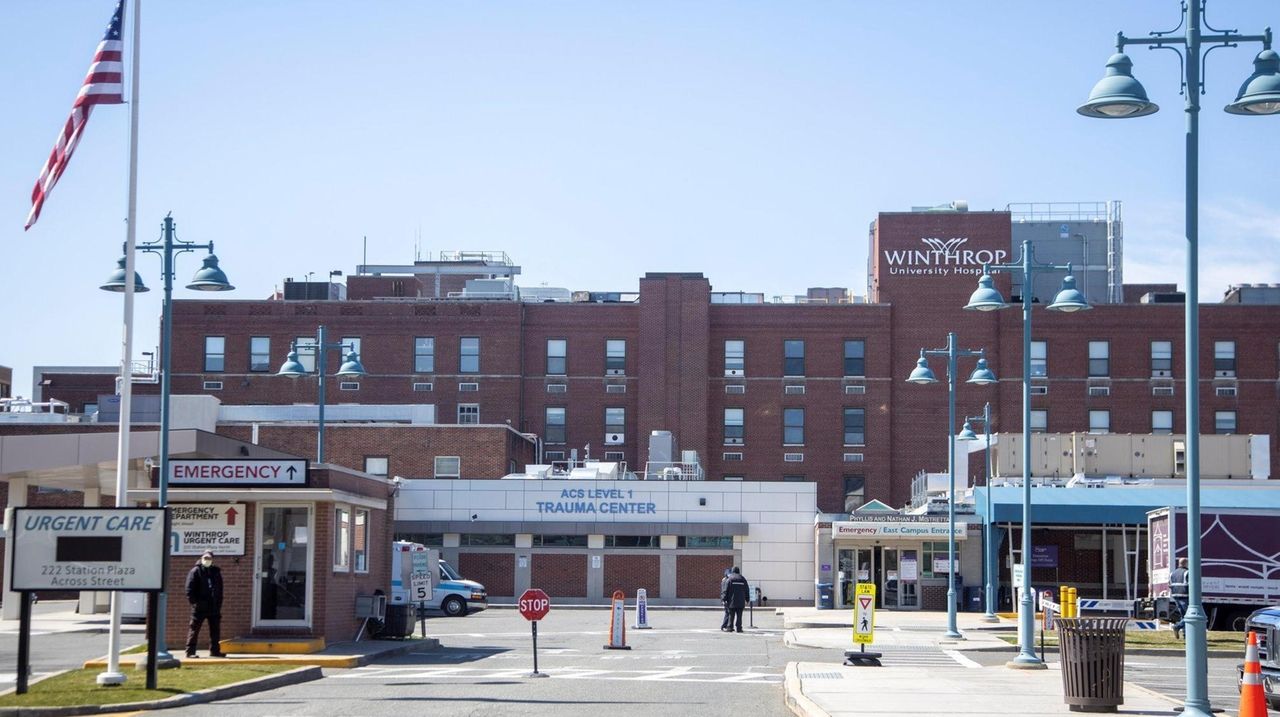 The number of hospitalizations of kids with child inflammatory syndrome linked to COVID-19 appears to have declined sharply. Dr. Leonard Krilov., an expert from NYU Winthrop, explains why. Credit: Newsday

The number of children sick with a potentially fatal inflammatory disease linked to COVID-19 has declined over the past few weeks, but it could rise again if there is a second wave of coronavirus cases, Long Island doctors say.

Three New York children, including a teenager from Suffolk County, died in early May of what the U.S. Centers for Disease Control and Prevention calls multisystem inflammatory syndrome. There have been cases in other states as well.

The state Department of Health reported Friday that it was investigating 208 cases of children with symptoms of the disease; 94% tested positive for the coronavirus, antibodies to the virus or both.

More than 3 in 4 of the children were between ages 1 and 14 and, like COVID-19, the syndrome disproportionately affects black and Latino kids.

Cohen Children’s Medical Center in New Hyde Park, which has treated 58 kids with the syndrome, possibly the largest number of any hospital in the country, now has two who are hospitalized, said Dr. James Schneider, chief of pediatric critical care.

Mount Sinai South Nassau and Stony Brook Children’s Hospital each has treated two and now have none, and NYU Winthrop Hospital has cared for eight and discharged the last two within the past week, doctors at the three hospitals said.

Children typically become sick with the syndrome two to four weeks after infection with the coronavirus, because the disease stems from the immune system’s excessive response to the virus, Krilov said.

That’s why cases of the syndrome were surging in early May, even though by then the number of new coronavirus cases and hospitalizations had been declining for a few weeks, he said.

Although the number of cases has dwindled, they likely would rise again if the number of new coronavirus cases begins to increase, he said.

At NYU Winthrop, older children tended to have more severe cases than younger ones, Krilov said.

That may be because the peak of immune response is in adolescents, and younger kids’ immune systems are less developed, he said.

At Cohen, 79% of the first 33 children admitted with the disease ended up in intensive care, Schneider said. That number has dropped to 61%.

“It’s perhaps that kids are being recognized earlier and being treated earlier,” in part because of a statewide effort to increase awareness of the disease, he said.

All of the children treated at Cohen had mild or no COVID-19 symptoms, Schneider said.

Symptoms to look out for — especially if your child, or a family member or close contact, of your child previously had COVID-19 symptoms — include fever, severe abdominal pain, rashes and a lack of appetite, said Dr. Christy Beneri, director of pediatric infectious diseases at Stony Brook Children’s Hospital.

Although other viruses may have similar symptoms, Beneri said, you should still contact your primary care doctor because, “in the era we’re in, it’s important to be more cautious.”

Study: Blood thinners helping COVID-19 patients after they're released
1:56
De Blasio: NYC will suspend use of J & J vaccine
Cuomo: Outdoor graduations of more than 500 people OK with restrictions
1:54
'Let's vaccinate them at the schools': NY's vaccine push focusing on students
1:56
De Blasio: After opt-in about 40% of NYC students to be in schools
State figures: NY nursing home staff lagging in COVID-19 vaccinations
Didn’t find what you were looking for?