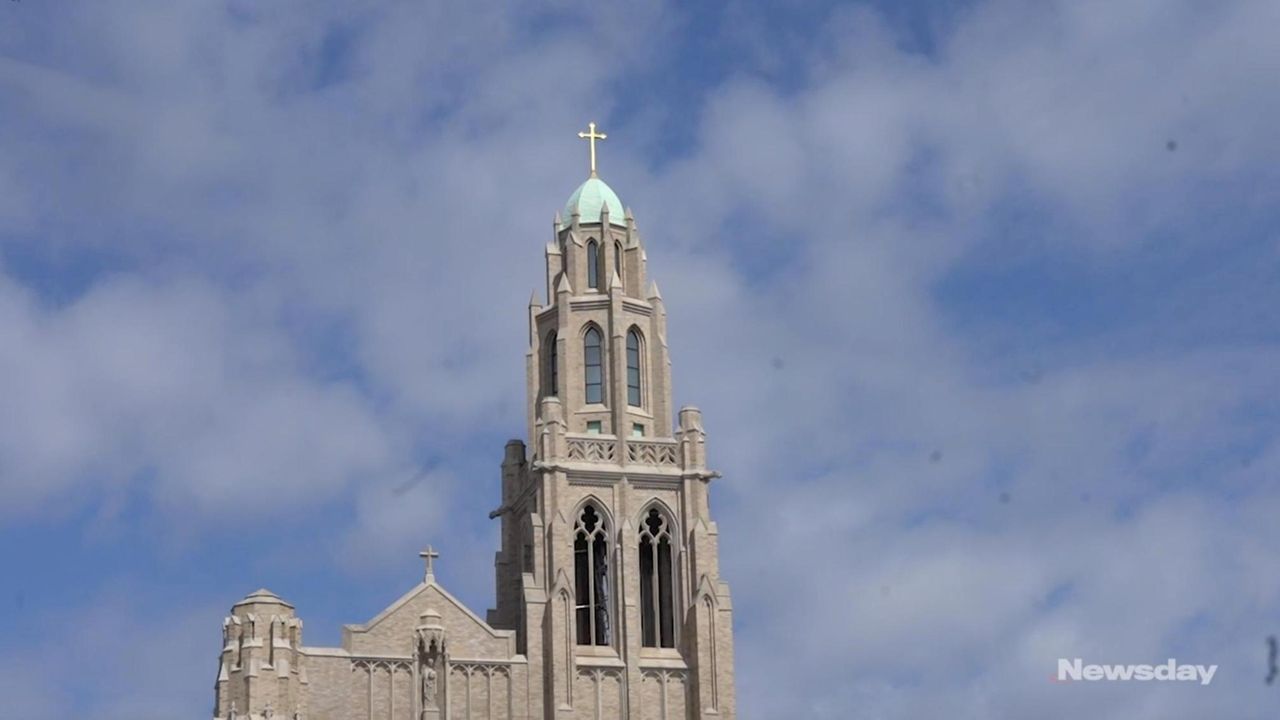 Pastors across Long Island on Sunday preached to empty churches and self-isolated parishioners watching online as religious communities adapt to social distancing protocols called for to fight the new coronavirus.

The sermons broadcast live from Rockville Centre, Roosevelt and elsewhere illustrated the dilemma the pandemic poses to institutions built around large gatherings of people. But the outbreak may also offer a chance, pastors said Sunday, to grow their communities and find new ways to congregate.

"All over the earth, Christians this morning are livestreaming into church, being scattered yet gathered together," said the Rev. John Yenchko, senior pastor of North Shore Community Church in Oyster Bay. This "might be one of the most redemptive moments in the history of the internet."

Yenchko's church was seemingly empty during its livestreamed Sunday morning service, save a few staff members and musicians. While the latter played hymns, lyrics appeared on the video feed so that viewers could sing along.

Yenchko called for God to protect parishioners from “this pestilence” and prayed for the medical community fighting the virus.

“In these days of isolation at home — when we experience health care anxieties, financial and economic and employment anxieties — it is a good time to review the seasons and arc of the Holy Spirit’s active presence and guidance in our lives,” Barres said. During Communion, he held up a wafer and a chalice of wine without offering them to anyone else.

Pastors acknowledged the absence of in-person congregants will require some adjustment.

"I'm used to standing up, being behind a pulpit, having a call and response and all of that," the Rev. Andrew D. Branch Sr., pastor of Naomi Temple A.M.E. Zion Church in Roosevelt, said during a livestreamed service. "This is indeed a different experience."

Branch spoke to congregants from his home office in his attic. He appealed to them to take the isolation brought by the social distancing policies as an opportunity for self-reflection.

"We're limited in what we can do, where we can go. And so we can take this time to examine ourselves, our relationship with God and others," he said.

Technological snafus were common among the remote sermons on Sunday, as church leaders struggled to both preach to the faithful and deal with camera equipment and stalled video feeds.

Still, the reality of religious life in the era of the coronavirus may also present churches with new opportunities for fellowship, pastors said

"I'm hopeful that actually it will help us reach an even larger audience," Branch said in an interview after his service.

In Farmingdale, Elliott Sneed, pastor of Crossroads Church of Long Island, preached to empty pews while parishioners commented on a Facebook live feed.

"I want you to just calm your heart this morning," Sneed told the remote audience. He asked viewers to share Bible passages they found comforting during the outbreak, and commenters responded with selections from the books of Peter and Philippians.

In an interview after the service, Sneed said his church's activities may have to move largely online for the foreseeable future, but they will continue.

"Even during this time of quarantine, of social distancing, we think we can still serve," he said.

After all, he said "the church isn't the building, it's the people."