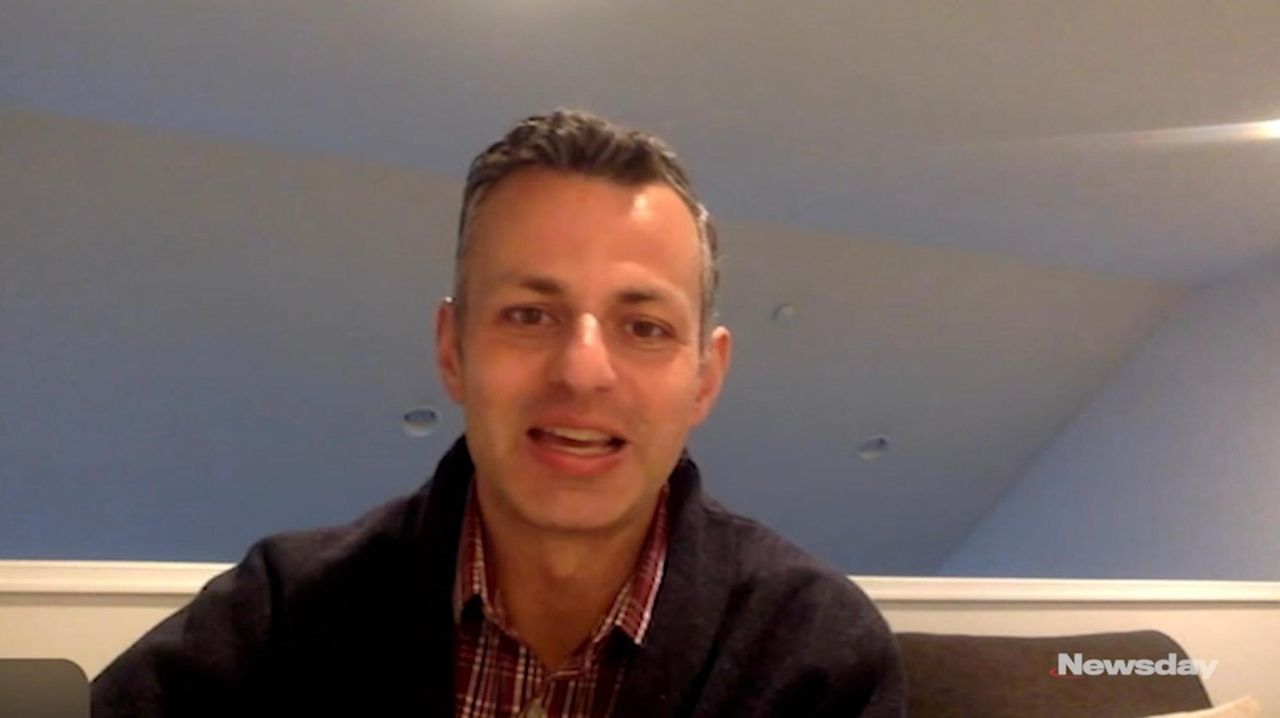 Anthony Santella, an associate professor of public health at Hofstra University, on April 21, talked about possible solutions for expanding contact tracing efforts in the wake of COVID-19.

Dubbed "disease detectives," in normal times they try to retrace the steps of people infected with E. coli, hepatitis and tuberculosis – and isolate as many of their contacts as possible to limit the spread.

In the COVID-19 pandemic, this limited staff at the Nassau, Suffolk and state health departments hasn't been able to keep up.

Now, Gov. Andrew M. Cuomo’s plan to reopen the economy hinges on hiring and training an army of these contact tracers across Long Island and beyond. The scale — and the technology that will be paired with time-honored human investigative methods — will be unprecedented, officials said.

Everyone from college students to civil servants to major philanthropists will play a role. Apple and Google are developing an app where consenting users could access anonymized data showing any contact they may have had with infected individuals.

Contact tracing, as basic at it is, is critical to ensuring that massively upscaled COVID-19 testing is as effective as possible, experts said. One infected person being quarantined does little to stem the virus’ spread if those that person has been in recent contact with aren’t also isolated.

“It’s essentially a multiplier on the value of tests,” said Peter Eckersley, a technologist who helped author “Roadmap to Pandemic Resilience,” a white paper from the Edmond J. Safra Center for Ethics at Harvard University that was released Tuesday. “You multiply the effect of catching a case. And you can shut down many chains of transmission that way.”

The white paper recommends that the federal government and states invest in hiring at least 100,000 contact tracers in the coming months.

“It can, in some scenarios, save enormous numbers of lives,” Eckersley said.

New York’s plan, to be led and partly funded by former New York City Mayor Mike Bloomberg, is touted as “as a model that can be replicated across the nation.” In an early example, Massachusetts teamed with a nonprofit to hire 1,000 new contact tracers.

Nassau and Suffolk counties typically employ a couple dozen health department employees, primarily public health nurses, who conduct regular contact tracing. After coronavirus cases exploded, they limited their efforts to only the most high-risk cases, such as those involving first responders and nursing homes.

“No one will argue with the fact that what we have in place now is beyond a drop in the bucket of what you really need,” said Anthony Santella, a Hofstra University associate professor of public health.

Nassau County Executive Laura Curran said Wednesday that the county has never stopped contact tracing, but she acknowledged that the needed scale means the state now must take the lead.

"We stand ready to assist with Governor Cuomo and our regional partners," she said.

How does it work?

A person tests positive for COVID-19. He or she is put under mandatory quarantine. Now, a contact tracer gets to work.

The tracer contacts the patient – typically by phone or video call – and asks a series of questions to determine recent movements. Where do you work? What public places – grocery stores, restaurants – have you visited?

These answers, entered into a secure database, will determine what other people are contacted and isolated and what public notices need to be released by authorities. But minimizing spread requires cooperation from the infected person.

“Do you really want someone to know that you’re the person who potentially exposed them? Maybe you felt fine, or didn’t really hold to physical distancing. Or just ran in and out of the pharmacy so [you] didn’t wear any kind of mask over your nose and mouth,” Santella said. “There will be a lot of people who choose not to participate."

If people aren't forthcoming – or can’t remember all their travels – technology can fill the gap. Smartphone data can match your location data with the stranger who sat next to you on the bus or stood behind you in line at the store.

Eckersley said the solutions being contemplated in the United States aren’t as intrusive as in South Korea and other countries that aggressively surveilled their citizens as a way of containing COVID-19.

Though Apple and Google say their app, to be operated in conjunction with local health agencies, will take steps to anonymize data and prevent long-term tracking, privacy advocates are wary.

“Without a clear end date or careful provisions, we’re going to be keeping our eyes open to all this,” said Susan Gottehrer, director of the Nassau County chapter of the New York Civil Liberties Union.

Ensuring a public health purpose to all data that’s gathered and stored, and that it is not used for law enforcement or immigration purposes, will be key, she said: “There has to be accountability.”

Will people buy in?

Santella said he ultimately thinks most people will agree to do whatever they can to help contact tracers.

“If there’s a free solution that’s backed by credible sources and people, I do think you’ll have high uptake, simply because this is something that’s making people so nervous and fearful,” he said.

Those sacrifices could help restart the local economy — even if it’s just to a diminished degree — until a vaccine or widespread immunity.

“Taking the necessary steps and precautions to ensure people’s safety is something the business community will support to get the economy up and running,” said Kyle Strober, executive director of the Association for a Better Long Island, a business and planning group.

Babak Beheshti, dean of the college of engineering and computing sciences at New York Institute of Technology, said the speed and efficiency of contact tracing software, along with the ramped-up human element, could be vital.

“Time is not on our side,” he said. “We have a very short window to reopen the economy.”

With Ken Schachter and Scott Eidler

Reopening economy requires more testing, experts sayExperts tracking the pandemic say hundreds of thousands of seemingly healthy people need to be tested for coronavirus every day — and perhaps millions. Why blood tests for Covid-19 antibodies have become keyKnown as a serosurvey, such widespread testing will come next as the focus shifts to reopening the economy. Making sense of COVID-19 testingWe have answers to key questions about coronavirus testing as Long Island, New York and the nation work toward facilitating it on a mass scale.

Cuomo: More than 10 million NYers have received at least one COVID-19 vaccine dose
More restaurant seating opening up as state moves to lift restrictions
Shots may not work fully for transplant patients, others with immune issues
Biden boosting world vaccine sharing commitment by 20M doses
Cuomo's book deal during pandemic was worth $5.12M
LI landlords call for more COVID-19 grants for eateries
Didn’t find what you were looking for?