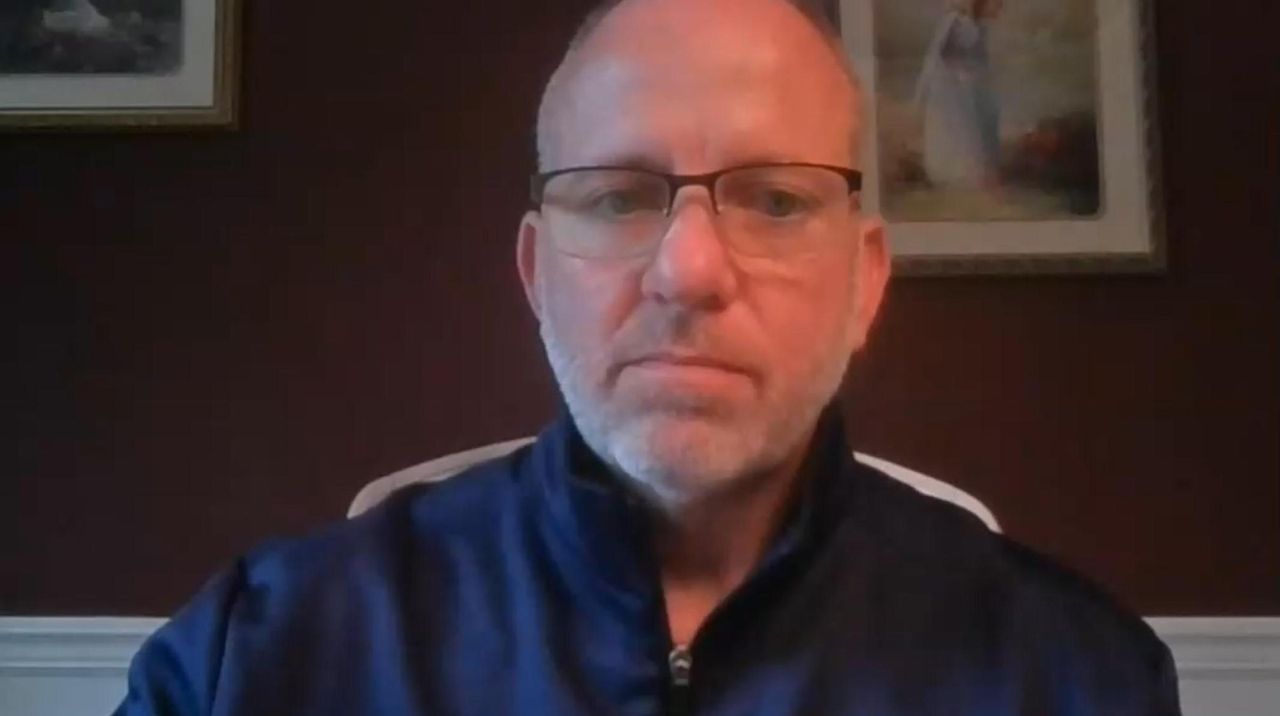 Suffolk PBA President Noel DiGerolamo talks about his COVID-19 battle, and reminds officers to use caution to avoid the virus while on the job.  Credit: News 12 Long Island

Suffolk County Executive Steve Bellone, in a written statement, said the agreement with the county’s public employee unions will additionally delay by six months longevity payments due this month, giving the county a much-needed financial break.

"In an effort to ensure the continuity of operations, Suffolk County has reached an agreement with our public employee unions to protect all essential employees who are working every day during this pandemic,” Bellone said. "This agreement will guarantee that these vital employees will receive their full salary and medical benefits should they contract COVID-19 without having to utilize their personal, sick or vacation hours. In addition, the County will delay longevity payments due April, 2020 for a period of six months so that the County can deal with the negative economic and budgetary impacts that have resulted."

“They don't have the luxury of saying, ‘I don't want to do that,’ " DiGerolamo said. "If you get a 911 call and someone's in cardiac arrest, you have to perform CPR, even if they're positive for COVID-19.”

DiGerolamo, who said he is nearly fully recovered from the virus, also said he agreed to delay by six months the county’s approximately $12 million in longevity pay payments due this month to police officers. Longevity pay supplements police officers’ salary for cumulative years of service, amounting to $525 for every year of employment beginning in the sixth year.

“It will give them some financial stability in a difficult time,” DiGerolamo said of the county, citing falling revenues.

DiGerolamo said he first felt sick on March 25, but the next day he had “difficulty breathing” and went to Stony Brook University Hospital, where he was tested. Two days later, he got the positive results.

“I tell people, ‘it’s not a battle, it’s a long, drawn-out war,” he said of fighting the virus, which he said he did by following his doctor’s orders of drinking lots of water, hot liquids and monitoring his oxygen levels.

DiGerolamo said while the virus hit him hard and he had trouble breathing, he was able to self-quarantine at home, staying in a bedroom by himself away from his family. He said he’s 85 to 90 percent better now and expects to return to working at least a few hours a day in the PBA’s office in Brentwood.

“My wife knocks on the door and brings food,” said DiGerolamo. “I have a great support system at home.”

DiGerolamo said he doesn’t know exactly how he contracted the virus, but said he has frequent meetings with some of the county officials who later tested positive, including Suffolk County District Attorney Timothy Sini, who has since recovered.

As of Friday, 72 Suffolk police officers have tested positive for COVID-19, police said.