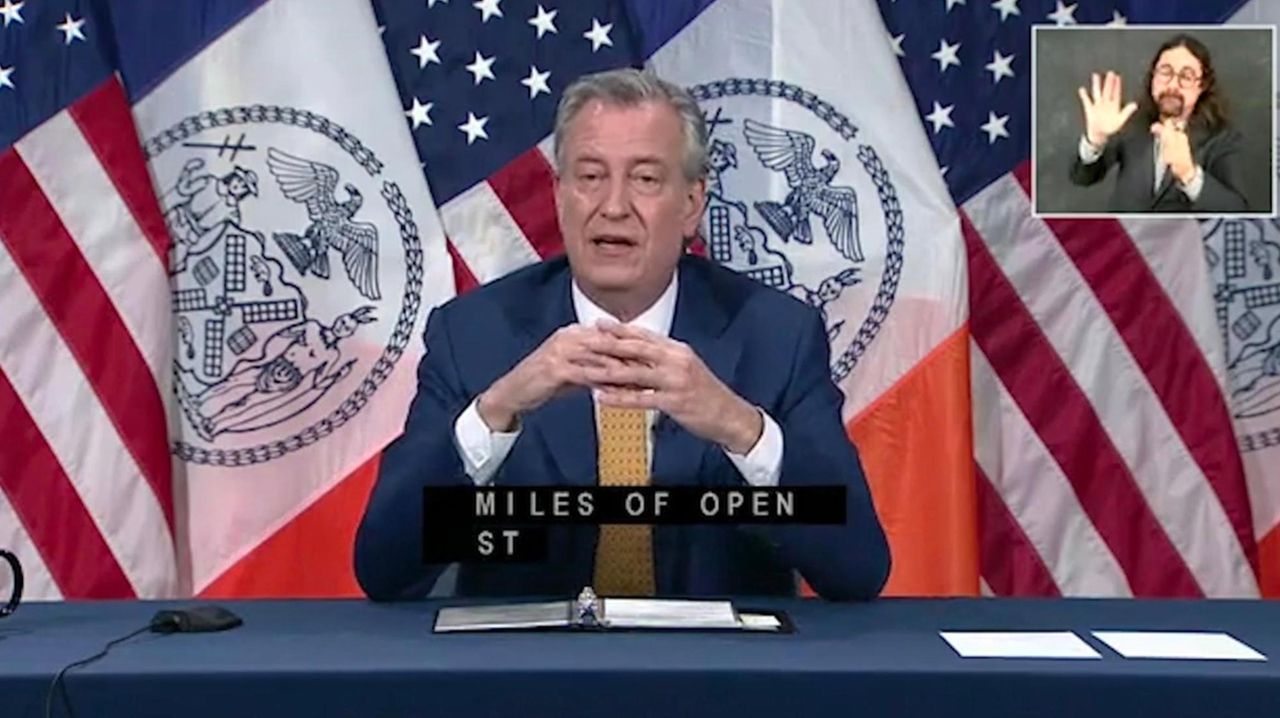 New York City will bar vehicles from 40 miles of its streets to create space for pedestrians, joggers, cyclists and others seeking to exercise as the weather grows milder, Mayor Bill de Blasio announced Monday.

City officials hope to eventually close a total of 100 miles of streets to cars and trucks while shelter-in-place orders remain in effect so that parks don't get crowded, de Blasio said during his daily coronavirus briefing. The mayor said the first streets to be closed to traffic will be in and around parks.

“Very concerned about the streets around parks,” de Blasio said. “Often times we are seeing that immediate area getting very crowded. Those streets adjacent to parks are an obvious opportunity to open up more space.”

Priority will be given to communities that have been especially hard-hit by the pandemic, de Blasio said. The city will also expand sidewalks and bike lanes, the mayor added.

He announced a pilot program in late March to shut down streets to traffic in order to provide room for recreation, then closed it down after two weeks, saying NYPD officers assigned to those streets to enforce social distancing were needed elsewhere.

The City Council continued to push the de Blasio administration to open up streets for recreation, and Speaker Corey Johnson said on Twitter Sunday that lawmakers would ask Gov. Andrew M. Cuomo to intervene.

“The council is thrilled our calls for open streets have been answered and looks forward to working with the administration to give New Yorkers the space they need to socially distance properly,” he said.

The mayor also said Monday that New York City will begin using a new kind of coronavirus testing at the eight sites opened up in hard-hit communities that is faster and easier than the current testing, requires less personal protective equipment and is safer for health care workers.

The mayor said the faster process will enable workers to do a total of 10,000 tests per week, up from 5,000. The expanded testing, combined with contact tracing, or tracking people potentially exposed to the virus, is a crucial element in helping the city and state ease restrictions and reopen the economy, de Blasio said.

The city will immediately hire 1,000 health care workers to do the contact tracing, the mayor added.

Alternate-side parking will be suspended until May 12, de Blasio also said Monday. The Sanitation Department has been monitoring city streets, he said, and officials have told him that street sweepers do not need to be deployed for another few weeks. Street trash, he said, has not been a problem due to sheltering in place.

Meanwhile the USNS Comfort, a hospital ship that arrived in New York last month, discharged its last patient on Sunday. Northwell Health, which oversaw clinical operations aboard the vessel, said on Monday that the last of the ship’s 182 patients had been released.