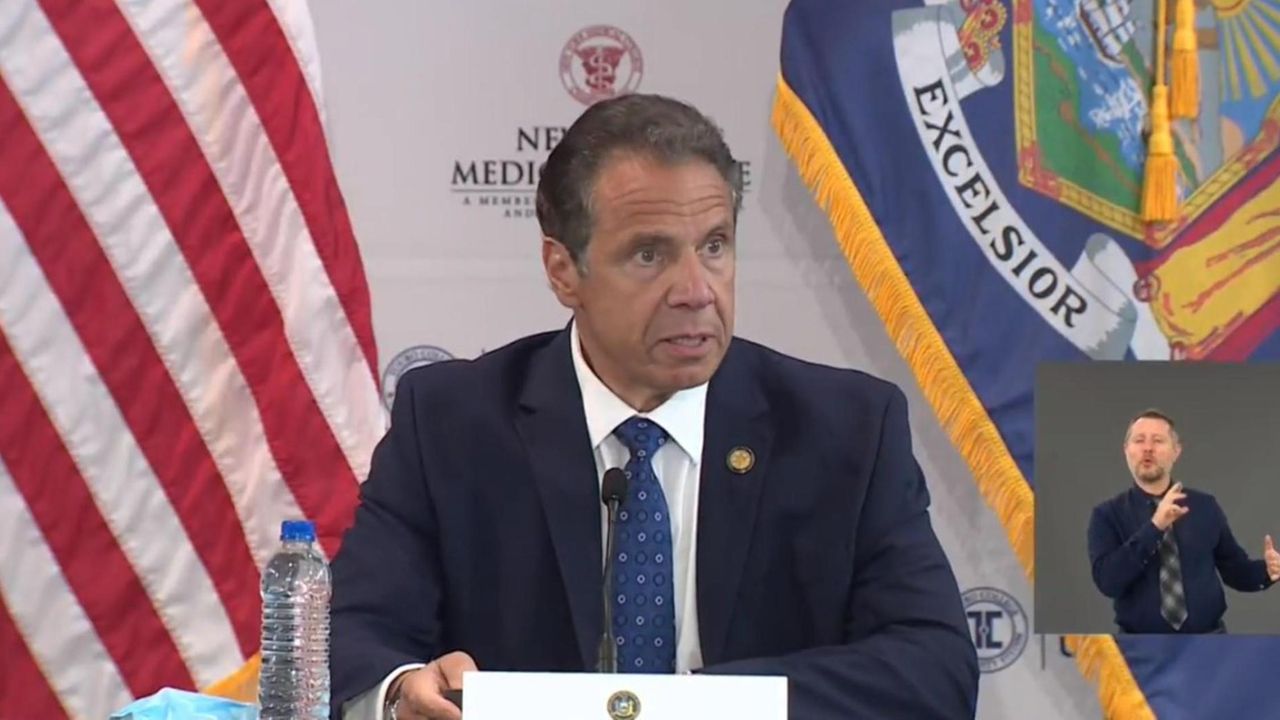 Gov. Andrew M. Cuomo on Tuesday gave his “green light” to Long Island to enter Phase 2 of reopening on Wednesday. He also announced an intensified focus on testing and tracing as the state enters a new stage of the battle against the coronavirus. Credit: Facebook / Governor Andrew Cuomo

This story was reported by Robert Brodsky, Alfonso A. Castillo, Scott Eidler, Bart Jones and David Reich-Hale. It was written by Jones.

Gov. Andrew M. Cuomo gave the official green light for Long Island to enter the second phase of reopening on Wednesday, while announcing an intensified focus on testing and tracing as the state enters a new stage of the battle against the coronavirus.

A wider range of business activities will come back on Long Island as it enters Phase 2, including offices, in-store retail, barbershops and hair salons, vehicle sales, leases and rentals, and outdoor dining.

Medical experts have been examining the region’s coronavirus indicators, and "they have said all signs are positive, so Long Island will open tomorrow,” Cuomo said Tuesday. “Their numbers are also down. They’ve made great progress.”

He noted that Long Island reported one hospital death since Monday due to COVID-19, compared to previous periods when “we were losing over 100 at one time.”

The Long Island Rail Road is shifting back into high gear, he said, describing it as “up and ready to go and in better shape than ever.” Like the New York City subway and Metro-North, the LIRR undergoes not just cleaning but disinfecting of its trains on a regular basis, he said.

With New York City having entered the first reopening phase on Monday and the mid-Hudson region entering Phase 2 on Tuesday, New York seems on a positive track, as opposed to states that reopened earlier and have seen a spike in cases, he said.

“This is a national if not international success story, what New York did,” said Cuomo, speaking from the New York Medical College in Valhalla. “We had the worst situation, and we handled it the best.”

He added: “The numbers say that, all across the board.”

An afternoon statement from Cuomo confirmed Long Island can proceed to the next phase of reopening on Wednesday.

"As more regions across the state continue with the reopening process, New Yorkers should remember it was because of their hard work that we have been able to bend the curve and reopen this quickly, and all individuals should continue to follow the necessary guidelines and precautions to help prevent a renewed increase in the spread of the virus," the statement said.

Seeking 'a sense of normalcy'

At his daily media briefing, Suffolk County Executive Steve Bellone expressed optimism on entering Phase 2. “These are things that give us a sense of normalcy, even in these abnormal times,” he said.

Getting back to work: the new office look Masks, social distancing reminders and dividers are the new normal at the office. With more Long Islanders set to return to work, we took a look at how one local business has put safety measures in place. Credit: Newsday / Thomas A. Ferrara, Chris Ware

The aim is to detect any resurgence from the virus early on and step up contact tracing efforts to tamp down the spread, he said.

Cuomo said the state has redesigned its "dashboard" tracking tool to emphasize those test results on a day-to-day basis and share that information with the public, rather than focusing on hospitalizations and deaths as the state had during the peak of the pandemic.

“We are in a new phase, we are feeling good, we’ve done great, but we have to stay smart, because reopening resets the whole game," Cuomo said. "In some ways, you go right back to Day One” as regions reopen and more people interact with each other.

In that new dashboard, Long Island showed it conducted 7,257 tests on Monday, registering 82 new positives for 1% of people tested. New York City had 2% positives, or 340 new cases, from 18,789 tests.

On Monday there were 683 new positives across the state, for a total of 379,482 confirmed coronavirus cases since the pandemic started. Nassau County had 33 new cases and Suffolk County had 49 new cases, according to New York State Department of Health data. Since the beginning, 24,348 people have died from coronavirus-related causes in the state, including 2,150 Nassau residents and 1,939 Suffolk residents.

The total number of new positives in both counties was a fraction of the high of 3,026 on April 8.

The total number of coronavirus patients hospitalized, 299, was down from a high of 4,108 in Nassau and Suffolk on April 10.

There was one hospital death Monday from COVID-19, compared to a peak of 113 on April 5.

Tying the latest information from new test results to contact tracing, and identifying locations where the virus might still be spreading, will allow health officials "to dial back the valve" of reopening as needed in each county, Cuomo said.

"This will tell you on a day-to-day basis if you start to see tremors of a spike," Cuomo said, and if those figures “start to move … then you’d want to know right away why and how.”

Curran said "hospitalizations continue to drop to new lows" in the county, with a total of 148. That compared to about 2,500 two months ago, she said.

Northwell Health on Tuesday said it had only six COVID-19 admissions in the past 24 hours at the 19 hospitals it owns and operates. Daily admissions were in the midteens last week, and that was considered low, said Terry Lynam, a Northwell spokesman.

Bellone said "we are poised to see these numbers continue to flatten and decline because we have in place what we need, which is the testing program and the contact tracing program to respond to any outbreaks that we do see.”

Curran: 'Get yer ya-yas out'

Curran said as part of her drive to revitalize the economy, she is pushing for malls to reopen.

"They are an anchor of our economy, and they're ready to come back. They have very intricate and complicated protocols of how to do it safely. We know that they're in Phase 4, that's in more than a month."

"We have seen a lot of people out of work, we know that malls employ thousands upon thousands of people. They pay millions, multiple millions of dollars in property taxes, and I am concerned that some of our malls might not make it to the other side of this pandemic."

Curran said she also hopes the number allowed by the state to attend outdoor graduations can increase from the stipulated 150. "I believe that we can expand that and make that number bigger and do it safely."

Curran said she wrote to Cuomo on Tuesday morning asking for permission to resume youth sports and practices in county parks and facilities, and "I think we should be able to resume it immediately."

“Outdoor sports are vital for kids across our county, and I believe that we can return safely, with protocols," she said.

Some 800,000 people used the subway on Monday — the first time the system has carried that many people since before the pandemic, New York City Transit interim president Sarah Feinberg said. Overall, ridership returned to about 15% of normal levels.

“There was a real spring in people’s step,” said Feinberg, who visited several lines and stations Monday. “I feel like people felt optimistic and glad to be back. They were entering the system with confidence, and not hesitancy. And we’re continuing to see that today.”