This story was reported by Rachelle Blidner, Alfonso A. Castillo, Scott Eidler, Bart Jones, David Reich-Hale and John Valenti. It was written by Jones.

Long Island and New York City are on track to enter the next phases of reopening for each region as health metrics show the state has curtailed the coronavirus spread, even as spikes occur in other parts of the country, Gov. Andrew M. Cuomo said Wednesday.

Cuomo also announced that, with the pandemic coming under greater control, on Friday he will end his daily briefings on the coronavirus crisis, though he will still make periodic appearances.

"We are going to turn the page on the immediacy of this crisis," he said. "I hope people around the country look at New York and ask 'how did they do that?' " bringing the COVID-19 infection levels from the worst to the best in the country.

"We have saved tens of thousands of lives in New York," an emotional Cuomo said.

He described the fight against the virus as an epic undertaking that New Yorkers took on.

"New York has climbed the mountain," Cuomo said. "I’m going to declare the COVID mountain, the highest mountain in the state of New York … and it’s a mountain that we had to climb and it went straight up and we couldn’t see the top because the top was in the clouds … It was hard, it was exhausting, it hurt, but you find the top through the clouds, just keep climbing … and we determined the top by flattening the curve … We created the crest … but then we had to come out the other side.”

Cuomo made the announcements after the state posted another day of good test results. The state registered 59,342 COVID-19 tests Tuesday, and only 567 of those were found to be positive for the virus — an infection level of 0.96%.

New York also posted the lowest three-day average of deaths and hospitalizations since the start of spring, with 17 lives lost Tuesday to the coronavirus.

The governor sharply criticized the federal government for its response to the COVID-19 crisis and compared New York's data to other states such as Florida, Texas and Arizona, where not only test results but hospitalization figures show a mounting crisis.

He argued that the federal government has pushed states to reopen sooner than was safe, and, as a result, the number of cases is increasing in 20 states and Puerto Rico.

The increase could threaten what he described as New York’s successful handling of the crisis, he said, if people from those states travel here.

The number of new coronavirus cases continued to drop to levels not seen since the early days of the pandemic. Nassau reported 30 new confirmed cases in the last 24 hours, and Suffolk reported 32, according to state data released Wednesday. New York as a whole registered 567 new cases, including 350 in New York City.

Cuomo also stated that the federal government did not take the right steps at the start of the crisis.

“How did that happen? … Nobody ever told us."

He noted that the federal government did not impose a ban on travel from Europe until March 16. From January until that date, some 3 million travelers arrived at JFK and Newark airports from Europe, he said.

The federal government never screened the passengers, he said.

The crisis “had nothing to do with New Yorkers … It’s because we were misled, we were misinformed."

Asked Wednesday on “Good Morning America" whether he regretted not shutting down the state earlier, amid criticism that lives could have been saved, he said: “Well, we didn’t have the information then." 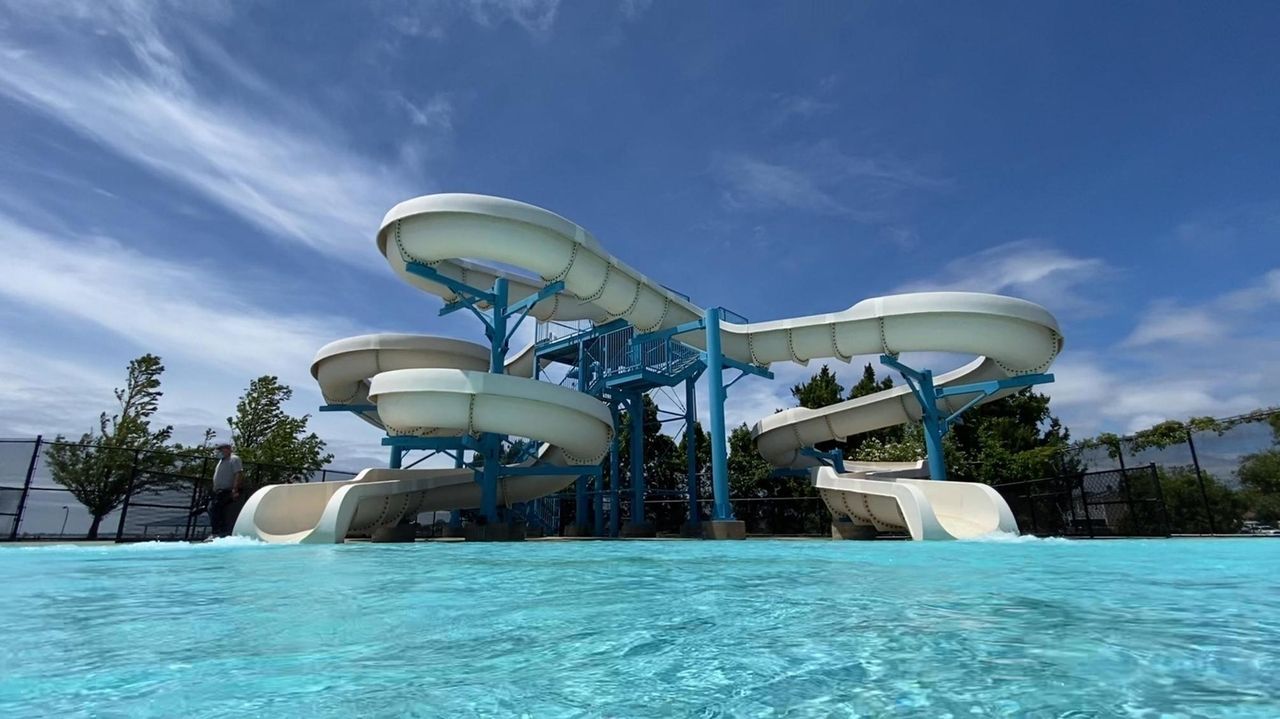 Nassau's pools will open July 3 with new protocols in place as part of Phase 3 Nassau's pools are slated to open on July 3, but it won't be the typical pool experience. Here’s the latest daily coronavirus wrap-up video. Credit: Howard Schnapp; File footage

Suffolk County Executive Steve Bellone said the county is facing a budget hole of at least $800 million over two years, and up to $1.5 billion over three years. He said federal aid is the only way to “prevent taxpayers from being forced to bear the burden from the cost of COVID-19.”

Bellone compared the coronavirus crisis to a Category 5 hurricane. “It’s a natural disaster of another kind.”

In Nassau, County Executive Laura Curran said Wednesday the county is preparing to open public pools to residents. “We’re eager to reopen and we’ll go as far as the state will let us go,” she said.

Cuomo said he does not know whether schools will open for the fall semester.

“We have to see where the virus is," he said. “To say today as we sit here, in June, what is going to happen in September? Nobody can tell you.”

The number of MTA customers complying with the requirement to wear masks is up to 95%, New York City Transit president Sarah Feinberg said Wednesday.

Feinberg — speaking at a webinar hosted by amNewYork — also said the Metropolitan Transportation Authority has no immediate plans to discontinue overnight shutdowns of the subway system for trains and stations to undergo deep cleaning.

“We do this all the way from Long Island out to Penn and Jamaica,” said Peluso, national representative of the Transportation Communication Union. “We’re out there … to help the customers feel safe in returning back to some sort of normalcy throughout Long Island.”

Northwell Health on Wednesday said it had 361 hospitalized COVID-19 patients at the 19 hospitals it owns and operates, essentially flat from the same period last week.

The less than 2% decline is the smallest percentage drop Northwell has registered since the numbers started coming down after April 10.