An empty hospital bed sits in an operating room of the ER at New York Downtown Hospital in 2007. Credit: Bloomberg News / Daniel Acker

ALBANY — New York State's significant shortage of hospital beds in the midst of the coronavirus crisis comes after years of slashing the number of beds to trim health care costs.

The COVID-19 virus was projected to require as many as twice the number of hospital beds that now exist statewide, and 10 times the number of intensive care beds.

The state has 53,470 hospital beds, most of them already occupied, and victims of the COVID-19 virus alone may require 55,000 to 110,000 beds, according to the state’s projections. The state’s hospital capacity includes 3,186 intensive care beds, now mostly occupied, and the virus is projected to require 37,000, Gov. Andrew M. Cuomo has said.

Nationally, for a country with nearly 330 million people, there are fewer than 1 million staffed hospital beds, fewer than China, South Korea or Italy, Cuomo said in a letter to President Donald Trump seeking aid.

“When you see that chart of the curve, I see it as a wave, and the wave is going to break on the hospital system," said Cuomo, who urged using the resources of the Army and Navy to increase hospital space. "Any projection — it’s an avalanche … any projection.”

This crisis of too little capacity, however, follows years of a determined effort by the state and the politically powerful health care industry to combat a different crisis: Too much capacity.

In 2006, then-Gov. George Pataki and the State Legislature appointed the Berger Commission to make a historic overhaul of New York’s health care system. A major target was to “reduce excess capacity that plagues” hospitals and nursing homes, according to the report.

The goal was to close some hospitals and downsize others to modernize health care with new, expensive equipment and to rely more on outpatient care, which is cheaper and more efficient and avoids exposure to infections that plague hospitals.

At the time, the occupancy rate in New York was 65% compared with “the ideal rate of 85%, which ensures efficient operations and allows surge capacity for periods when daily patient census increases,” the report said.

Back then, Long Island hospitals’ occupancy rate was a state-leading 73%.

Empty beds cost hospitals for staff and material, while failing to attract Medicaid funding. That put hospitals at a disadvantage in negotiating prices, in attracting the best doctors and nurses, affording new and advanced equipment, and provided little incentive for physicians to discharge patients promptly, the report stated.

That would save as much as $1 billion in state budgets slammed by an explosion in Medicaid payments to hospitals. The effort would also improve the bottom line of the remaining hospitals by allowing the facilities to direct attention to outpatient and other services that would draw more Medicaid funding than empty beds.

At the time, the New York branch of the American College of Emergency Physicians questioned the commission’s findings: “We are asked to participate in planning for pandemic outbreaks and unnatural disasters while we acknowledge that we cannot provide care to the patients we already have.”

Opposition was intense. Residents argued the hospitals were the essence of their neighborhood a major employer, and comfort to generations of people. Others said closing hospitals was “the equivalent of treating a head cold with an amputation.”

In Albany, the issue was so politically dicey that the legislature and Pataki authorized the commission’s recommendations to have the force of law, without a public vote by elected officials.

Fast-forward to the coronavirus outbreak. Cuomo said President Donald Trump agreed to the governor's request that the Army Corps of Engineers come to New York to find, retrofit and build more hospital space.

On Saturday, Cuomo announced that Long Island could be the site of two "pop-up" hospitals, one at SUNY Stony Brook in Suffolk County and another at SUNY Westbury in Nassau County. The Jacob Javits Convention Center in Manhattan was also identified as a possible hospital location, the governor said.

The Navy hospital ship Comfort is also headed to New York Harbor along with its 1,000 beds and staff, Cuomo said this week. Meanwhile, hospitals on Long Island and in New York City are discharging patients faster and suspending elective surgery.

“Why? Because our health care system is basically a private system,” Cuomo said. “They don’t build capacity they don’t need … or ‘just in case’ because intensive care units are very expensive. They don’t build ICU on the off-chance that in 10 years you’ll need them. It’s not economical. They just don’t have them. And that’s not just in New York.”

“The whole mantra through the state, and the nation, was the length of stay in hospitals is too long and we don’t need to have excess, unused capacity,” said Kemp Hannon, the longtime Senate Health Committee chairman from Garden City.

“I think it was shortsighted in terms of emergency planning as opposed to health-care planning,” Hannon said. “The virus is not the only thing where you are going to need greater capacity all of a sudden. Look at Nashville, the tornado; or the West Coast fires and mudslides. There is a need for, ‘OK, what are we doing in emergencies?’ I thought more would have come out of that in the Sandy episode … right in Nassau County, we used the Grumman facility.”

Hannon referred to superstorm Sandy in 2012 when Northrop Grumman was among several companies that provided health care space. 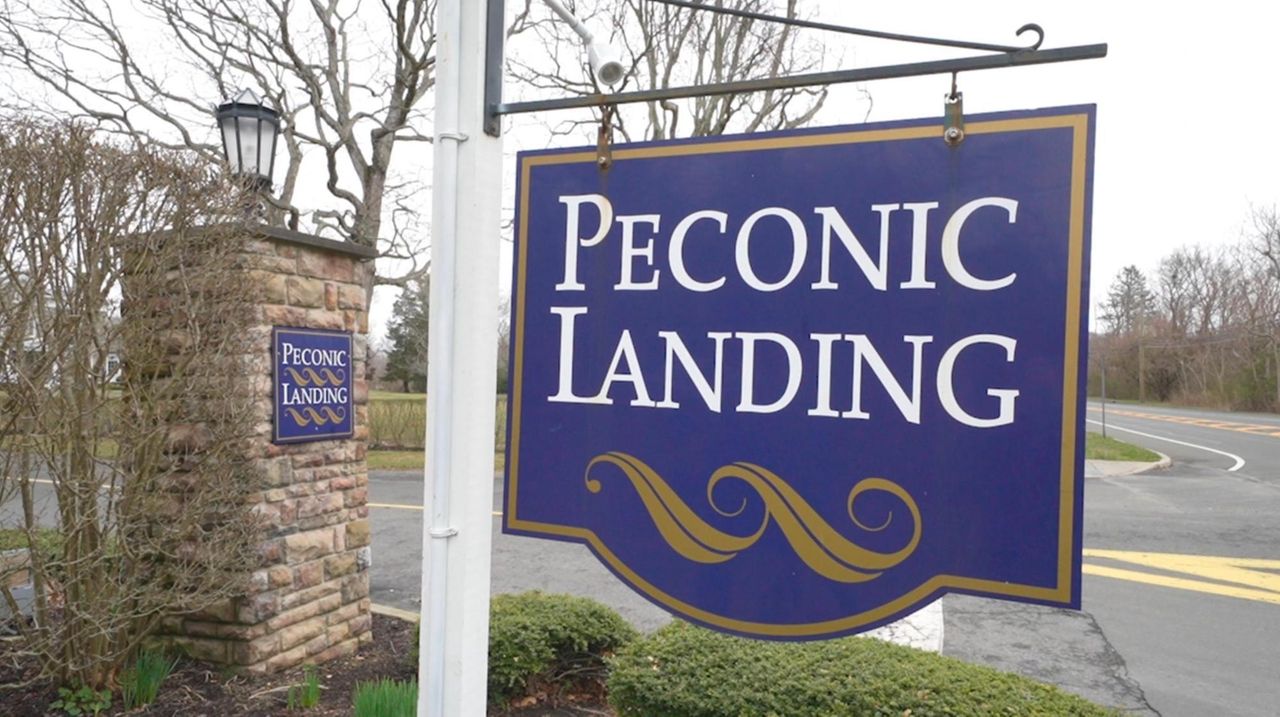 “The Berger Commission was focused on a world in which there wasn’t a sudden demand for thousands of hospital beds,” said Bill Hammond, health care analyst for the Empire Center think tank.

“The question is how many empty beds do you want to have?” Hammond said. “I don’t think they contemplated the kind of surge we are experiencing.”

Hammond noted that the commission wasn’t just concerned with saving money, but improving and modernizing care. Some hospitals today still have many empty beds and that reduces funding, which hurts care and modernization, he said.

“We need to have surge capacity whether that looks like a bunch of permanent hospitals that always have empty beds waiting for the next virus, or whether it looks like the ability of putting up tents in parking lots in a pinch,” Hammond said. “It bears some studying.” 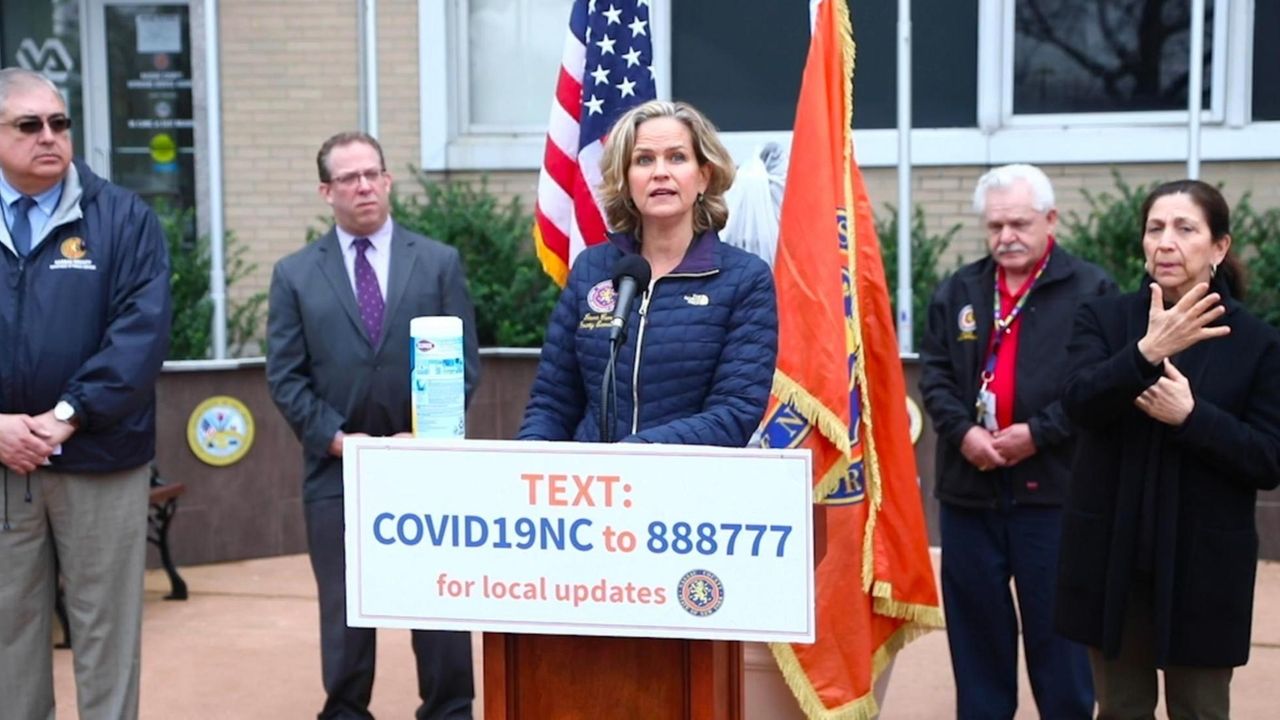 Hammond said that until COVID-19 hit, the prevailing effort in the state’s health care system continued to be reducing excess capacity.

“We never look to the horizon in politics,” said Michael Balboni, executive director of the Greater New York Health Care Facilities Association, who also runs an emergency management firm. “It’s all about the next election or the issue of the day,” said the former state senator from East Williston. “We have no elasticity in the system. None.”

“If you told people 20 years ago that this is what you need to do, they would say, ‘What? We need money for now,’” Balboni said. “But it’s not that ‘It’s not going to happen.’ It’s just a matter of when.”

Charles Brecher, professor emeritus in health care administration at New York University, doesn’t blame the Berger Commission. He said the commission pursued a still-laudable goal of modernizing health care, which continues to be the nationwide goal. 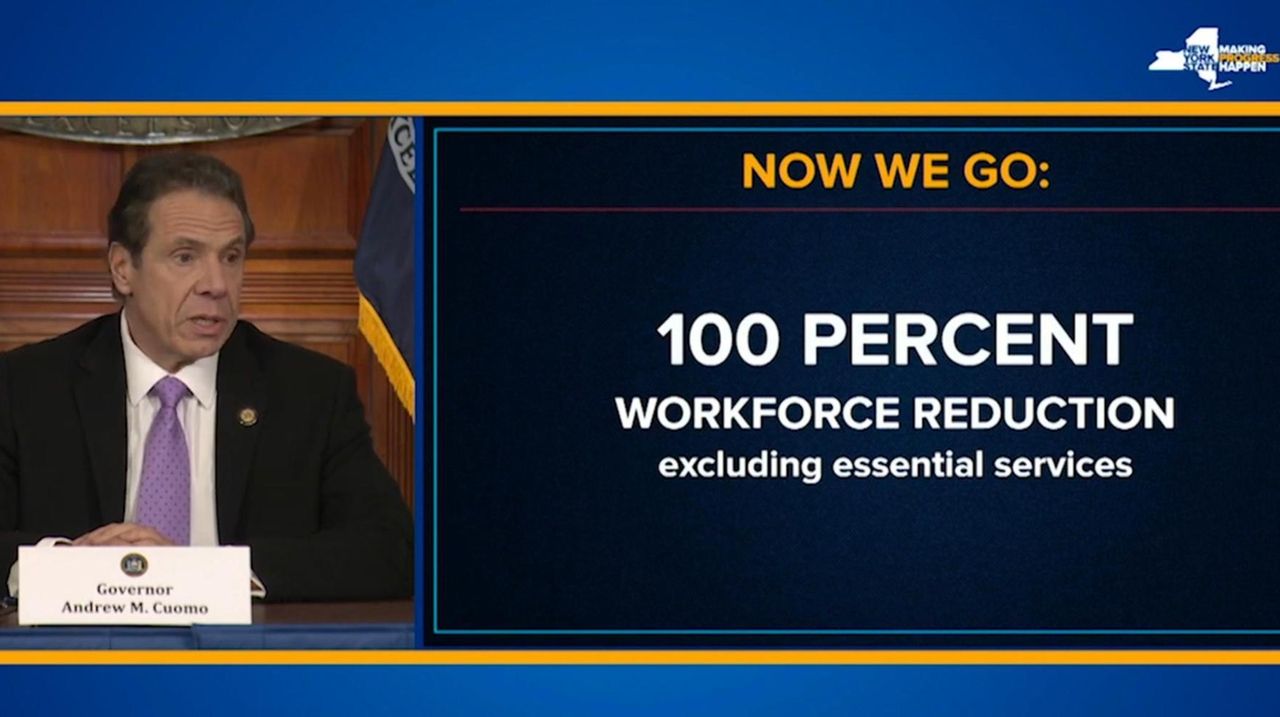 Gov. Cuomo shuts down all nonessential work places On Friday, Gov. Andrew M. Cuomo ordered the shutdown of all businesses, except for essential services, in what he said were a series of measures that are the "ultimate step" to stop the coronavirus outbreak. Credit: NY Governor's Office

“The fault is in backup emergency planning and how to expand capacity in an emergency,” said Brecher, who is also the senior adviser for health care policy at the independent Citizens Budget Commission. “The spike on this virus is going to be enormous and there hasn’t quite been enough emergency planning.

“I guess people just don’t like to think about unpleasant things,” Brecher said. “It’s denial … but we’re learning, sometimes you have to do it. The consequences of not doing it are pretty serious.”

As for Cuomo, he reflected on the lengthening list of disasters New Yorkers have faced in his decade in office — hurricanes, floods, snowstorms, racial attacks and terrorist threats — and said: “You’re going to see more of this.”

A letter from the publisherAs these events swirl around us in ways that we never could have imagined, I want to pause and remind you how important you are to us, and how seriously we take our responsibility to you. What's considered an 'essential business'?Gov. Cuomo ordered employers throughout the state to send their workers home, effectively shutting down all businesses except for essential services. How to talk to kids about the coronavirusParents should downplay the frenzy and emphasize the precautions, experts say. Cuomo: NY coronavirus cases surpass 2,000; Trump sending 'floating hospital' to NYCBusinesses statewide will be required to operate with no more than 50% of employees, except for those providing essential services. Indoor parts of shopping malls, amusement parks and bowling alleys will close today in NY.