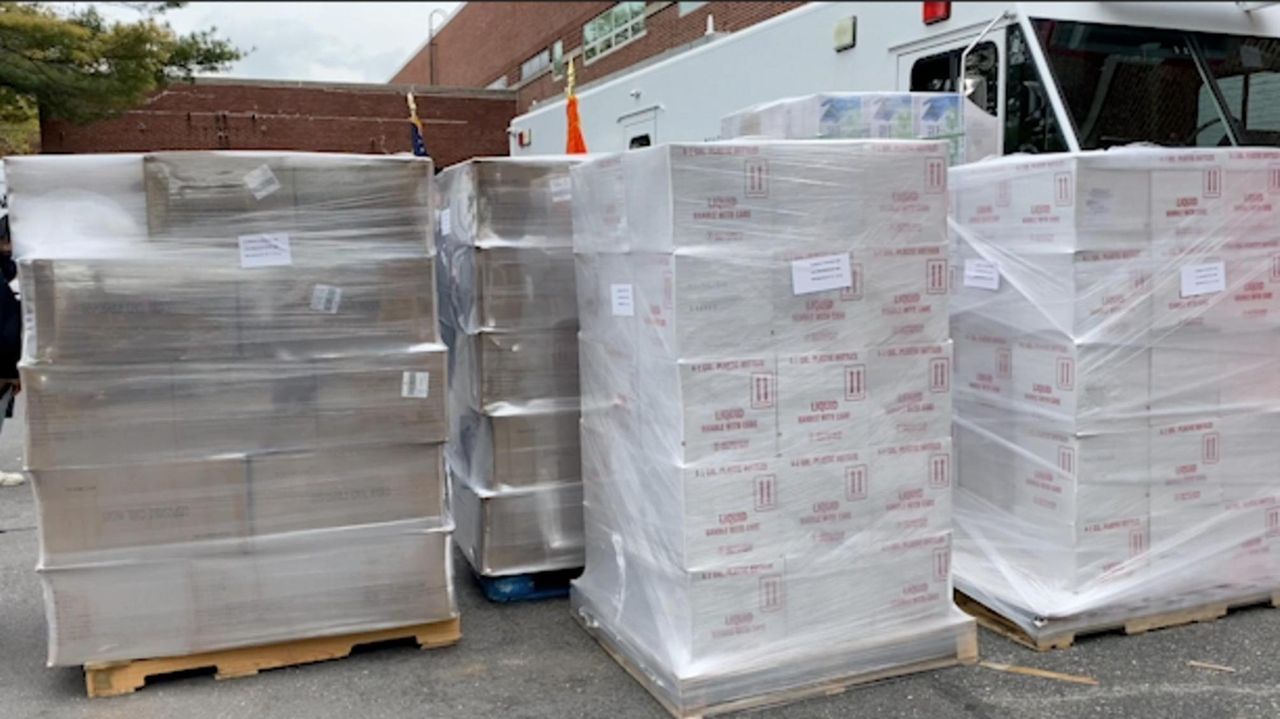 A Farmingdale-based manufacturer and distributor of janitorial products on Monday donated about $800,000 worth of personal protective equipment to Long Island police officers on the front lines of the coronavirus response, officials said.

Nassau police Commissioner Patrick Ryder and Suffolk police Chief of Department Stuart Cameron accepted the donations outside the Nassau Office of Emergency Management warehouse in Bethpage from Scott Genoa, vice president of Nationwide Sales and Service Inc. The personal protection equipment donation comes as police departments across Long Island have struggled to stock masks and gloves for its officers amid the fight against the global pandemic.

“It’s been in short supply all along; it’s been in high demand,” Cameron said. “There have been times where we’ve come very close to running out of some of these items. And I’ve had a lot of sleepless nights worried about the troops because we wouldn’t have this. So this generous donation will keep us in PPE for a long time.”

“We appreciate what Nassau and Suffolk does for us,” Genoa said. “I live in Nassau, my business is in Suffolk and we only wish the best and we want to help support. And we will be doing more in the future. … Everybody get out and donate.”

Ryder, standing behind the county's 48,000-square-foot OEM warehouse where the county's supply of personal protection equipment is housed, said the State Police and smaller village police departments on Long Island also would receive some of the supplies.

“We just want to say thank you, thank you for continuing to support us in law enforcement, our first responders,” Ryder said. “All of these items that are given and being shared between Nassau, Suffolk, our State Police and our villages are all important for the first responders to know that they’re being taken care of, so they can go out there and take care of the public.”

Ryder said Monday marked the sixth consecutive day the Nassau police had no new case of coronavirus in its ranks. In total, 193 police officers have tested positive for the virus, said Det. Christopher Barling, a Nassau police spokesman. In Suffolk, 87 sworn members have tested positive and of those, 79 are back at work, Suffolk police said. The department is on its 11th consecutive day with no additional cases.

"It's important for our members to know they're getting the best equipment, they’re getting the top notch stuff to go out there," Ryder said. "They want to feel safe that when they go home to their loves ones, they're not bringing anything home.”