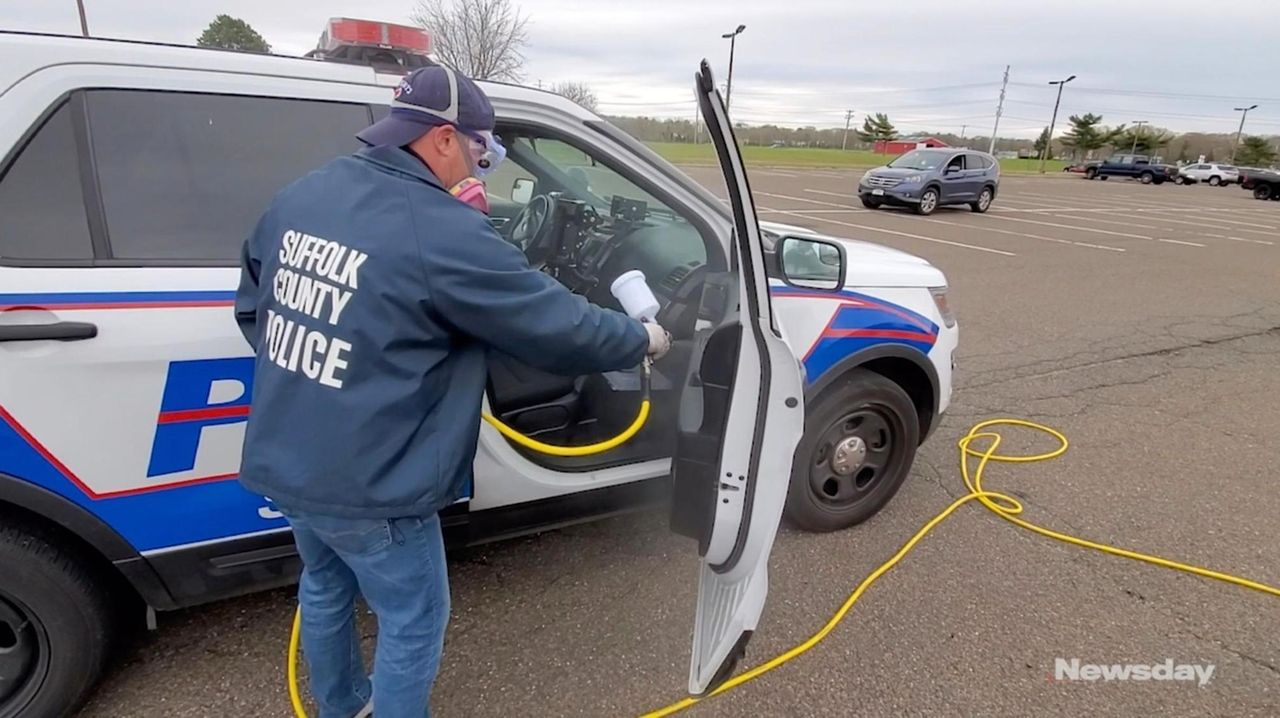 Thousands of Long Island police officers and other first responders will soon know if they have been exposed to the coronavirus — even without displaying symptoms — thanks to an antibody testing program started this week.

The testing, designed to accommodate up to 500 cops and other first responders per day, checks for the antibodies experts believe could provide immunity from COVID-19. Those who test positive for the antibodies are presumed to have some level of immunity.

“Knowledge is power,” Nassau Police Commissioner Patrick Ryder said, “and we need power over this virus.”

Northwell Health is conducting the testing in partnership with the Nassau and Suffolk police departments. Testing can help the departments and other Long Island first responder agencies direct resources to prevent transmission of the virus.

“If a precinct is testing higher than other precincts, we can mitigate that by sending it the right resources,” said Suffolk Police Commissioner Geraldine Hart.

Officers assume risks when they embark on careers in law enforcement, Hart said, but their friends and relatives don't. Cops who test positive for the antibodies, even if they were not symptomatic, can take necessary precautions to protect their loved ones, she said.

“I’m happy we can bring some sort of peace of mind to the officers’ families,” Hart said.

Northwell Health launched the testing program at the request of officials in both counties, said Christopher Zavala, a spokesman for the New Hyde Park-based health care system.

Testing will be conducted five days a week at alternating sites in Nassau and Suffolk counties at least until the end of May. Participants will learn if they have the antibodies in three to five days, Zavala said.

In Nassau, firefighters, EMTs and other first responders as well as police officers can be tested, officials said. In Suffolk, the program is open to officers who work for any of the county’s law enforcement agencies. Officials in both counties said the testing could be expanded to other essential county workers.

Ryder said he knew there was a lot of pent-up demand for antibody tests after Friday’s soft opening, when about 300 first responders showed up at a Nassau site for testing. More than 650 officers were tested Monday in Suffolk, Hart said. Four hundred people were tested Tuesday at a Nassau site.

Cops and first responders eligible for the program are encouraged to preregister for testing, although walk-ins are permitted. Officers who preregister, Zavala said, can complete the testing — which requires a blood sample — in 10 minutes or less.

Althought first responders who test positive for antibodies are presumed to have some level of immunity, Zavala said, researchers have not reached any firm conclusions about the protection afforded by testing.

Hart said many Suffolk police officers have told her they plan to donate their plasma through the New York Blood Center if they test positive. Zavala said researchers believe, but have not concluded, that plasma containing coronavirus antibodies can help very sick patients recover from the disease that has so far infected more than 70,000 across Long Island.

“Our members,” Hart said, “are excited about donating plasma that could save somebody’s life.”

A third Pfizer shot? It's 'likely,' says CEO
34:06
COVID-19 continues to spread as people socialize more
1:35
For LI's vulnerable homeless population, a place to get vaccinated
Polls: Staffing, COVID precautions are hurdles to firms' growth
Should kids get a shot? Long Island parents differ on COVID-19 vaccine
1:55
This recession — aka 'she-cession' —  is hitting women especially hard
Didn’t find what you were looking for?