How the coronavirus pandemic changed these Long Islanders

But some Long Islanders have rejected the notion they must merely cope and survive under new and difficult circumstances.

They have used the time the pandemic has afforded them to pursue goals they have put off for years, and to make major life decisions.

For them, living during this historic health crisis has sparked newfound motivation and creativity, enabling them to not only endure — but also to thrive.

Here are some of their stories:

The sleeping accommodations for Primis’ pet ferrets, who nap in a cage on specialized beds, got the 13-year-old student thinking and churning her own mental hamster wheel.

The Commack resident learned how to use a sewing machine last school year. She realized she could make her own beds for exotic animals — think pet hammocks fastened to their cages — and sell them online, she said.

And just like that, CozyPawsCo. was born on July 24 when she made her first sale.

“I took something good out of the quarantine and corona. It definitely gave me something to do with all the time I have,” Primis said. “I‘m very thankful I got the opportunity to make a business during quarantine.”

Each hammock, sewn out of fleece, cotton or flannel, takes Primis between 45 minutes and two hours to make, the eighth-grader said.

She markets them on her personal Instagram page, where she had more than 6,300 followers this month.

Primis’ mother, Tara, 45, said she couldn’t be prouder of her blossoming businesswoman daughter.

“It’s inspirational, even for adults who are looking to do something out of the ordinary,” she said.

The bedding is meant for such animals as ferrets, rats and chinchillas, Ryan Primis said, adding that she has sold 56 hammocks in five weeks.

The teen said she will continue her entrepreneurial endeavor and hopes to use her earnings “for the future … and college.” She said although similar products are available for exotic animals, her pet hammocks are the strongest and best.

“I do own three ferrets, so I know what small animals like and what’s best for them,” she said. “I keep their safety in mind while sewing each item. I make my hammocks with fun patterns and soft fabrics.”

Working from home for Tina Rustyak meant laboring at her full-time insurance job on top of studying to get a state-accredited insurance broker’s license.

Rustyak, 57, of Farmingdale, had been mulling pursuing a broker’s license for two years. But life for the mother of two boys, ages 15 and under, always got in the way.

It wasn’t until the pandemic hit that she was able to take a 40-hour online course, rather than going after the license in a classroom setting.

After a lot of hard work, Rustyak passed the 100-question state exam in July.

“I basically studied every free minute I had,” said Rustyak, who lauded her husband and sons for supporting her. “I would fall asleep studying. I felt like I was in college again. I was determined, I was getting this.”

Rustyak’s accomplishment led to a raise but, more importantly, a sense of achievement.

“It gives me more credibility to my clients that I passed that exam. It’s a tough exam. My bosses are very happy about it,” she said. “I can put licensed broker at the end of my name, which is a big deal for me.”

Rustyak said the pandemic increased her stress and made her nervous about the world’s new realities.

Focusing on her career goal took her mind off all the unknowns, and provided a lesson her boys could follow, she said.

“It was good for my children to see that. To see my studying, to see me working on my goal. Life goes on and I’m thinking about my future — a good future,” Rustyak said.

USING HIS VOICE TO HELP OTHERS COPE

Ezra McNeill’s podcast — “Real Talk with Ezra” — established him with listeners as the “Voice of VSU.”

After graduating from Virginia State University in May with a bachelor’s degree in mass communications, the Westbury resident said the pandemic threw his life plans for a loop, erasing most media internships. The health crisis also forced him to adapt to continue to build his brand around the podcast.

“I had to find ways to still get the story out, or the information out, just by myself. It was so weird, just doing it on my own. I wasn’t used to it,” McNeill said.

He explained how during his undergraduate studies, his podcast episodes were heavily reliant on experts who carried conversations. He also had at his disposal a campus radio station and audio laboratory he used to produce shows.

McNeill now uses a smartphone application to record his podcast. He has had to become the dominant voice and expert on his show. McNeill said the podcast addresses issues affecting young adults such as post-graduation depression.

He launched it in February 2019 and has garnered more than 10,000 listeners, which has met the threshold for making it available on major platforms such as Apple Podcasts and iHeartRadio, McNeill said.

He has attracted about 1,200 new listeners since June. The podcast now largely focuses on how to cope and excel during the pandemic, he said.

“A lot of people are still trying to find some type of comfort, some type of reassurance that everything is going to be OK while this craziness is happening. Are you doing the necessary things to keep your head straight?” McNeill said.

He added that the podcast is not about him.

“I’m using my platform for others to branch out, say what they’re going through and how they overcame it,” McNeill said. “I’m grateful that I’m still able to use my voice and still have some people listening to me who have gotten something from what I’m saying.”

SETTING A GOAL AND STICKING TO IT 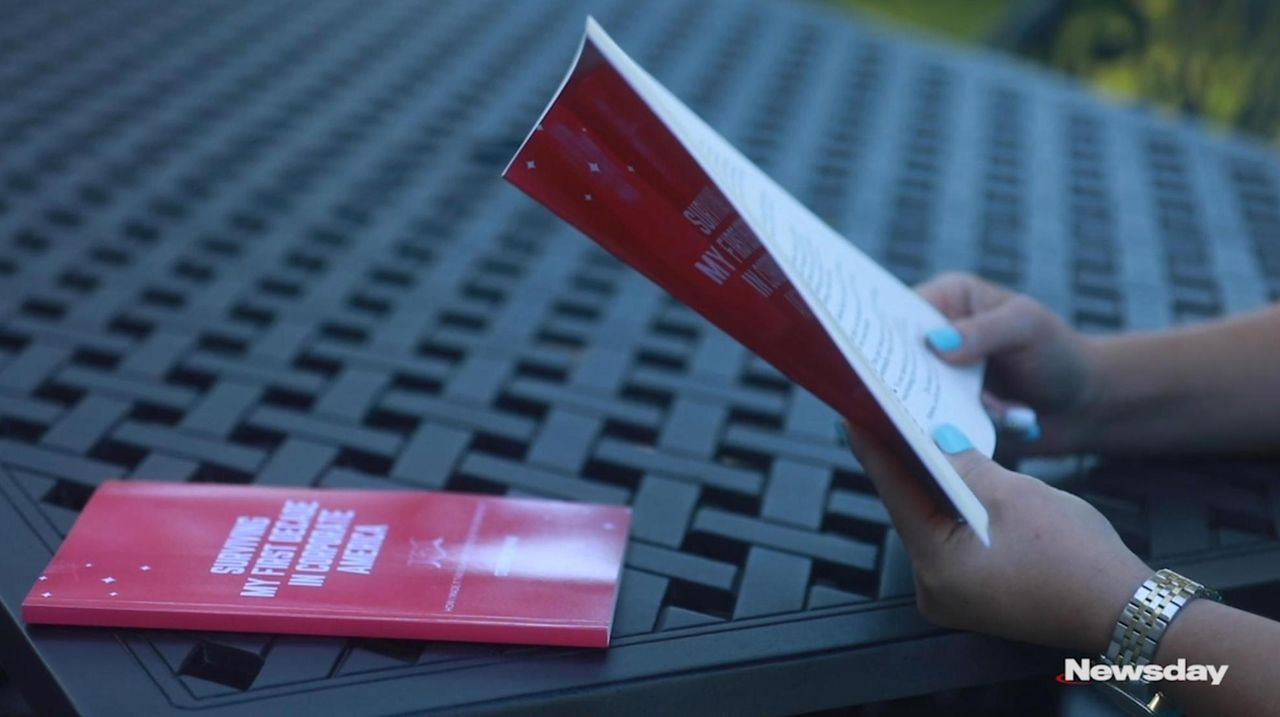 But the disease didn’t curtail her desire to write a book.

Hayman, 30, of Hauppauge, said she maximized her time at home during the pandemic and completed "Surviving My First Decade In Corporate America," released last month.

“If not for the pandemic, this would have taken me at least a year longer,” the novice author said.

Hayman, who works as a marketing manager for a financial technology company, said instead of letting the feeling of being overwhelmed because of the pandemic sink her, she chose to get up at 5 a.m. and write.

“I was able to get up, kick-start my book by putting in a few hours," she said. "By 9 a.m., I was hopping on my computer and starting my workday.”

Hayman completed her book about personal trials and triumphs in the corporate world in May. The book tackles subjects such as the glass ceiling, asking for a raise and office relationships, she said.

The book “kept me occupied, and frankly, kept me happy. It gave me a clear goal and motivation,” Hayman said.

Hayman self-published after shopping around for a publisher and experiencing a lot of delayed responses, probably because of the pandemic, she said. "Surviving" is available as an e-book and paperback.

Hayman defines her book’s success not by sales, but through “helping the next generation,” she said.

No matter what the circumstances, even during a deadly pandemic, people can succeed, Hayman said.

“You can let the negativity eat away at you, or you can really focus on the positives,” she said. “Something that seems like a glimmer in the distance, you can make something great out of 2020.”