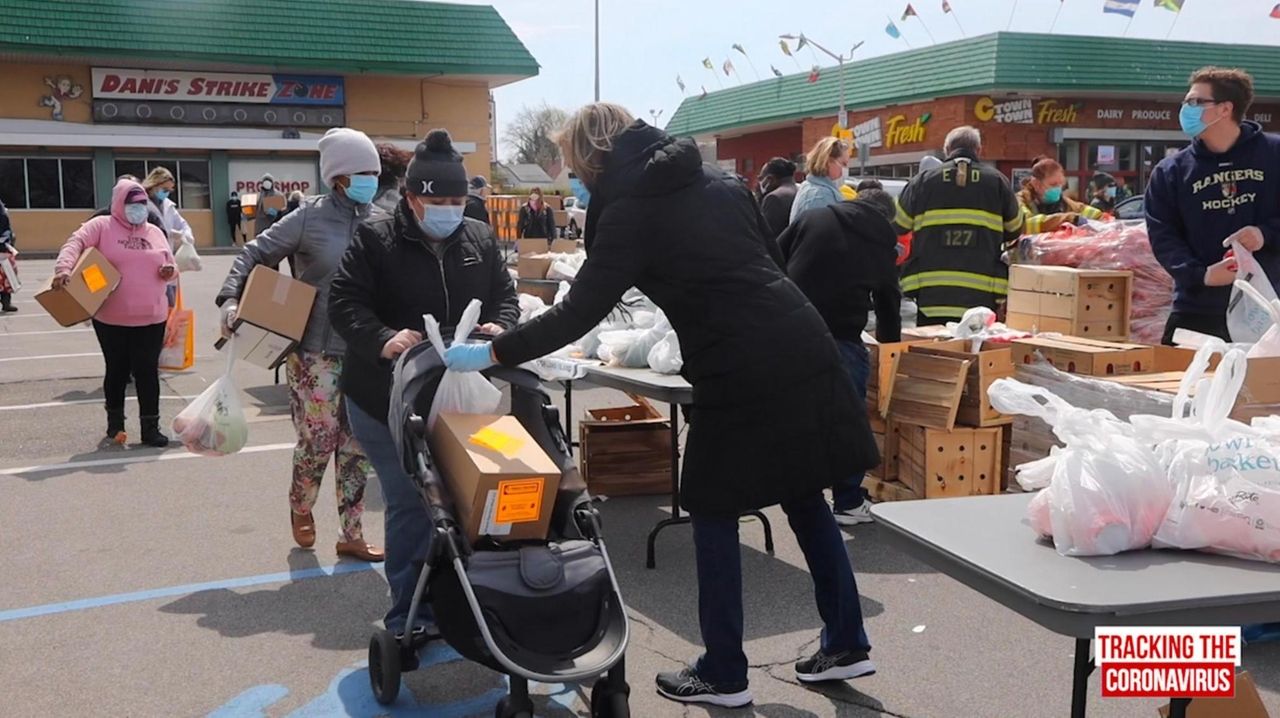 The coronavirus pandemic has led to more Long Islanders in need of food. Many waited on long lines in Elmont on Friday, where food was distributed by Island Harvest Food Bank. Newsday's Cecilia Dowd has the story.  Credit: Newsday / Shelby Knowles; Howard Schnapp

Testing for coronavirus will be the “new frontier” in the battle to control the pandemic in New York, Gov. Andrew M. Cuomo said Friday, but he insisted it won’t happen without the help of the federal government.

Cuomo criticized President Donald Trump for failing to provide that federal support for testing, which provoked a real-time Twitter riposte from the president that escalated into an epic clash between the two natives of Queens.

Even as Cuomo reported that hospitalization, intubation and ICU admission rates are improving in New York, he said the pandemic will not come under full control to allow a careful restart of the economy until widespread testing and contact tracing is implemented.

“The next frontier is going to be testing,” Cuomo said at his briefing in Albany.

Much of that effort will depend on the state's ability to ramp up the ability to diagnose COVID-19 viral infections through a network of public testing facilities, as well as some 301 private labs. Cuomo announced he is directing those labs to coordinate with the state Department of Health to prioritize diagnostic testing on coronavirus.

The state also needs help from the federal government to increase that capacity, because many of the materials needed are manufactured in China.

He went on to say that the federal government is also developing its own testing, so that states and the U.S. government are competing against each other, as they were with the hunt for protective gear for health care workers and ventilators for patients.

Trump’s response, in part, delivered over Twitter, was that Cuomo should stop complaining and the federal government has gone out of its way to help New York with temporary hospital beds, protective gear, and ventilators.

For his part, Cuomo accused the president of botching the response to the coronavirus crisis, demanding constant praise, and watching TV instead of working. He even invoked Trump’s TV show “The Apprentice,” suggesting he should fire his advisers if he didn’t like their work.

Trump’s failure to help states with the testing is the equivalent, Cuomo said, of "passing the buck without passing the bucks" and "not giving the financial assistance to actually perform the responsibility."

Later in the day, Trump said during his briefing the United States has “the most robust testing in the world” with hundreds of thousands of tests done nationwide. “The surge seems to be over,”  Trump said, with sufficient testing “to begin reopening the country.”

He also said the Food and Drug Administration had approved two new antibody tests, bringing the total to four, so scientists can determine how many people have recovered from COVID-19. America is seeing “the light at the end of the tunnel.” 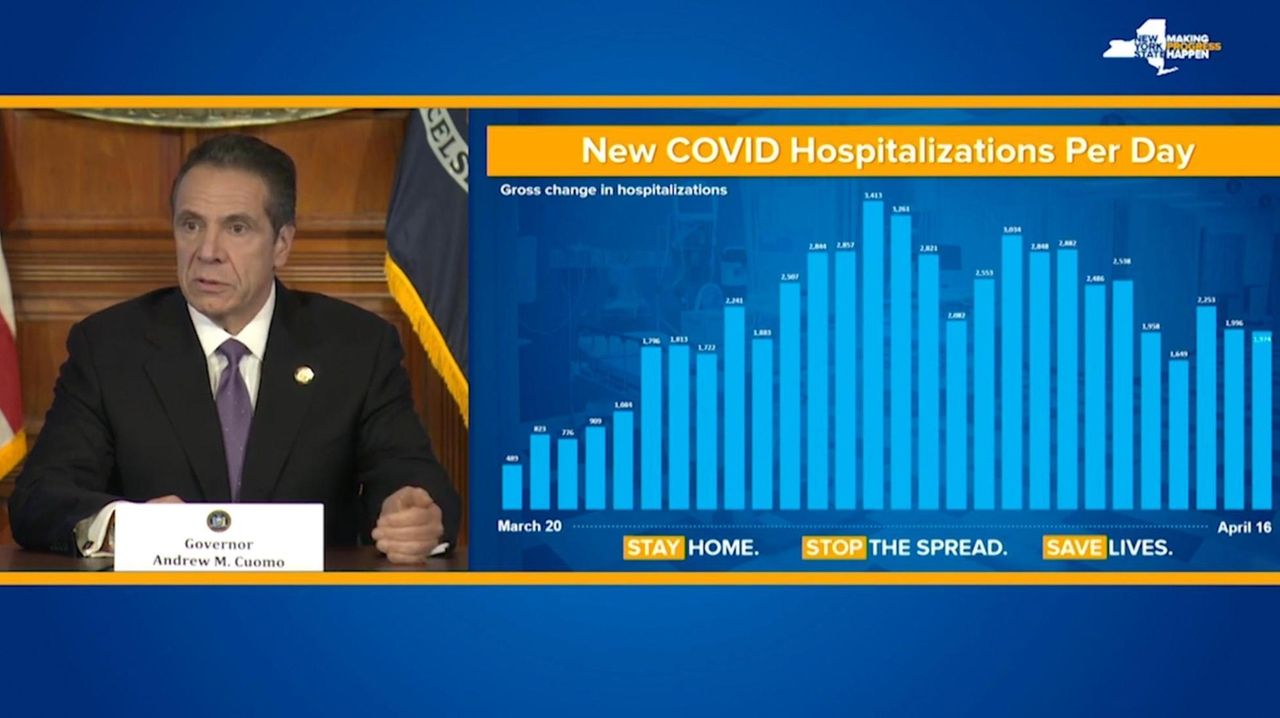 Before the feud with Trump, Cuomo reported another devastating day of coronavirus deaths in the state, with 630 people succumbing to the virus.

That followed 606 deaths the day before and 671 deaths reported on Monday. But for about a week and a half, New York has seen 700 deaths a day or more.

“The number of deaths unfortunately refuses to come down dramatically,” Cuomo lamented. “That is still breathtaking in its pain and grief and tragedy.”

The pandemic made itself felt in other ways. Officials said Friday that the Bethpage Air Show at Jones Beach State Park featuring the U.S. Navy Blue Angels and planned for Memorial Day weekend has been canceled to prevent spread. 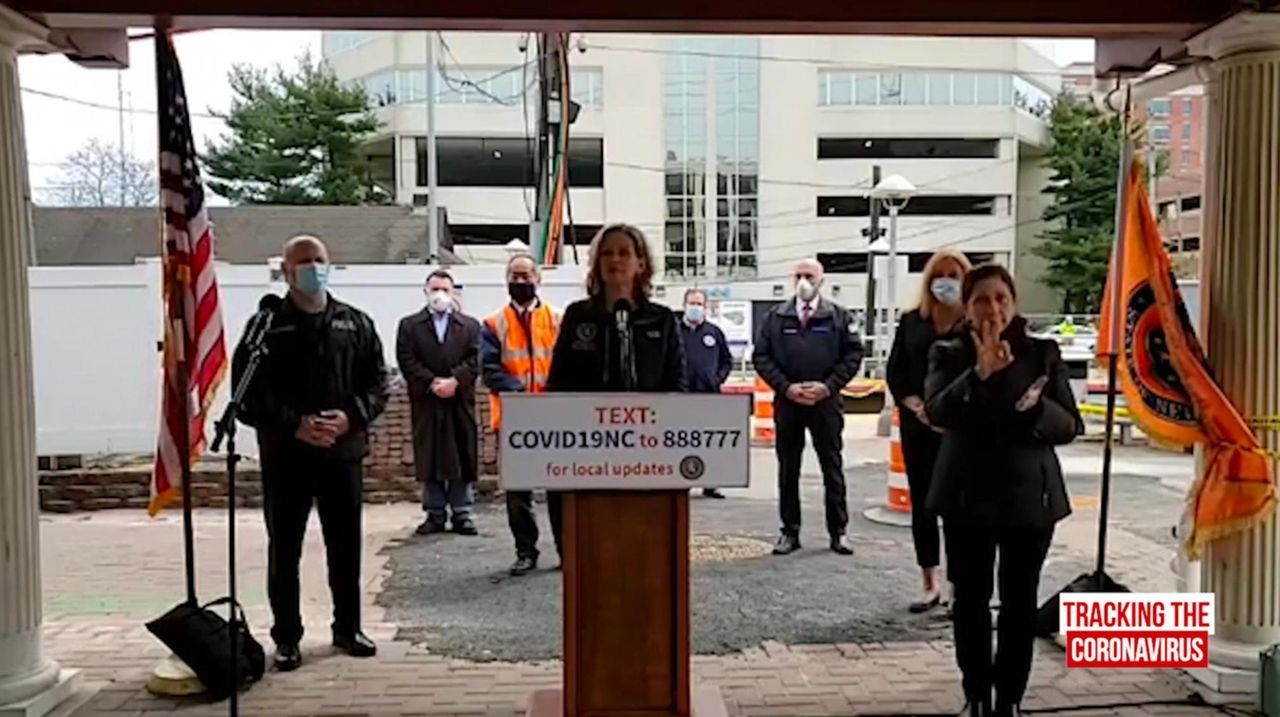 Also on Friday, New York City Mayor Bill de Blasio said the city would decide soon whether to allow June parades, which include some of the biggest of the year.

New Hyde Park-based Northwell Health, the largest health system in the state, said Friday that the number of COVID-19 patients at its hospitals had fallen to 2,757.

Northwell had been reporting more than 3,000 COVID-19 patients daily between April 2 and Wednesday. It hit a high of 3,425 on April 7. 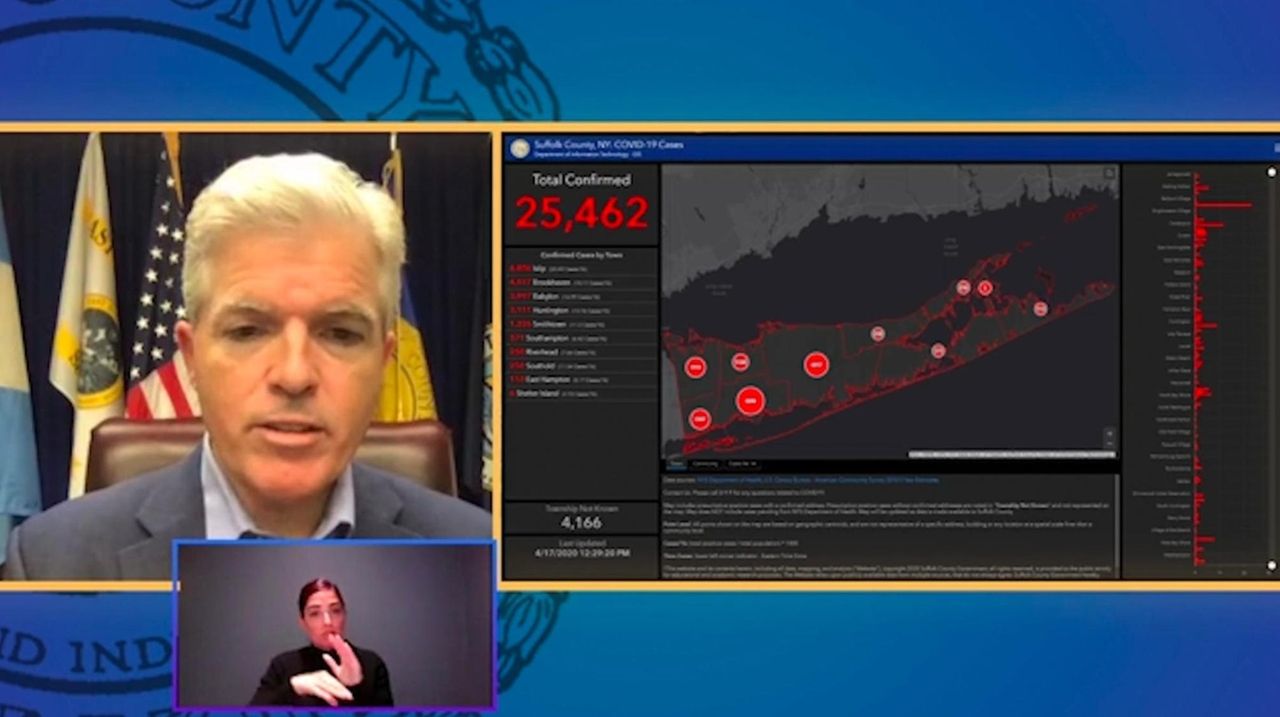 "We are falling by more than 100 per day, so it's very good news," said Terry Lynam, a spokesman at the health system.

The new figures represented totals by the end of Thursday, but the state did not provide detailed counts of deaths at the county level Friday.

“The number of discharges continue to far outpace new patients,” she said.

The number of patients on ventilators declined by 16, to 489, she added.

In Suffolk, the number of hospitalizations, occupied ICU beds and intubations appears to be plateauing, with signs that they are decreasing, County Executive Steve Bellone said.

An additional 122 coronavirus patients were discharged from hospitals in the past 24 hours.

“We are moving hopefully downward,” Bellone said, adding the sacrifices that everyone is making "are paying off."

Curran said more police and correctional officers were cleared and returned to work than in quarantine, with five staff members at the jail still in quarantine.

“All of this good news makes us think, when do we reopen? How do we get back to normal?” Curran said.

Curran said the state could look at opening marinas and golf courses and talk to restaurant owners about spacing out tables, using risk assessments.

“Obviously schools are a very important part about reopening the economy. We can’t reopen businesses without reopening schools. We have to do it at the same time,” Curran said. “Working on when is the right time to do that is incredibly important.”

In Albany, Cuomo said that while New York saw another day of reduced hospitalization and intensive care patients, the virus still sends about 2,000 people a day to hospitals.

The rate of infection has fallen, paired with overnight hospitalizations that dropped "just a tick, but we'll take it," Cuomo said. "It's better than going up."

Following criticism about the state withholding information, Cuomo on Friday ordered nursing homes and assisted-living centers to notify within 24 hours families when any resident in their facilities testing positive or dying from COVID-19.

State regulations had mandated that facilities notify the family of any significant changes in their relative’s health condition, including a positive test for COVID-19. Now, the facilities must contact the relatives of every resident at a center — not just the family of the one who tests positive — if the virus appears in the nursing or assisted living home.