This story was reported by Robert Brodsky, Matthew Chayes, John Hildebrand, Bart Jones and David Reich-Hale. It was written by Jones.

While the number of new hospitalizations has dropped substantially, they are not going away and remain at a level that is disturbing, the governor said.

Cuomo on Friday ordered state health officials to get to the bottom of it — and come up with a solution.

“You see that number of hospitalizations dropping and that is all good news,” Cuomo said at his daily briefing in Albany. 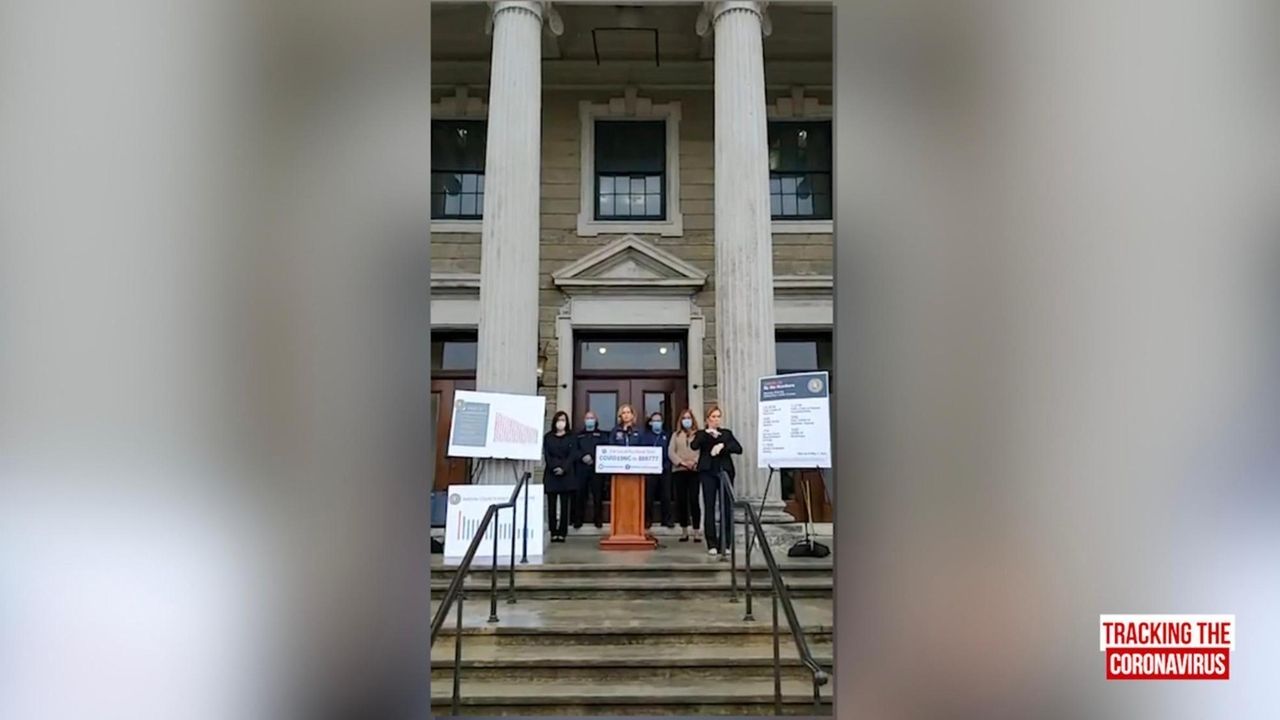 But the number of new hospitalizations remains close to about 1,000 a day.

“That is still too high a number of new cases to have every day,” Cuomo said. “It’s not where we were. It’s a lot better than where we were for sure. But 1,000 new cases every day is still a very high infection rate. It’s still a burden on the hospital system.”

His solution: Find out where these cases are cropping up, who they are, and why.

“So we now want to take it to the next level. Let’s drill down on those 1,000 new cases. Where are they coming from? Why is the infection rate continuing? Who’s getting infected? And let’s get more targeted in our response.”

Some of those answers, on Long Island at least, may reside in low-income and immigrant communities, where residents often live in crowded houses or apartments, and may be forced to report to work or risk losing their income.

The largest concentrations of COVID-19 in Nassau and Suffolk are located in communities including Brentwood, Central Islip, Huntington Station and Hempstead, according to government statistics.

NY schools closed for remainder of academic year Gov. Andrew M. Cuomo says schools in New York will be closed for the rest of the academic year. No decision has been made on summer school. A tribute to high school seniors. Here’s the latest in our daily coronavirus wrap-up video. Credit: Newsday / Staff; Howard Schnapp

Cuomo said he was speaking to hospital executives around the state on Friday afternoon to start working on the issue.

“Now that we have it [the coronavirus] basically stabilized and on the decline, the enemy is on the run ... the virus is reducing, let’s get more refined, more targeted,” he said.

“We need more specific information to have a specific battle plan. Literally, where do the cases come from? Are they essential workers? Are they people who are staying home and getting infected by a family member? ... Where do they work? How do they commute? Is this a question of getting infected on public transportation? … subways, buses, Long Island Rail Road, Metro North?”

As Cuomo made the monumental decision Friday to keep schools closed in the state through the end of this academic year, he also announced more progress in the battle against COVID-19. 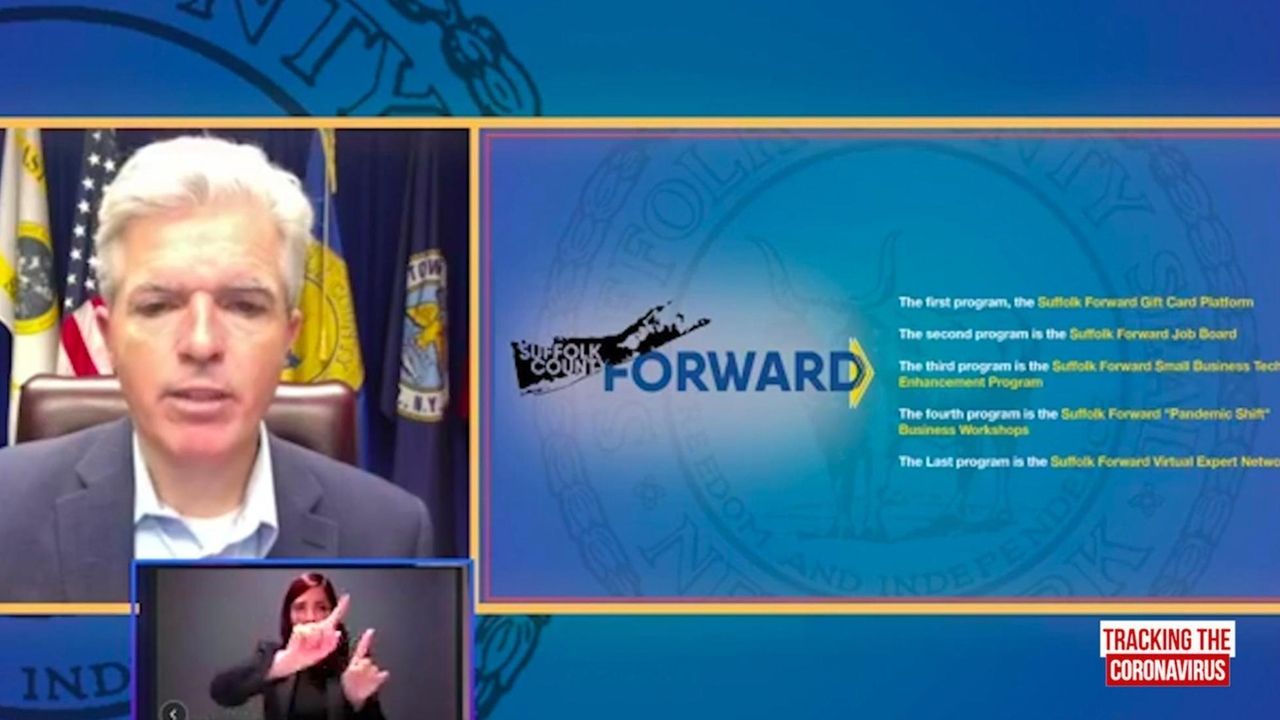 The daily death toll remained horrific — 289 people — but it was the first time in more than a month that it fell below 300. It was the sixth straight day it was below 400 and marked a sharp drop from the peak of nearly 800 about three weeks ago.

The total number of COVID-19 patients in hospitals dropped below 11,000 for the first time in about a month and was down substantially from a peak of nearly 19,000.

The number of new COVID-19 patients entering hospitals was below 1,000 for the fourth straight day, at 954. That represented less than a third of the number at the peak, about 3,200 new patients a day.

As the numbers improved, some Long Islanders were losing patience with the shutdown.

“So many people are suffering,” said Cassandra Mulligan of West Islip, who said she has lost two friends to the virus. “But I really feel like it’s time to reopen.”

Peter Fournier of Lake Ronkonkoma said the percentage of people dying compared with those infected does not warrant an extended lockdown. “People are ready to get back to work,” Fournier said.

A smaller afternoon protest in the Green Acres parking lot in Valley Stream was quickly broken up by Nassau police. Protesters stayed in their vehicles, but hung signs reading “Make America Independent Again” and “We Are All Essential.”

Later, roughly a dozen protesters rallied outside the county offices in Mineola.

“I don’t want to lose my constitutional rights because of a virus,” said David Baird of Great Neck. “People are able to function now and the people who have conditions where they are afraid should stay inside.”

Judy Gunzer of Bayside called the lockdown “ridiculous,” even though her granddaughter contracted the virus and recovered.

“It’s been two months. I don’t know what more we can do,” she said.

The strain on mental health

In Albany, Cuomo said mental health has become a growing issue as the crisis drags on, not just for front-line workers but everyday citizens as well.

“It has caused serious mental health issues. You have anxiety, depression, insomnia, loneliness, that feeling of isolation,” he said.

He said the state is establishing 24-hour mental health hotlines, including a special one for front-line workers.

Drug and alcohol abuse has increased, he said, and one-half of all Americans report the crisis has negatively affected their mental health. He also reported a “dramatic increase” in domestic violence.

“People who need help should reach out” for mental health assistance, he said.

In Suffolk, County Executive Steve Bellone said “that month we just went through was a month of grief." But he added that “during this terrible month we’ve been through, we’ve also seen signs of great hope, strength and resilience.”

He said Suffolk is closing in on the conditions that will allow it to largely reopen.

With Cuomo’s announcement that schools will remain shuttered in the state for the rest of the academic year, local colleges said they were adjusting — or already had.

Stony Brook University said most of its summer undergraduate classes will be offered online.

Hofstra and Adelphi universities, and Farmingdale State College, said they will offer summer sessions online, with the hope that in-person summer classes could be held later.

Nassau Community College said all summer courses will be remote or online, but it had not yet made a decision on the fall semester.

SUNY Old Westbury said all its summer courses will be via remote learning.

Many of the colleges said they are working on plans for how to reopen in the fall, noting they would be following health and governmental protocols.

Experts: Children could become virus carriers if schools reopenDoctors and health researchers say opening schools while hospitalization rates are still high could be a recipe for future trouble.