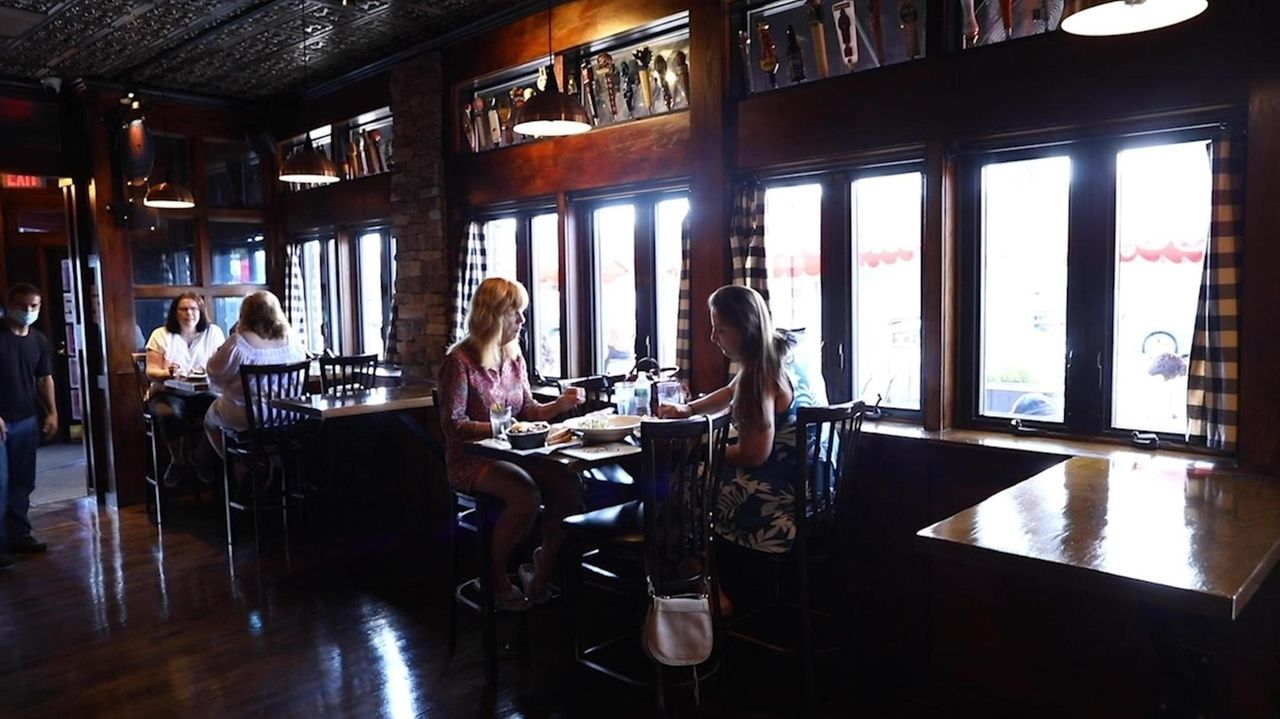 This story was reported by Matthew Chayes, Candice Ferrette, David Olson, Craig Schneider and John Valenti. It was written by Olson.

“What is our legal authority and how cooperative would the airlines be?" Cuomo asked during a coronavirus conference call with reporters.

New York instituted the quarantine with New Jersey and Connecticut as the number of new cases surges in Florida, Texas, Arizona and the five other states, while the percentage of New Yorkers testing positive for the virus was at 1.3% on Thursday. The governor's office said Friday afternoon that New York has the lowest seven-day average of new infections of any large state in the country.

The state is talking with federal authorities "about what they would be willing to do," he said, referring to airlines.

On Thursday, Cuomo said the state would do random checks on travelers coming from the eight states, using names gathered when they arrive at New York airports. Those visitors must self-isolate for 14 days or be fined, he said. The travel advisory applies to states “with the highest infection rates, and that can change from day to day,” Cuomo said.

“I as a parent want to know, ‘What is happening with our schools?’ ” Curran asked. “Are we starting up again in September?”

And she added: “I personally would like to work toward a safe reopening of in-person school in September.”

Cuomo said last week it was too soon to decide whether to open schools.

The secretary to the governor, Melissa DeRosa, is contacting officials in Florida, Texas and Arizona to offer the state's help with staff, technical assistance, ventilators and National Guard troops, Cuomo said.

“We had numerous states who came to our assistance when we needed it," he said, referring to the depth of New York's COVID-19 crisis.

Yet as he offered help, Cuomo underlined how the wave of new infections in other states proves that New York's more cautious approach has been successful.

States that reopened quickly and widely and believed that "this is all going to be fine, it’s going to go away" are experiencing rapidly increasing caseloads, while New York, which used data and science to guide its reopening strategy, is seeing low infection rates, he said.

The governor noted how a growing list of states is either backtracking on reopening or putting their reopenings on hold as the number of new cases rises.

Cuomo said the state's hesitation on reopening gyms, movie theaters and malls is because of signs that opening those venues in other states may have contributed to their spike in coronavirus cases.

He touted new numbers showing the state’s continued progress in containing the pandemic.

There were 14 deaths on Thursday, and a three-day average of 16 deaths, the lowest amount since the coronavirus crisis began in March, he said. The number of COVID-19 hospitalizations statewide dropped to its lowest level in months, to 950, he said.

Keeping the numbers down

Curran and Suffolk County Executive Steve Bellone both praised local residents Friday for their role in keeping numbers down by wearing masks and practicing social distancing.

“Relative to where we’ve been, these numbers are really outstanding,” Bellone said, urging residents to keep up their vigilance. “We’ve been successful.”

In Nassau, there was one new death from COVID-19, for a total of 2,181, Curran said. Bellone reported one additional death in Suffolk, where 1,975 residents have died from COVID-19.

Five upstate regions Friday moved into Phase 4 of reopening, which includes the return of higher education institutions and low-risk outdoor and indoor arts and entertainment venues.

In New York City, Broadway theaters, closed since mid-March, won't reopen earlier than this autumn, and even then with capacity restrictions, Mayor Bill de Blasio said Friday on CNN.

"We’re not gonna jump until we’re sure it’s safe," he said, adding that the city would rely on data to guide its decision. He said he assumes the theaters would not return at full capacity "to begin."

New York City went into Phase 2 on Monday and is “on track” to move to Phase 3 on July 6, de Blasio said.

Elsewhere, Cuomo said the state health department has identified a second cluster of coronavirus cases upstate, this one at a Montgomery County aluminum manufacturer. The state previously announced an outbreak at an Oswego County apple packaging plant.

Cuomo said that is “good news” because it shows that “our tracing system is working.”

The two outbreaks may be related, the governor’s office said later Friday. At the apple packaging plant, 82 of 179 employees have tested positive, as have four of 18 workers at a nearby onion farm, and 37 cases are believed tied to the aluminum plant, with test results of other employees pending.