This story was reported by Rachelle Blidner, Matt Clark, Candice Ferrette, Joan Gralla, Bart Jones and David Olson. It was written by Jones.

The state's efforts to combat COVID-19 in hard-hit Black and Latino communities expanded this week to include temporary pop-up vaccination sites in Freeport and Brentwood, officials said Thursday.

Health officials injected shots Thursday at the Freeport Recreation Center, while they are scheduled to carry out a similar campaign on Friday at La Espiguita Soccer Academy in Brentwood.

They said they were targeting the communities because they have high rates of COVID-19 infection, but low rates of vaccination.

Brentwood has the most coronavirus cases per capita of any major community on Long Island, and Freeport has a per capita caseload above that of Nassau County, a Newsday analysis of Suffolk and Nassau County data shows. Latino and Black residents compose the majority in both communities.

"We need New Yorkers to trust the vaccine and actually take it," Gov. Andrew M. Cuomo said. "We're tackling skepticism and distrust head-on through our local partnerships and pop-up sites and bringing the vaccine directly in the communities that have been hit hardest by this pandemic."

The two Long Island sites were among the 12 statewide this week that were part of an effort to ensure "social equity and fairness" in vaccinations, Cuomo said.

The state expected to vaccinate a total of 3,700 people at temporary sites, including three in New York City and others in upstate areas. Miguel Garzon, owner of La Espiguita Soccer Academy and La Espiguita Bakery in Brentwood, said about 400 vaccinations are scheduled for Friday, and all slots are taken at that location.

No additional appointments were being scheduled at the two sites, a state official said.

The Freeport and Brentwood events are the 12th and 13th pop-up sites on Long Island over the last several weeks.

Cuomo spokesman Jack Sterne said the focus is on communities "hard-hit by COVID, that have less access to health care generally and … lower rates of vaccination."

Unlike the large state vaccination operations at Jones Beach and Stony Brook University, which are open to anyone in the state, the pop-ups focus on vaccinating people in the surrounding communities, he said. They may be easier for residents to get to than the larger sites, he added.

Latino and Black residents of Long Island are significantly less likely to have received vaccines than whites and Asians, state data shows.

African Americans compose 10.9% of Long Islanders eligible for the vaccine but only 4.9% of those who have been vaccinated, according to data as of Wednesday on the state’s Vaccine Tracker website. Latinos represent 11.5% of those eligible, but only 6.7% of residents who have received the vaccine. 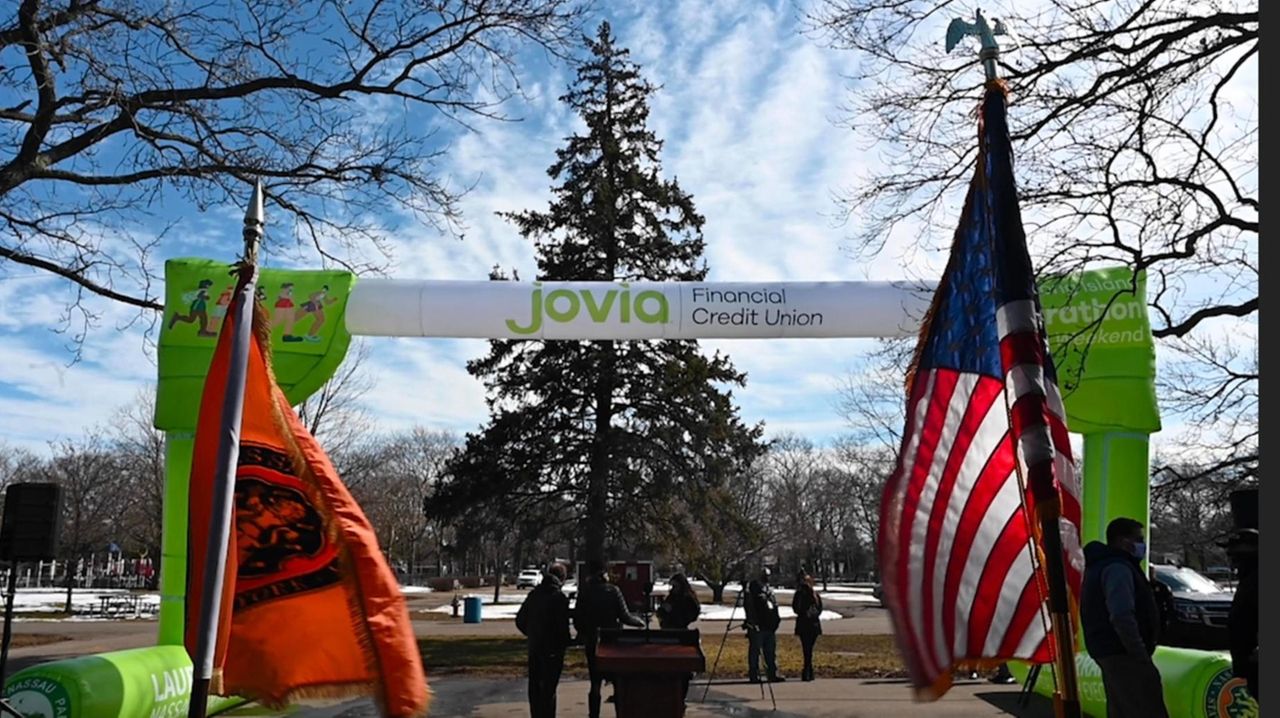 The host sites work with community organizations and leaders to identify local residents eligible for the vaccine, Sterne said. That helps build trust in the vaccines because "the community center or the church or whomever can say to their constituents or community members, ‘We’re putting this on because we trust the vaccine, and we think people should get it because it’s good for our community,’ " he said.

Polls show that Blacks and Latinos are less likely to say they plan to get vaccinated than whites. Current and past bias and abuse in the health care system are among the reasons for the gap, experts say.

So far, more than 46,000 people have gotten first doses of the COVID-19 vaccine at the temporary vaccine sites statewide, Cuomo said.

Suffolk County’s mass vaccination site in Selden opened Thursday for municipal employees and residents with underlying health conditions that put them at a higher risk for severe COVID-19 illness, officials told county legislators. The site's launch was delayed a week because of bad weather pushing back shipments.

Nicole Amendola, county director of intergovernmental relations, said she expected about 900 people to be vaccinated Thursday at the site on the Suffolk County Community College campus.

The county has prioritized municipal employees, including those who work for the county and towns, because of a state executive order requiring local governments to inoculate essential workers, officials said. Eligible workers include those with underlying health conditions such as high blood pressure, diabetes, heart disease, obesity and cancers or are chronic smokers, health commissioner Gregson Pigott said.

County officials said they invited eligible people to sign up in individual phone calls and emails. When they offered appointments using a link on the state’s website, "All of a sudden, in less than 15 minutes about 95% of the appointment slots are taken" because people from outside Suffolk County were signing up, Pigott said.

The Riverhead pod is used as a second-dose site. People with developmental disabilities who live in facilities are being inoculated at the Brentwood and Riverhead pods, health commissioner Gregson Pigott said.

County Executive Steve Bellone has said the county could vaccinate up to 51,000 people a week once it has sufficient vaccine supply.

The county plans to administer 10,670 first doses this week.

A steady decline in virus numbers

A total of 89 people died Wednesday of causes related to COVID-19, including five each in Nassau and Suffolk counties. The number of new confirmed cases in test results Wednesday was 695 in Nassau, 721 in Suffolk and 4,313 in New York City.

"The Biden administration has been increasing our doses each week and in turn we've been able to expand eligibility to even more New Yorkers," Cuomo said. "Now that the FDA has found the Johnson & Johnson vaccine safe and effective against COVID, larger shipments and a greater supply are on the horizon, putting us one step closer to becoming the first COVID-free state in the nation."

Nassau County Executive Laura Curran on Thursday pledged to push state officials to add senior citizens to the list of priority groups allowed for vaccination at the two county-run sites: Nassau Community College in East Garden City and the Yes We Can Center in Westbury. Republicans in the State Legislature also have called for seniors to be made a priority at county sites.

Health Commissioner Larry Eisenstein said he has advocated with state health officials for the move.

Currently, seniors without underlying medical conditions are not among the priority groups allowed at the county-run sites but are able to go to one of the state-run sites, such as Jones Beach.

Eisenstein said Nassau’s health department is expected to partner with local hospitals to provide the vaccine to seniors without underlying health conditions.

How to get a COVID-19 vaccine appointmentWith limited supplies and constantly changing conditions, it can be difficult for Long Islanders to make an appointment for a vaccine. The resources here might help.  Some left waiting for promised state emails after vaccine mishapOn Monday, a spokesman for the governor's office said emails would be been sent to 1,298 people assuring them their vaccinations Feb. 15 at the state's Jones Beach site were effective after a mishap. On Thursday, the spokesman said all notifications had been sent. NY issues reopening rules for nursing home visits, movie theaters and weddingsThe governor also said he is asking school districts to report to their local governments their progress toward returning to in-person instruction in classrooms and the inroads made to vaccinate teachers. Cuomo: Nassau resident NY's 1st South African variant caseScientists and health officials believe the South African and U.K. variants of COVID-19 seem to spread more rapidly than the current dominant strain but more research is needed to determine whether they are more deadly or less responsive to the current vaccines.

1:14
They're celebrating a 2nd pandemic birthday, but it's brighter than the first
J&J vaccine to remain in limbo while officials seek evidence
'Red' states on U.S. electoral map lagging on vaccinations
Cuomo: Vans to take COVID-19 shots to farmworkers
State updates guidance for COVID-19 sick leave law
Study: Blood thinners helping COVID-19 patients after they're released
Didn’t find what you were looking for?