Long Island is just a few days into the first phase of reopening, yet many eyes are on Phase Two. A look at which businesses fall under Phase Two. How Nassau County’s going old school with entertainment. When New York City might begin to reopen. Watch here in our daily coronavirus wrap-up video. Credit: Newsday / Shelby Knowles

This story was reported by Alfonso A. Castillo, Matthew Chayes, Candice Ferrette, David Olson, Ted Phillips, David Reich-Hale and Craig Schneider. It was written by Olson.

New York City is on track to start reopening from the coronavirus shutdown on June 8, as the state and city jointly push to address higher rates of infections in predominantly minority communities, Gov. Andrew M. Cuomo said Friday.

Cuomo also announced that the upstate regions of Central New York, the Finger Lakes, the North Country, the Mohawk Valley and the Southern Tier can begin the second phase of reopening, which Nassau and Suffolk County officials hope will start on Long Island within the next two weeks.

That includes allowing shopping inside retail stores and the return of hair salons and barber shops, office-based jobs, real estate services, rental and repair services, and other fields — all with restrictions.

“It’s not, ‘Open the doors and everybody has a party,’ ” the governor said. 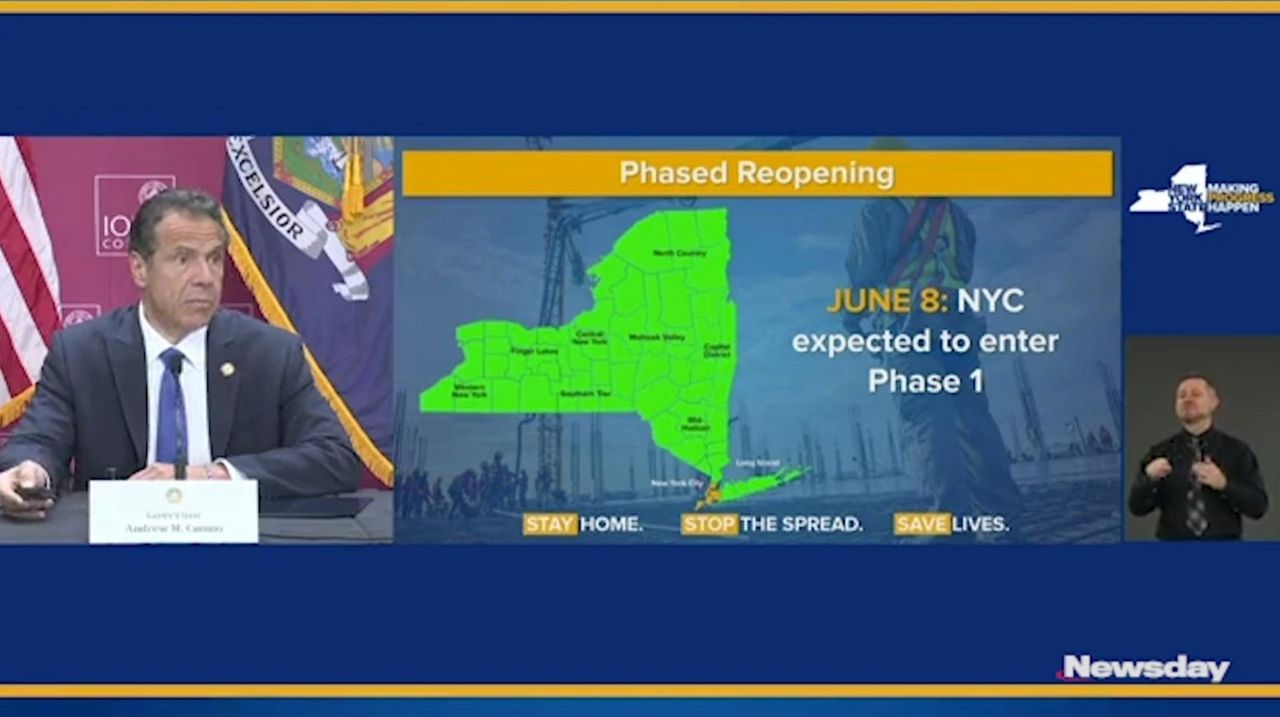 New York City would be entering the first phase of reopening, as Long Island did this week.

"We are excited to get to the point of a restart for New York City," de Blasio said.

In Phase One, New York City will be able to resume several categories of businesses, including construction, manufacturing, curbside, pick-up and drop-off retail, and wholesale trade.

Cuomo said Long Island has been among regions that have successfully transitioned to the first stage of reopening "and the numbers have not gone up" for infections, hospitalizations and deaths. "Why? Because people have been smart" and have followed safety precautions, he said. 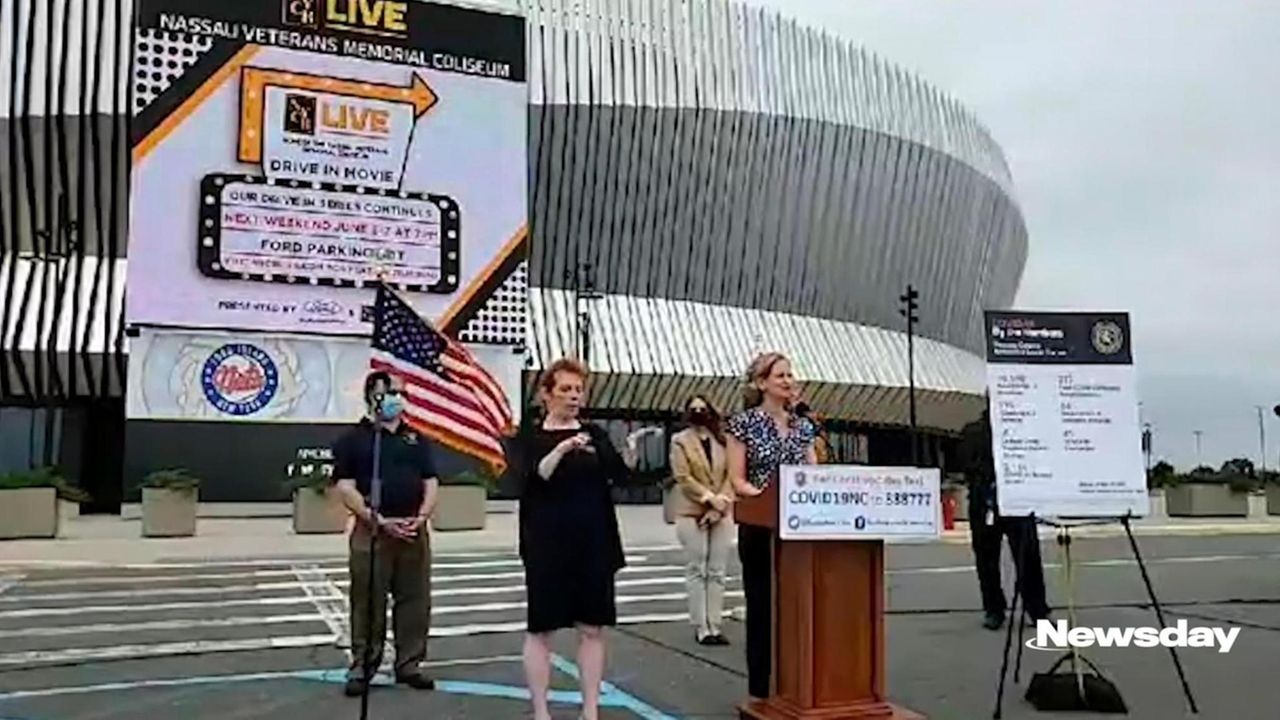 Cuomo said the state will step up its focus on low-income neighborhoods where many blacks and Latinos reside, primarily in the outer boroughs of New York City, that in some cases have infection rates double that of the city as a whole.

The governor called reducing the spread of the virus in those areas his “biggest challenge” in combating the coronavirus.

“They’re driving the new cases” and are the biggest source of new hospitalizations and deaths, he said.

Thursday was another day of progress statewide and on Long Island in declining hospitalizations, intubations and deaths linked to the coronavirus. 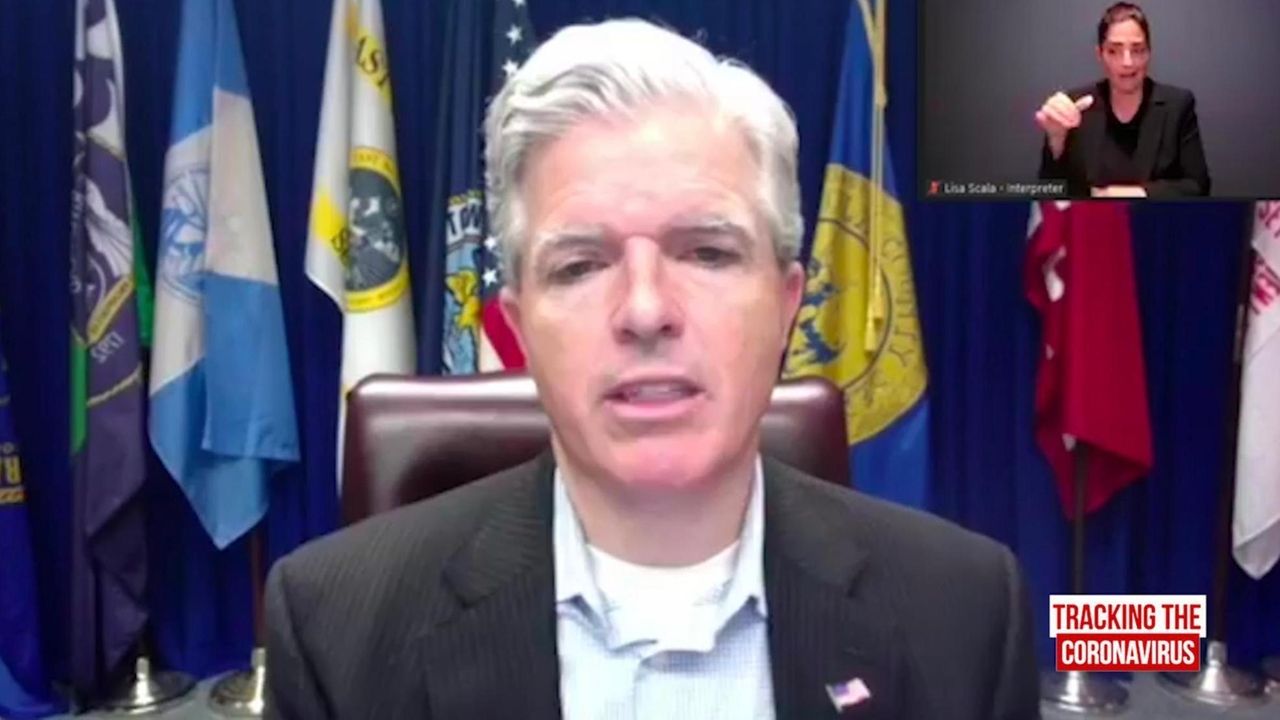 Bellone looks ahead to phase two Suffolk County Executive Steve Bellone spoke at his daily coronavirus briefing on Friday about looking ahead to Phase Two of the reopening. He noted that the number of people diagnosed with COVID-19 in hospitals is the lowest it has been since March.  Credit: Suffolk County executive Facebook

Cuomo said 67 people died of COVID-19-related causes in hospitals and nursing homes, a figure that, he said, "Thank the good Lord, continues to decline and is at its lowest level" in many weeks. As recently as May 23, there had been 109.

He said the 152 new hospitalizations recorded Thursday were “a dramatic, dramatic drop for us.”

The number of COVID-19 hospitalizations statewide, which had topped 18,000 on several days in April, fell to 3,781.

In Suffolk County, the total number of people hospitalized with COVID-19 dropped below 300 — to 291 — for the first time since the third week in March, Suffolk County Executive Steve Bellone said.

Northwell Health on Friday said it had 624 COVID-19 patients at its hospitals, an 18% drop from the same period last week. Northwell has reported a decline in coronavirus patients 44 of the last 46 days.

The second phase of reopening upstate will provide a preview for what officials hope awaits Long Island in less than two weeks.

Cuomo said it was occurring "because people have been smart and you haven't seen the spike" in cases.

Retail stores must allow only 50% occupancy and require face coverings for employees and customers.

Malls remain closed, except for stores with external entrances.

Office buildings can only have a maximum 50% occupancy, and masks and plexiglass or other barriers are required if 6 feet of social distancing is not possible. All employees must undergo temperature checks and answer a health questionnaire every day.

Nassau County Executive Laura Curran said later Friday that she was confident the county would “stay on track for a Phase Two reopening within a couple of weeks.”

In Suffolk, Bellone said the county would contact officials in the five upstate regions to learn about the reopenings, with an eye toward possibly moving more quickly to the next phase.

Restaurant dining is in Phase Three, but officials and restaurant owners on Long Island and elsewhere have been advocating for outdoor dining to be allowed early.

Farmingdale’s plan to allow dining on Main Street next week may be delayed.

Nassau County concluded that municipalities, not the restaurants, would have to provide seating, because restaurant-supplied seating would be considered outdoor dining, something not yet approved for Long Island, a county spokeswoman said.

Farmingdale Mayor Ralph Ekstrand said the plan is now up in the air.

“I don’t know of any municipality that’s going to buy 60 tables and 500 chairs and give them to the merchants,” Ekstrand said. “On Monday, we’ll team-huddle and figure out what the heck is going on."

Earlier Friday, de Blasio said he expects that more commuters than usual would drive to work instead of relying on mass transit because the coronavirus crisis caused many train and bus riders to stay away.

Asked his advice for those without a car, he said: "I really want to push back on the notion that we can solve everything all the time."

"I think New Yorkers are very resourceful. They also find their own ways to get things done," he said, adding: "People have to improvise, and I believe they will."

Later Friday, four organizations that advocate for improved public transportation and more bicycling options issued a joint statement that skewered de Blasio and what they say is the lack of a COVID-19-related transportation plan.

The groups — Bike New York, the Regional Plan Association, the Riders Alliance and Transportation Alternatives — called for more barrier-protected bike lanes and for converting miles of streets into busways, such as the one currently used on 14th Street in Manhattan.

"If Mayor de Blasio does not act quickly to make commuting by bus or by bike a possibility for more New Yorkers, our streets will experience massive gridlock and dirtier air, which will stall our recovery and shared future,” their statement said.

MTA chairman Patrick Foye implored New York City employers to do their part to help provide commuters “as much space as we can” when they return to the LIRR and subway systems, including reconsidering when and where employees do their jobs.

In an “open letter to the New York business community,” he asked employers “to help us keep New York moving by staggering work hours, allowing flexible start times, extending telecommuting plans, and expanding opportunities to work from home … for a few days each week or full time.”

The MTA, including the Long Island Rail Road, has been carrying less than 10% of its usual riders for much of the last two months, and has been operating on a reduced schedule. But it is expected to ramp up service once commuters return to work.