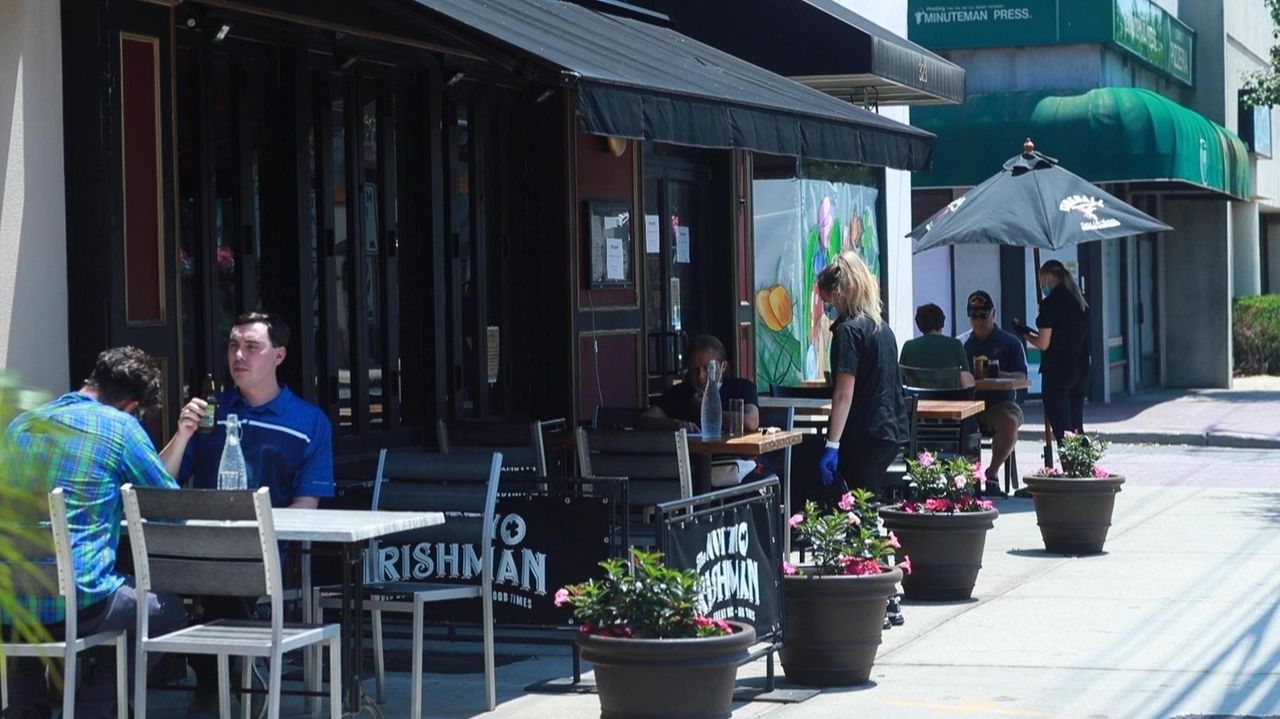 This story was reported by Robert Brodsky, Scott Eidler, Bart Jones and John Valenti. It was written by Jones.

Long Island will officially graduate to Phase 3 of its reopening from the coronavirus crisis on Wednesday, Gov. Andrew M. Cuomo said, as he announced that $65 million in federal funds will be aimed at getting day care centers reopened or expanded so they can socially distance better.

Long Island will see the return of indoor dining to up to 50% of eateries' capacity, with mask wearing and spacing required, as well as other food services and personal care businesses like nail salons and spas.

“If you’ve been thinking about that special tattoo you want to get, well tomorrow you can get it," Nassau County Executive Laura Curran said.

Suffolk County Executive Steve Bellone called the next phase "a big milestone for us" and said it is “another important step forward for us in the reopening of our economy."

Cuomo said the $65 million for day care centers is coming to the state through the federal CARES Act.

"As we move further into the reopening and more parents go back to work, we're also making sure child care programs across the state have the support they need to reopen safely," Cuomo said. "By providing support for expanded classrooms that allow for more social distancing and other resources, we can help keep staff and children safe."

During the pandemic, some 65% of state-licensed and registered child care programs remained open, with many of them serving families of essential workers, the state said.

To be eligible for the funds, child care programs must have either been closed as of June 15 and have a plan to reopen within two weeks of applying, or currently be operating below their licensed capacity and want to expand.

The funding includes $20 million to assist child care programs with materials such as partitions to support social distancing, for instance, or short-term rental space.

The funding also includes $45 million to pay 50% of the costs of newly opened classrooms.

As the state rebounds, Curran highlighted the gradual return of service at libraries. She said 32 have contactless services available, and 7 are starting next week. "Many are starting with the curbside pickup and delivery services as well,” she said.

Talk of quarantine for visitors continues

Cuomo again said he is considering imposing a quarantine on visitors from other states — notably Florida, Texas and Arizona — to curb a potential resurgence of coronavirus infection rates in New York, and touted his state's handling of the pandemic.

"New York went from one of the highest infection rates in the country to one of the lowest because we made decisions based on science — not politics," Cuomo said Tuesday.

"We're seeing in other states what happens when you just reopen with no regard for metrics or data — it's bad for public health and for the economy, and states that reopened in a rush are now seeing a boomerang,” he said.

Later, referring to a map from Covid Act Now, a data analysis group, he said: "New York State is one of only three states that are on track to contain the COVID-19. … New York is finally coming back and I can't stress enough how important it is that we don't blow this incredible progress now. To all New Yorkers — wear a mask, get tested, socially distance, wash your hands and be smart."

Bellone, commenting on Cuomo’s quarantine threat, said, “We have come such a long way and been able to reduce and flatten this curve so extensively. We certainly want to do everything we can to prevent it from spiking.”

Overall, the virus' spread continued at a slowed pace. State data released Tuesday showed that 1.2% of people tested on Monday for coronavirus were found positive. The level on Long Island was 1.1%, and in New York City 1.4%.

Some 597 people out of 48,709 tested statewide were positive. Nassau County registered 31 new cases on Monday, Suffolk 46 and New York City 315. Statewide, there were 27 new deaths linked to the virus Monday.