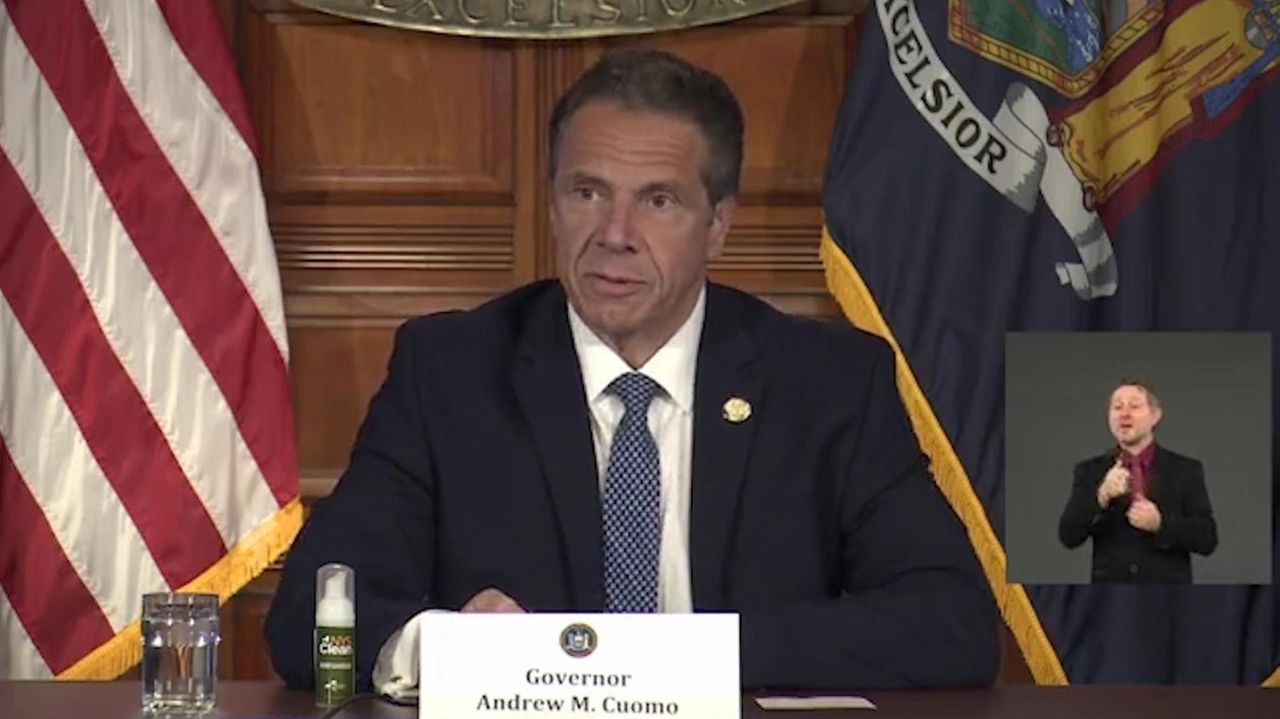 New York is being "very aggressive" in helping nursing homes test their staffs twice a week to curtail the coronavirus at those facilities, officials said Wednesday, while Gov. Andrew M. Cuomo emphasized the state faces a critical moment as it slowly reopens its economy.

Cuomo also announced that religious ceremonies can resume starting Thursday, though limited to 10 or fewer worshippers.

"We are at another pivot point" in reopening different regions, said Cuomo, speaking from Albany. "Yes, we can reopen economic activity. … What is the consequence of that? It depends on what we do."

The Capitol Region on Wednesday became the seventh part of the state to start its first phase of reopening as it met six of the seven metrics the state requires.

Long Island, along with New York City and the Mid-Hudson area, remains among three regions yet to qualify for reopening.

Cuomo’s top aide, Melissa DeRosa, stepping into the debate over response measures at nursing homes, said the state had mandated the staff testing, but “the feedback we got from many of them was that they were struggling."

On Monday and Tuesday, the state sent testing kits to the nursing homes, and paired them with commercial labs that run the tests, she said. “So that is officially off the ground," she said.

There are about 100,000 nursing home residents in the state, and about 180,000 staff in nursing homes and adult care facilities, she said.

DeRosa called the testing program “very aggressive. We are leading the nation on this, and yes, we believe we are going to meet the goal” of twice-a-week testing.

Mandatory COVID-19 testing of nursing home staffers was declared “medically necessary” Tuesday by the state Department of Health, making it easier for the procedure to be covered by insurance. The directive should lessen the financial burden on nursing home owners and operators.

The New York State Health Facilities Association has estimated it would cost about $60 million a week to test more than 205,000 staff in nursing homes and assisted living facilities.

“Providers fully support the need for testing employees, but this cannot be an unfunded mandate,” said Stephen Hanse, CEO of the association. “New York has over 160,000 nursing home employees and over 45,000 assisted-living employees. As such, the governor’s mandate of twice-a-week testing requires over 410,000 COVID-19 tests every week.”

“The nursing homes, the union and the governor all believe in testing,” said Michael Balboni of the Greater New York Health Care Facilities Association. “We want to ensure residents and staff are safe. The challenge has been and will continue to be how to properly do it and support it. The recent directives by the department are attempting to find additional sources to pay for the testing. In that effort, we applaud them.” 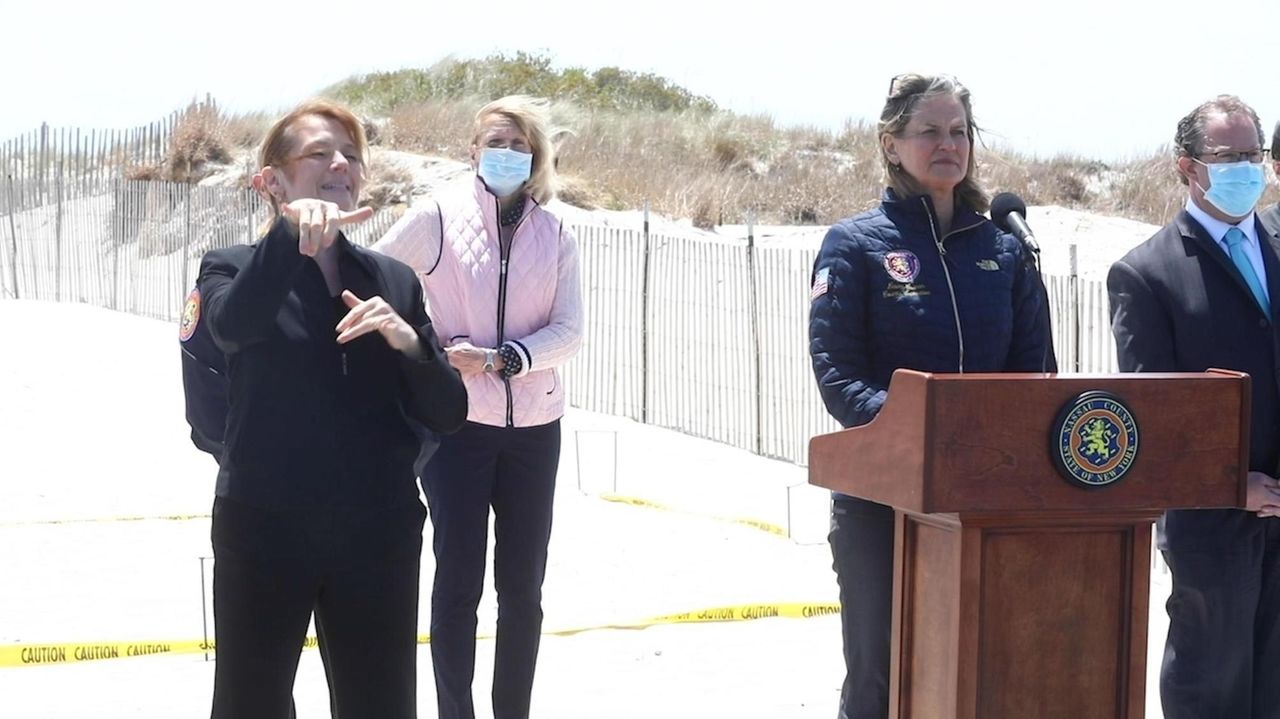 On Monday, Cuomo announced the state would be sending 320,000 testing kits to nursing homes. But the facilities would have to pay to administer the tests and have them processed.

State officials said there have been more than 5,500 confirmed and presumed deaths at nursing homes and adult care facilities in New York.

Cuomo on Wednesday again defended an executive order issued in March that required nursing homes to take recovering COVID-19 patients discharged from hospitals. Critics have said that move allowed the virus to rage through nursing homes and their medically fragile residents.

“And you need that hospital bed for somebody who may die without it,” Cuomo said. “Second fact, a nursing home cannot accept a patient who they are not qualified to handle.”

Stuart Almer, president and CEO of Gurwin Healthcare System in Commack, said while he appreciated getting free test kits from the state, he isn’t sure how the facility will be able to afford the mounting costs of continuous testing, tracking the results and protective equipment.

“Providers really need a seat at the table when these mandates are decided,” he said. “There are good intentions here, but in reality it’s not enough.”

Back to religion's comfort

Cuomo also announced that limited religious services can resume, as long as the faithful observe social distancing guidelines and wear masks. His administration, meeting with leaders of various faiths, is asking them to consider drive-in and parking lot services.

Some Nassau beaches restricted to residents, Long Beach boardwalk to reopen Nickerson Beach will be open only to Nassau County residents. The Long Beach boardwalk will reopen Thursday and a celebration on Wednesday at Mount Sinai South Nassau in Oceanside for a retired NYPD officer. Here’s the latest in our daily coronavirus wrap-up video.  Credit: Newsday staff, Michael Fricchione

He noted that the first pandemic hot spot in the state, in New Rochelle, originated with a lawyer attending a synagogue.

Leaders of the interfaith advisory council include Dr. Isma Chaudhry of the Islamic Center of Long Island in Westbury, and Rev. Dr. Calvin O. Butts III, president of SUNY Old Westbury and pastor of the Abyssinian Baptist Church in Harlem.

Some 8,000 antibody tests showed 27% of residents in those communities tested positive, compared to an overall New York City infection level of 19.9% at tested locations.

Cuomo said the state will reach out to the most affected areas to disseminate information about COVID-19 and preventive measures.

Hospitalizations and intubations of COVID-19 patients continued to decline Tuesday, the last full day for which the state released data, but 112 New Yorkers died of coronavirus, a slightly higher number than the previous day. That was still a big drop from the daily death toll of nearly 800 at the disease's peak in early April.

The state recorded 1,525 new confirmed cases of COVID-19 on Tuesday, for a total of 354,370, according to the latest figures issued Wednesday.

'No substitute' for classrooms

Cuomo said he wants to reopen schools as soon as possible, but must do so safely, and rejected suggestions that online learning could supplant the classroom experience with live teachers.

Cuomo’s past comments about “re-imagining” education, and bringing in Microsoft founder Bill Gates to advise him, has triggered worries among some parents and critics that the governor wants to vastly reduce actual classrooms, and replace them with online learning.

Cuomo scoffed at that Wednesday.

He said schools shifted to online learning because they had no choice with the pandemic.

By “re-imagining” education, he said he meant schools should learn from the coronavirus experience and prepare for the next time a similar crisis hits.

“If you assume this is the last time something like this is going to happen, I think that is a foolish assumption,” he said.

Meanwhile, St. Joseph’s College, with campuses in Patchogue and Brooklyn, announced it would freeze its tuition rate of $14,295 per full-time semester for 2020-21 because of the financial burdens students and their families face from the pandemic.

For example, all patients must get tested for COVID-19 before their procedures, and then continue to isolate. Hospitals, which are dealing with lengthy case backlogs, will then schedule surgeries based on severity of need.

Procedures such as cancer surgeries and hysterectomies that could relate to serious short- and long-term health implications will take priority over procedures to repair a deviated septum or cosmetic surgery, said Suffolk Legis. William Spencer, a pediatric surgeon and chairman of the county legislature's Health Committee.

“Just because a surgery is elective doesn’t mean the patient is not experiencing pain and suffering,” Spencer (D-Centerport) said.

CORRECTION: St. Joseph’s College announced it would freeze its tuition rate of $14,295 per full-time semester for the 2020-21 school year. The tuition amount was incorrect in earlier versions of this story because of information provided by the college.