This story was reported by Robert Brodsky, Candice Ferrette, Joan Gralla and Bart Jones. It was written by Jones.

New York, once the epicenter of the coronavirus pandemic in the United States, has the lowest rate of transmission of any state in the country even as it reopens its economy and institutions, Gov. Andrew M. Cuomo said Friday.

And for the first time since the pandemic hit, Suffolk County recorded a full 24-hour period without a new death linked to COVID-19, County Executive Steve Bellone said.

“I have been waiting day after day after day to be able to get to that position,” Bellone said. He called it a milestone that he credited to the county’s preventive measures, along with the work of health care professionals and first responders.

“We still have a ways to go and we have much more to do," Bellone added. "This is certainly not over, but the numbers continue to move in a positive direction.”

Cuomo said nearly half the states are seeing a spike in cases as they reopen; some are hitting record highs.

“Where we are today is a pivotal point in this entire situation with the coronavirus,” Cuomo said at his daily briefing in Manhattan. “You see states all across the nation where the infection rate is going up dramatically. You have states now that reopened that are scaling back their reopening. That’s how bad the spikes are.”

The number of states with increasing numbers rose from 21 to 23 over the last day, with 15 hitting record highs of COVID-19 cases, he said.

'A lot of anguish'

New York has reopened cautiously, relying on statistics to guide its way, and, as a result, “the virus is spreading at the lowest rate" in the country, Cuomo said.

He said “common sense” dictates that numbers will go up somewhat as states reopen. But states have to be “very smart and disciplined” to keep the increase minimal.

“States that have reopened too quickly or uncontrolled are now starting to close down,” he said. “So, we are the exact opposite. We, since we have reopened, the number has continued to go down, believe it or not. Because we have been disciplined in our reopening, and that is what we have to continue to do.”

Long Island continued to report relatively low levels of new coronavirus cases, according to state data released Friday. Nassau had 54 new cases, and Suffolk had 47. The state overall reported 822 new cases, with just under half them, or 437, in New York City.

Long Island returned 1% positives from testing on Thursday, while New York City saw 1.5% of positives. The death toll statewide from the virus was 42 people Thursday. 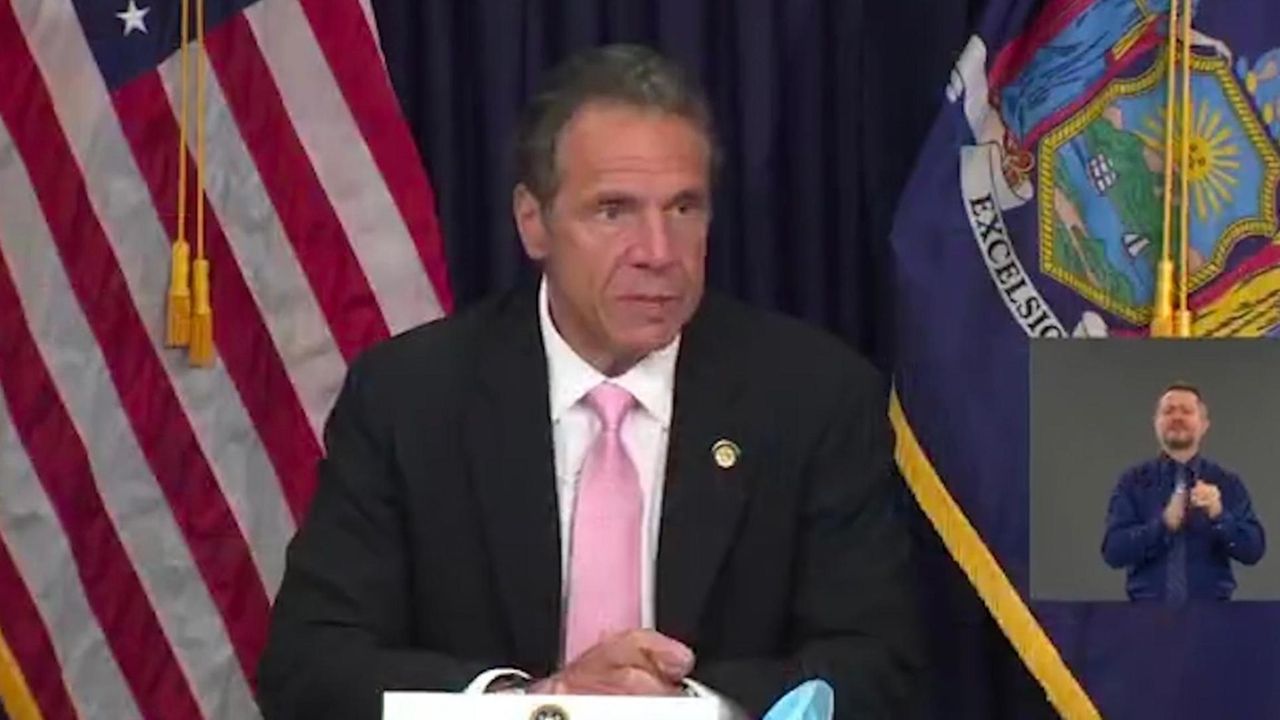 Cuomo: Don't 'forget what got us here' in curtailing coronavirus spread At his daily news conference Friday, Gov. Andrew M. Cuomo said New York, which was once the epicenter of the coronavirus pandemic in the United States, now has the lowest rate of transmission in the country.  Credit: Facebook / Gov . Andrew M. Cuomo

Bellone said Long Island has defied trends in other states, so far avoiding a second wave, because of its phased reopening, advanced testing and contract tracing program, and the diligence of residents.

“There was a lot of pain. A lot of anguish. A lot of anxiety from not knowing what exactly was going to happen,” Bellone said. “And how bad this was going to get. And it got very bad, with more than 4,000 people dying [on Long Island] from the virus in less than three months.”

Bellone called for allowing museums and other cultural institutions to begin opening. The facilities are slated to open in Phase 4, and the region is only in Phase 2.

'Semblance of a normal summer'

In Nassau, County Executive Laura Curran announced the reopening of playgrounds, the RV campground at Nickerson Beach and dog parks.

Beginning Saturday, 67 playgrounds in 35 public parks will reopen. “We can have a semblance of a normal summer,” Curran said.

On Thursday, Cuomo said the state will allow public pools and playgrounds to open at local governments' discretion.

Curran said pools at public beaches and at private beach clubs will open soon, as well as dog runs. Food trucks will be permitted in Eisenhower Park as well.

“Today’s progress is thanks to you — the residents of Nassau County — who worked together through some very challenging times and flattened the curve, and our numbers continue to be very, very good,” Curran said.

She said she believes it’s possible to open more businesses sooner, especially malls, which she said is critical to getting the Island’s economy moving.

But Curran said she and other officials are closely watching the rise in cases across the country, which “really serves to remind all of us that we are still in a pandemic.”

In the Town of Oyster Bay, playgrounds and two dog parks are opening, while pools should open on or before July 3, officials said.

The Town of Hempstead is opening playgrounds on Saturday and pools on July 3.

“The COVID-19 pandemic has impacted our social interaction, recreational activities and entire way of life, particularly for our community’s youth,” Hempstead Supervisor Don Clavin said. “We want people to be safe, but we also understand the need for our young people to get out of the house and restore some normalcy in their lives.”