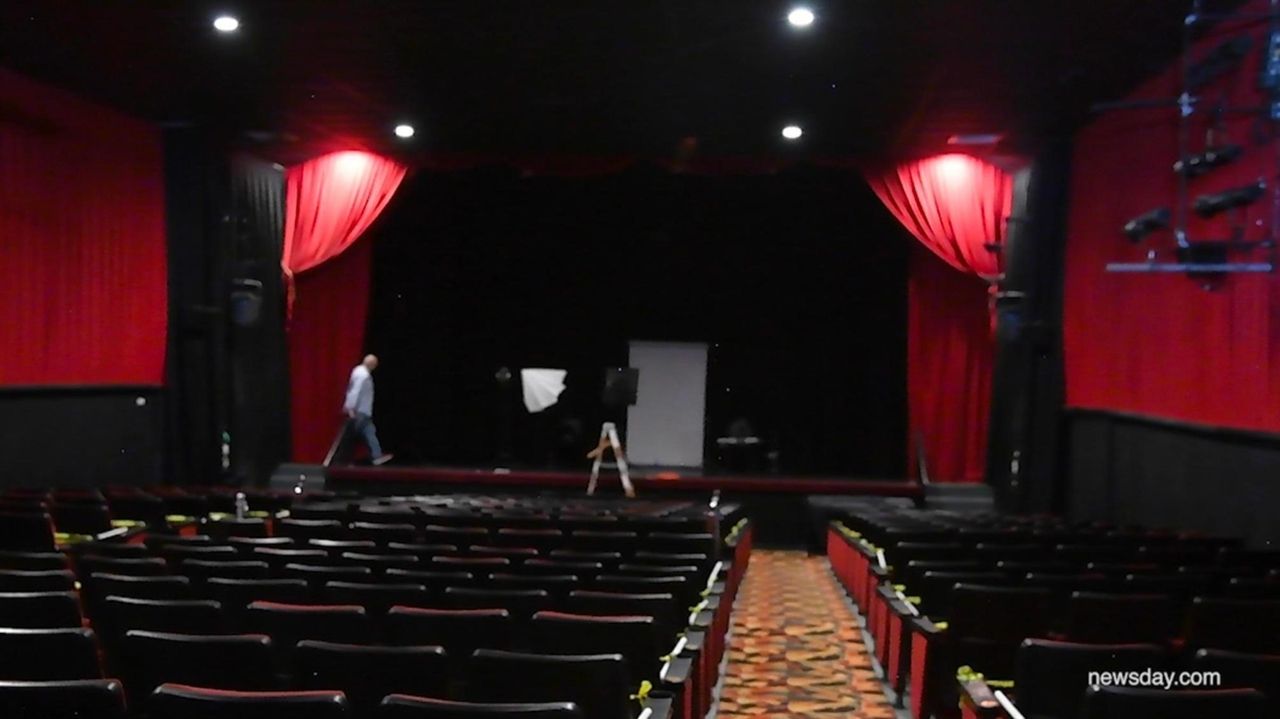 Movie theaters on Long Island can open Friday, as long as they limit attendance to 25%, have no more than 50 people per viewing screen and have enhanced ventilation systems, Gov. Andrew M. Cuomo said Saturday.

In addition, people must wear masks at all times at the movies, except when seated while eating or drinking, Cuomo said.

Cuomo said movie theaters may open so long as the infection rate of the county they are in has remained below 2% for 14 days and has no cluster zones. The announcement does not allow movie theaters to open in New York City, he said.

The announcement came as welcome news for a film industry that has slowed to a near-standstill due to the COVID-19 pandemic. Cinemas nationwide shut their doors in mid-March, which in turn caused Hollywood to postpone many of their biggest releases until next year.

Theater owners said they are confident they can meet the state's requirements but worried about being able to book films for showing. They said they first need to check with studios and film distributors that films will be available.

"It's our goal to open as soon as we can, if there are movies to show," said Brian Fiederlein, manager of PJ Cinemas, a facility that has seven screens in Port Jefferson.

He said the owner has been preparing the theater for reopening, including installing special air filters in the ventilation system.

The months without business have been a stress on the theater, he added, though it was fortunate to have been selected to receive money from the federal Payroll Protection Program, which allowed it to continue the salaries of its 25 employees.

It remains unclear whether all theaters will choose to reopen.

Regal, the second-largest theater chain in the United States, said this month it suspended operations at all 536 of its locations. The chain’s Long Island sites include Ronkonkoma, Farmingdale, Westbury and a newly built venue in Lynbrook.

Joseph Masher, president of the National Association of Theater Owners of New York, said film companies have said they will not release a blockbuster movie until the theaters open in the major markets of New York City and Los Angeles.

Still, he welcomed the announcement.

"We are exceptionally excited and thankful to the governor," Masher said. "We're looking forward to serving our patrons safely."

Cuomo: LI movie theaters can open Friday Gov. Andrew M. Cuomo announced at a briefing Saturday that movie theaters on Long Island can open Friday with limited attendance and other guidelines in place. He also spoke about a micro-cluster targeting approach to combating the spread of COVID-19. Credit: Office of the Governor

Masher said he's confident that the great majority of theaters will meet the state's criteria for reopening.

In those that can open, people must wear masks at all times except when they're seated while eating or drinking. Assigned seating will be required, and social distancing must be followed at all times. Theater staff will be tasked with controlling seating, occupancy and traffic.

The theater industry on Long Island has been devastated by the months of inactivity, Masher said. "It's been horrific," he said. Many of the state's 10,000 theater employees have been laid off or furloughed, he said.

Marc Stein, general manager of the Bellmore Movies, said the single-screen theater has been cleaned and set up for the limited-size audience. The challenge now, he said, is finding independent movies to show. The 100-plus-year-old theater is known for them.

Cuomo also spoke about the state's "microcluster strategy" in fighting the virus, saying that the amount of testing has been so widespread and targeted that officials can trace outbreaks to a block-by-block level. These clusters continue in Queens, Brooklyn, Orange and Rockland counties, he said.

"If you have a cluster, there is a lack of compliance" with wearing masks and social distancing, he said. "If people are following the rules, the virus is not spreading."

Cuomo on Saturday specifically pointed to a Sweet 16 party that took place Sept. 25 at The Miller Place Inn on Long Island, after which 37 people tested positive for COVID-19. The party had 81 guests, exceeding the state maximum of 50, officials said, noting not all attendees were wearing masks. The venue has since been fined $12,000.

The governor said mitigation efforts in cluster areas are working. He noted that a red area in Brooklyn with a 6.6% infection rate from Sept. 27 through Oct. 3 had a rate of 4.9% Friday.

The state's overall infection rate was 1.1% Friday. The cluster areas had a rate of 4.34%, and the rate for areas outside the clusters was 1.02%, he said.

The state had nine deaths related to coronavirus Friday, including one in Suffolk, he said.

A total of 159,972 test results were reported to the state Friday, a record high, the governor said.

The picture on LI

Nassau County Executive Laura Curran praised the performance of her county. Nassau’s hospitals have 61 COVID-19 patients with 14 in ICUs and seven patients on ventilators, she said.

"We have been able to hold the positivity rate around 1% for this long because residents are doing the right thing," Curran said. "Our hard work continues to pay off as movie theaters have been given the green light to reopen in Nassau. I have toured movie theaters small and large across the county and I am confident that their smart modifications along with the state’s guidance will allow them to safely invite residents back."

In Suffolk, a total of 1.0% of those tested were positive for COVID-19.

Planning for a vaccine

He also said there needs to be a national strategy on distributing the vaccine, since it's too large a task to just leave to the states. The National Governors Association has sent a letter asking the federal government to spell out a plan, he said.

"Frankly, if the federal government doesn't do anything, we'll figure it out here in New York like we figured it out for the past seven months," Cuomo said.

List: COVID-19 cases reported in LI schoolsStudents, teachers or staff have tested positive for the coronavirus at schools in dozens of Long Island school districts. Here's a roundup. See what percentage of people around you are fully vaccinatedSee vaccination rates by ZIP code, and more COVID-19 data. See the latest news on the coronavirus, vaccinesKeep up to date with the latest on the global coronavirus outbreak. See which states are on the travel advisory listPlanning a trip? Stay up to date with which states are on the tristate travel advisory.