This story was reported by Matthew Chayes, Bart Jones, Craig Schneider and Joie Tyrrell. It was written by Jones.

"People should get ready," de Blasio told WNYC’s Brian Lehrer on Friday. He counseled parents to have a plan for the rest of November if the schools close.

"That number has gotten quite close to 3 percent, and we are making preparations as a result, in case that number does exceed 3 percent, and in the event that we do have to temporarily close our schools," he said. 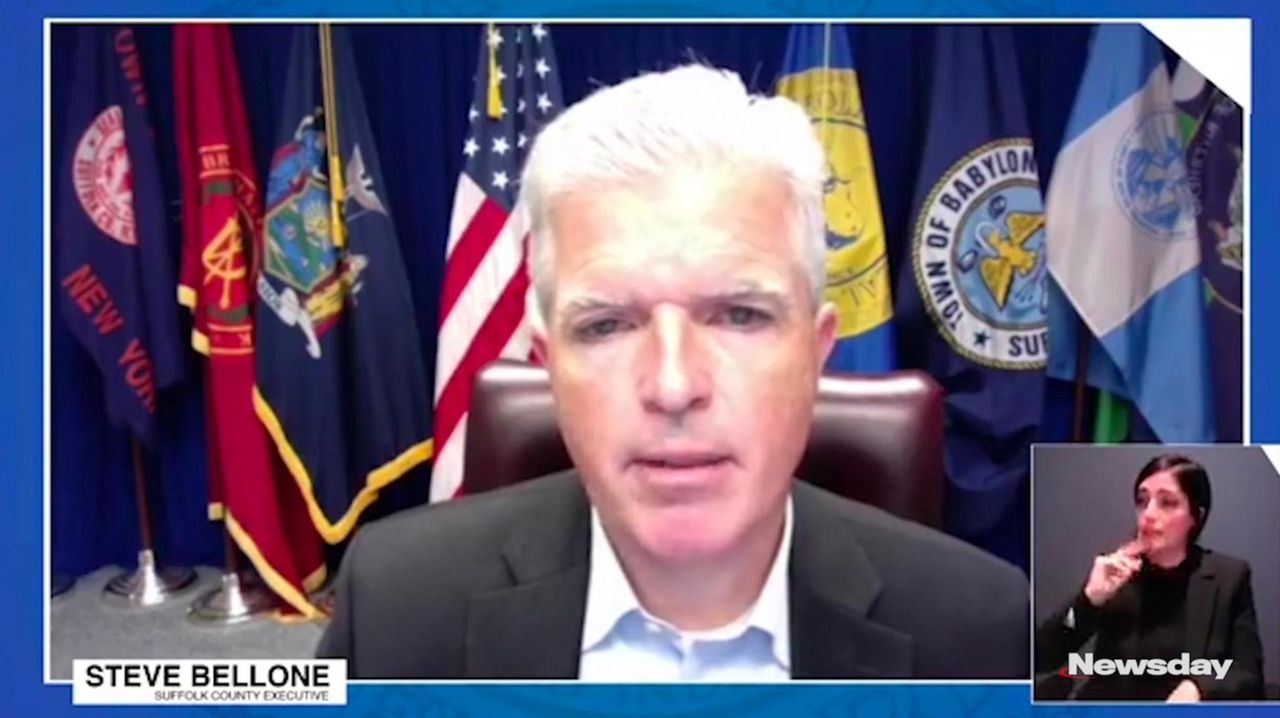 Gov. Andrew M. Cuomo said Friday he would not block the mayor from closing the schools as soon as next week because the city falls within COVID-19 parameters the state established.

The state had said in the summer that schools could open in the fall if the infection level in their region was 5% or lower, and could remain open if the level was 9% or lower.

Cuomo told reporters in a telephone briefing, however, that he would be open to implementing a more precise indicator calculating the level of virus spread within schools that could be used to determine their opening and closing.

He said that could be valuable because schools were not considered to be major spreaders of the virus. Instead, the main spreaders are bars, restaurants, gyms, mass gatherings and parties or gatherings at people's homes, he said.

"I would be open to that, where it's a different, more sophisticated calculation, that says we're not just going to look at the infection rate in New York City or in Erie County, but have a second factor, which is the infection rate within the school," he said.

The statewide infection level in test results from Thursday was 2.6%, including "micro-clusters" or "hot spots," which are oversampled, Cuomo said. Excluding the hot spots the level was 2.2%. The hot spots level was 4.5%.

Cuomo said the state broke its record on Thursday for COVID-19 tests, with 203,721. He noted that at the start of the crisis, the state could do only about 500 a day.

Twenty-four people died of COVID-19-related causes in the state on Thursday, he said.

The infection level on Long Island remained above 3% for a fifth straight day in test results from Thursday, clocking in at 3.3%. The positivity rate on Long Island was 3.4% on Sunday, the first time it topped 3% since May. On Monday it was 3.5%, followed by 3.3% on Tuesday and 3.1% on Wednesday.

Nassau County Executive Laura Curran on Friday called the surge "a defining moment for Long Island" and called on residents to double down on mitigation measures.

The governor warned that confirmed cases of COVID-19 are also rising around the country, including in New York's neighboring states. He announced that the governors of six Northeast states would hold an emergency summit this weekend to discuss ways to curb the increase.

He said he expected to take additional steps. This week he ordered bars, restaurants with liquor licenses and gyms to close by 10 p.m. every night.

At a news briefing, Bellone implored residents to avoid big family gatherings on Thanksgiving. If the spike in cases continues, he said, the county could see more restrictions.

The seven-day average in Suffolk was over 300 new cases, he said, compared with 119 the previous week. He linked the spike to indoor gatherings over Halloween.

"Small gatherings could lead to a super-spreader event," he said. "I know people are exhausted dealing with the virus, but now is the moment we need to rise to the occasion."

Nassau BOCES said it would go fully remote after the Thanksgiving break for one week until Dec. 4 to minimize exposure to COVID-19.

BOCES also reported that a staff member at the Career Preparatory High School in Westbury tested positive and the school would continue to operate on a remote schedule for 14 days.

The Oysterponds school district said its elementary school will "hold proactive Distance Learning" from Nov. 30 to Jan. 4. The Fishers Island district will hold remote classes from Nov. 30 to Dec 11.

Cuomo: New restrictions on NY restaurants, bars, gatherings amid COVID-19 riseNew York's businesses with liquor licenses, such as restaurants and bars, and gyms must close at 10 each night and gatherings in private residences must be capped at 10 people, Gov. Andrew M. Cuomo said. What you need to know about the new statewide COVID restrictionsWe answer your questions about New York State's new limitations on restaurants and bars, gatherings in private residences and more.