Nassau’s health department is planning to host COVID-19 "Student Vaccination Days" next week aimed at children ages 12 and older, an effort to boost immunity among that population in time for the start of the new school year, County Executive Laura Curran said Thursday.

It’ll be held from Tuesday through July 31, she said.

"Schools are going to open in September," Curran said. "We really want our young people to have as normal a school experience as possible and getting young people vaccinated — 12 and over — is incredibly important."

Curran said her three children, who are all older than 12, were vaccinated. 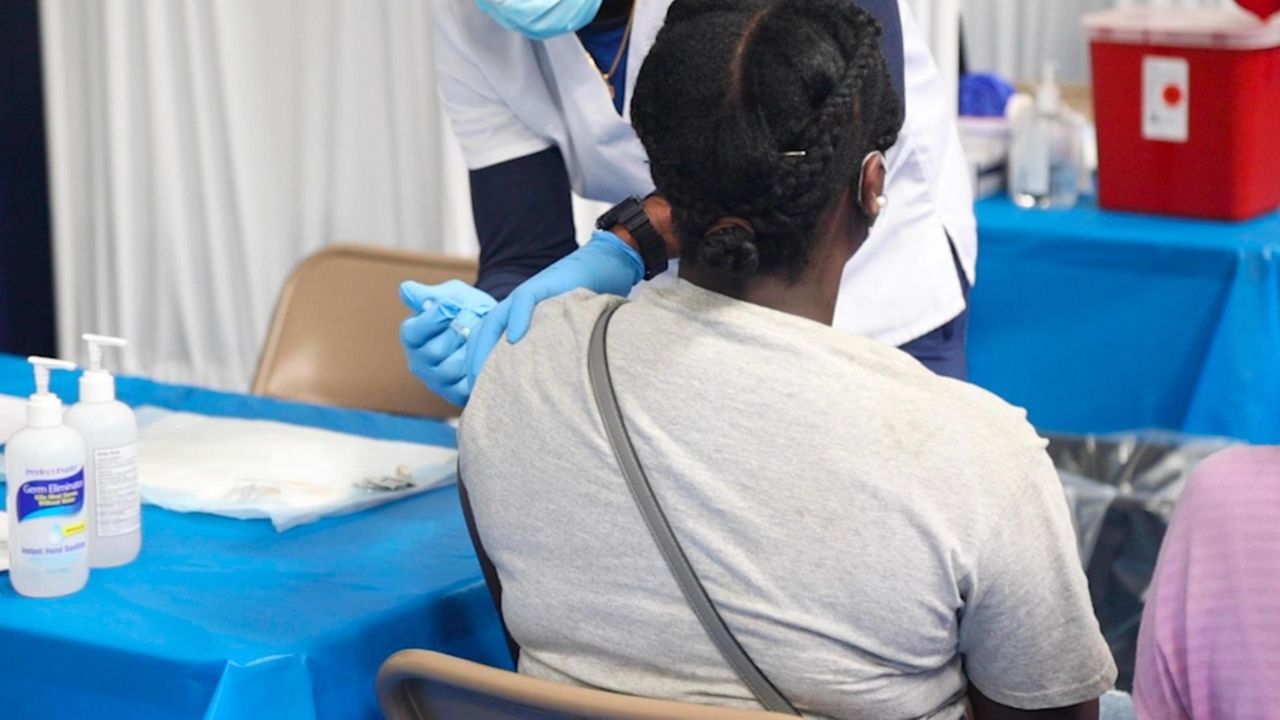 The county executive said 81% of adults 18 and older and 96% of those 65 and older in Nassau had received at least one dose of the vaccine.

"In our African American community, in our Hispanic community and in our youth we are not quite where we want to be," Curran said during a press event at Kennedy Park in the Village of Hempstead, where the special youth vaccine days will occur in partnership with Northwell Health and the village.

Mayor Bill de Blasio, speaking at his daily news conference, criticized first responders like police officers who are declining the vaccine, citing prior infection by the virus. "This is in the category of give me a bleeping break. When did everyone get a medical degree? Yeah, I'm sick of everyone armchair saying that they know more than the doctors. … So, could we stop the amateurishness, you know, like this is just got to end. It's got to end."

In the city, 43% of the NYPD has been vaccinated, but that tally includes those who got the shot from the department itself, spokeswoman Det. Sophia Mason said by email.

And in an email, the Suffolk police department said: "47% of county law enforcement have received vaccinations," It’s unclear whether that figure includes just Suffolk officers or also sheriff personnel and others, and whether personnel vaccinated elsewhere would be counted.

Also Thursday, Gov. Andrew M. Cuomo’s office released figures showing that both Long Island's counties had a second consecutive day with more than 100 new COVID-19 cases — Nassau with 152 and Suffolk with 126. And for second day in a row, one of two deaths Wednesday in the state was a Nassau resident.

On Long Island, there were 95 hospitalizations, up from 54 a week ago. And the number of ICU patients has tripled in the last 10 days, reaching 25 on Wednesday.

NYC workers face COVID-19 vaccine or weekly testingMayor Bill de Blasio announced Wednesday that New York City's public health personnel must be vaccinated or submit to weekly testing. The policy could be expanded to other municipal workers, including teachers, police and firefighters. NY: 8,700 of 11M vaccinated people test positive for COVID-19It's a fraction of the 244,000 people who have tested positive for COVID-19 in New York since April 1. LI's COVID-19 daily positivity rate hits highest mark since late AprilThe steadily increasing daily positivity rate, which was 2.3% on Long Island in Sunday test results, comes during a continuing slowdown in vaccinations and with the closing of statewide mass vaccination locations, including the Jones Beach site on Monday. Rise in cases in NY, on LI continues amid vaccine pushMore than 1,000 New Yorkers tested positive for coronavirus for the second straight day Saturday, as the state experienced its highest daily virus spikes since May.