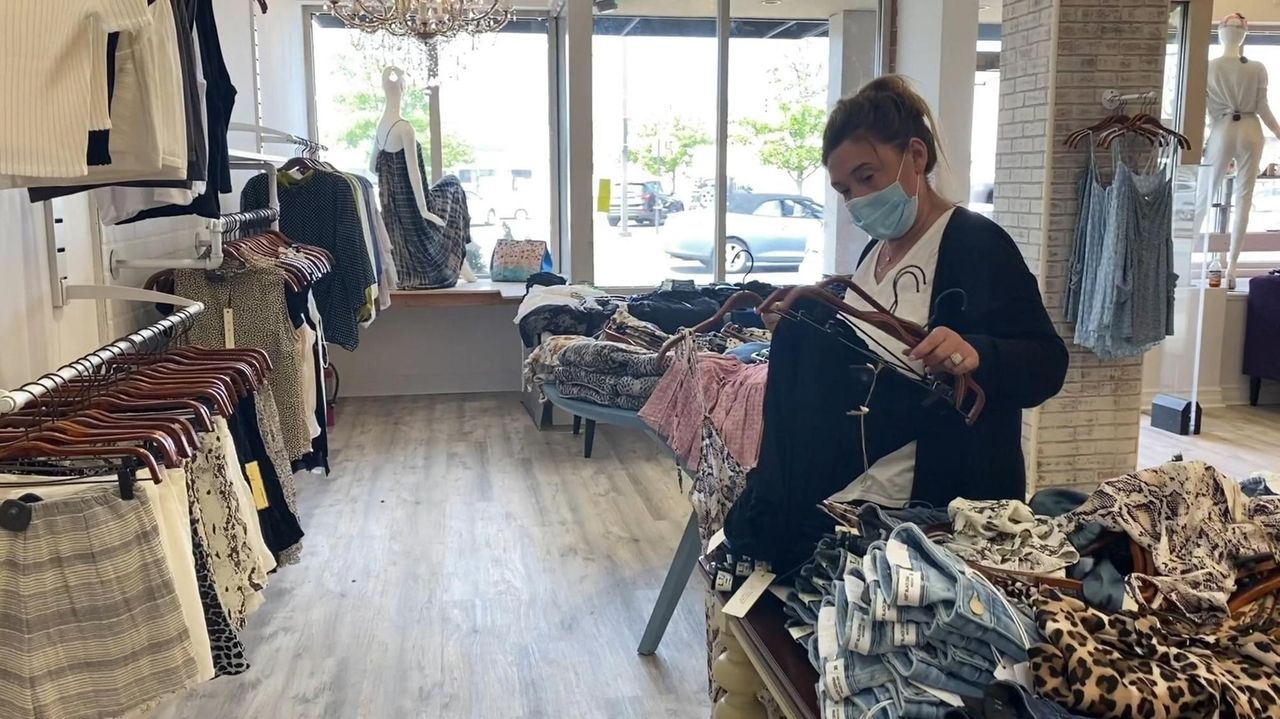 This story was reported by Rachelle Blidner, Alfonso A. Castillo, Matthew Chayes, Candice Ferrette, Bart Jones, Michael O'Keeffe and David Reich-Hale. It was written by Jones.

Long Island's economy starts reopening on Wednesday, after a shutdown of nonessential businesses for more than two months due to the coronavirus pandemic.

“This is a real milestone for us. We have been through a lot. It’s been an incredibly trying time, devastating in so many ways,” Suffolk County Executive Steve Bellone said.

Cuomo also called for a grand new program to “supercharge” the economy, borrowing a page at the state level from government-backed stimulus efforts pursued under Franklin D. Roosevelt’s New Deal in the Great Depression.

Cuomo, appearing at the New York Stock Exchange in Manhattan, where he rang the opening bell as the symbolic heart of American capitalism resumed activity, said Memorial Day had marked not just the unofficial start of summer.

Rather, he said, it was the start of New York’s full-fledged campaign to restore its devastated economy, as the spread of the deadly coronavirus that brought the state to its knees appeared under control for now.

Later, he said, “We want that economy to come roaring back. And that’s not going to happen just by wishing it to be so. We have to take an affirmative action, we have to be part of that. And today is page one of that chapter.”

The first phase of the state's reopening on Long Island on Wednesday includes construction, manufacturing, curbside retail or in-store pickup as well as wholesale trade, agriculture, forestry, fishing and hunting, according to state guidelines.

In the second of four phases that would follow if all goes well, the state's reopening would include professional services, retail, administrative support, and real estate or rental and leasing.

Cuomo laid out a plan under which the government, amid the worst unemployment since the Great Depression, would stimulate the economy, like FDR did, by hiring thousands of people to carry out large-scale public projects.

Noting the nation’s infrastructure has been crumbling for decades, he singled out projects such as the new Penn Station, the renovated LaGuardia Airport, the AirTrain from LaGuardia to Manhattan, a cross-state renewable energy transmission line from upstate and Canada to downstate New York, the cross-Hudson tunnel used by Amtrak, and the extension of the Second Avenue subway up to 125th Street in Harlem.

He said he plans to discuss the proposals to start or accelerate such projects with President Donald Trump when he travels to the White House on Wednesday.

He said Suffolk is on track for Phase One of reopening and that the following phase could roll out after two weeks, if the infection rate does not rise, contact tracing for new cases remains in place at required levels, and people use “common sense” in preventing further spread.

But Bellone also acknowledged uncertainty about the future. 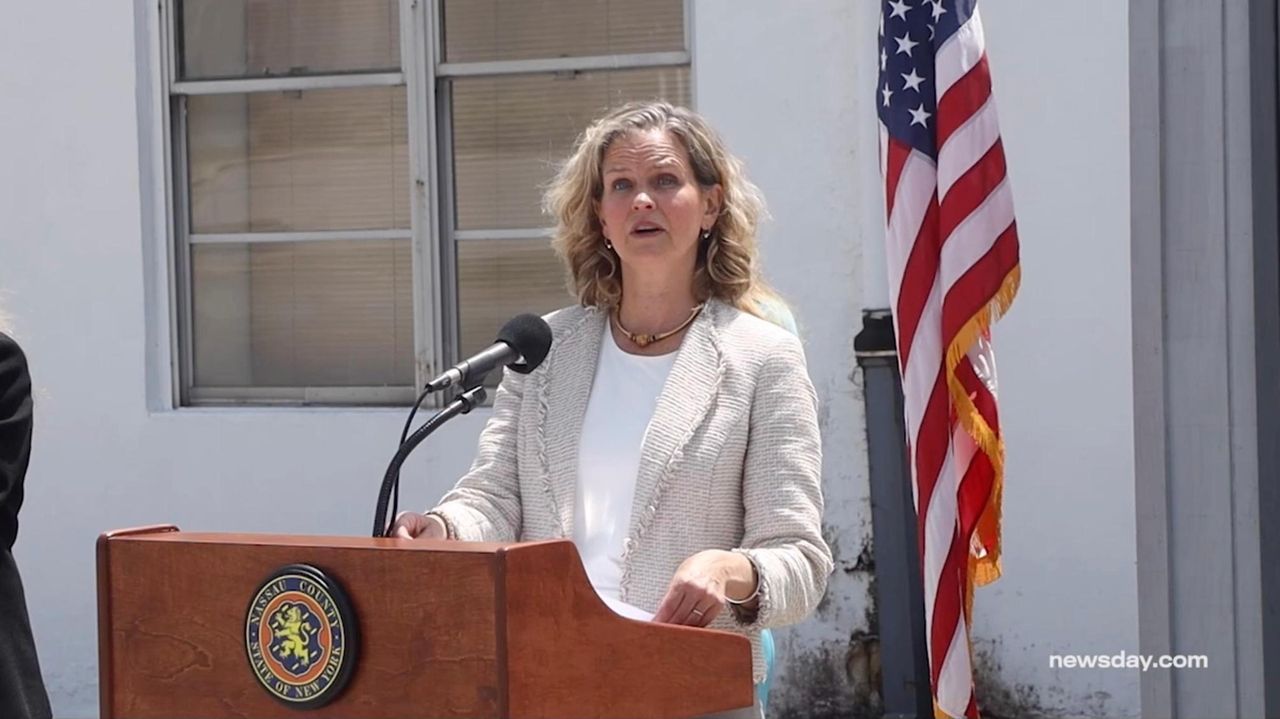 Curran: Hospitalizations are down in Nassau Nassau County Executive Laura Curran on Tuesday said that hospitalizations continue to decrease, and that the county will continue to increase contact tracing to help prevent the spread of the disease. Credit: Howard Schnapp

“Anybody who thinks they know exactly what’s going to happen hasn’t been paying attention. This is a rapidly evolving situation,” he said.

Bellone said he expected that 1,368 county employees would be certified as contact tracers by the end of Tuesday, and that the county will hit the state-mandated declining death metric Wednesday.

Nassau County Executive Laura Curran said Tuesday that “we are on track” for reopening.

“I know people are itching to get to work,” Curran said. “It’s going to take some time. It’s going to be a slow process back.” 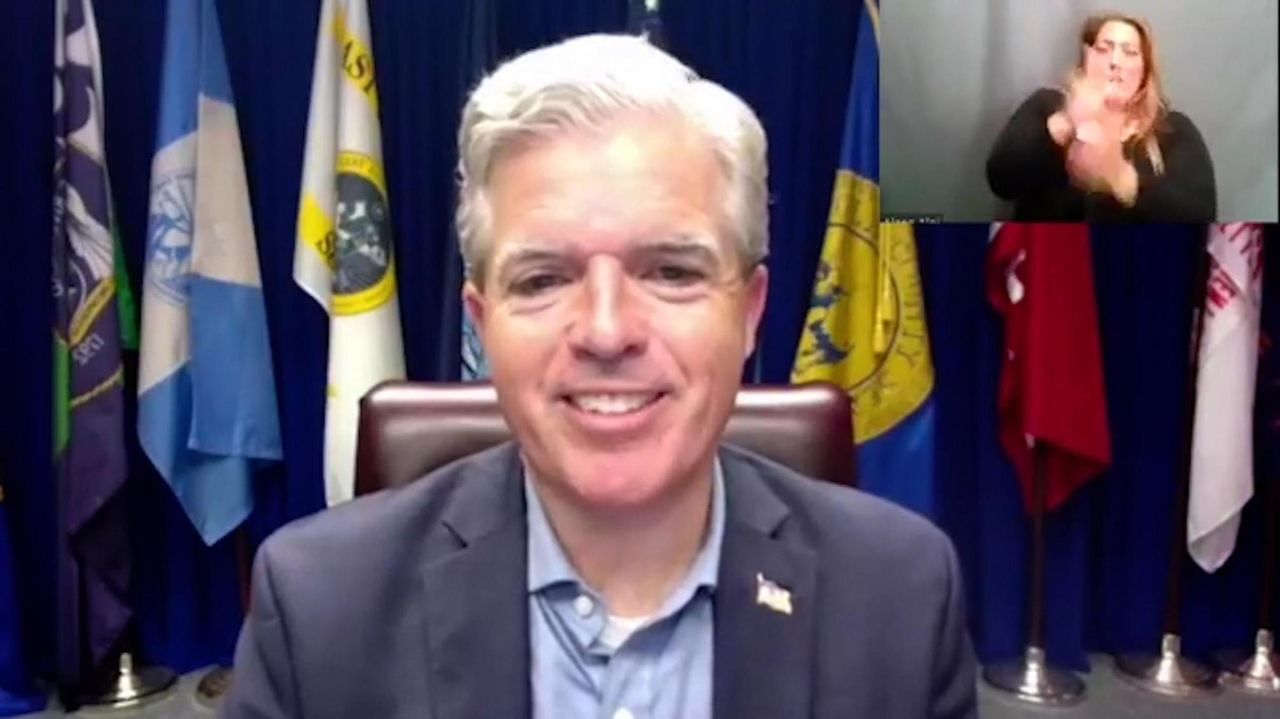 She said she is pushing for the inclusion of nonprofit gardens in the first phase, such as Old Westbury Gardens, as well as museums with the ability to host visitors for guided, touchless exhibits.

She announced NYCB Live's Nassaul Coliseum will host outdoor drive-in movies with the first screening of “Trolls” on Friday.

With Long Island starting Phase One on Wednesday, Cuomo said the region needs to stay alert to react quickly to any resurgence of the virus.

Cuomo said the "control rooms," which in Nassau and Suffolk counties include Bellone and Curran as well as other business and civic leaders, need to monitor the data on the virus to guide their actions.

He called on Curran and Bellone by name to stay on top of the transition to Long Island's active economy.

"I’ve said to these county executives, 'Watch the numbers and when you see a cluster of cases, jump on it,'" Cuomo said.

He stressed they should focus on metrics on hospitalizations, deaths and preparedness tracked on a daily basis by the state to guide their actions. "You see a little movement, you pounce on it,” he said.

The mid-Hudson region, north of New York City, launched its reopening phase Tuesday, Cuomo said, but New York City is not ready to restart its "nonessential" business activity because of the widespread impact of the pandemic in the five boroughs. He said more study is needed there to target containment actions in the most affected ZIP codes, which are generally areas where many black and Latino residents live.

Traders cheered as Cuomo rang the opening bell of the New York Stock Exchange, which had been closed since March.

Under rules put in place to prevent a resurgence, traders will be required to wear masks and stay 6 feet apart. The NYSE says fewer traders will be on the floor at a given time for now in order to support the distancing requirements. Anyone entering the exchange will be asked to avoid public transportation.

Cuomo tweeted just before the opening bell: "Today I ring in the start of the trading day and the return of traders to the floor of the NYSE. In the two months the floor was dark, NYers bent the curve and slowed the spread of this virus. #NewYorkTough."

NYSE president Stacey Cunningham, in a Wall Street Journal op-ed, wrote: “We will respect the sacrifices of front-line workers and the city at large by proceeding cautiously, limiting the strain on the health-care system and the risk to those who work beneath our roof.”

Meanwhile, the State Legislature was set to reconvene as the state relaxed more restrictions.

Cuomo said the state has been set on reopening all along, but the question remained how to do it without aggravating the crisis. Economic activity will not return to what it was before the pandemic caused the shutdown, Cuomo said.

"I think there will be winners and losers in this new economy," he said. "I don't think the economy comes back for everyone, everywhere the same way."

Many Americans will need help to return to work and get through the crisis, which is why he said he's pushing for congressional action to reinvest in infrastructure and help fund state economies.

"So you are going to see pain," he added.

On his plan to "supercharge" large public projects, Cuomo noted that Roosevelt launched “major public works that made the nation better, and when we did it, we stimulated the economy.” He pointed to “magnificent” projects such as the Hoover Dam and the Lincoln Tunnel.

Cuomo said that he wanted, in effect, to create his own “New Deal” for New York — with the federal government’s assistance — to create thousands of jobs.

Presidents, both Republican and Democrat, from Bill Clinton up to Trump, have been talking about upgrading the nation’s aging infrastructure, Cuomo said. “Nobody has done anything,” he said. “We have major infrastructure needs. We’re not building. The rest of the world is passing us by.”

The state's COVID-19 statistics continued to show improvement in fighting back the virus, and were down at levels similar to when the crisis started in March.

The latest daily death toll of 73 people on Monday was close to the toll of 78 on March 25, according to state figures released Tuesday. “That’s the lowest level that we have seen since this started, so again in this absurd new reality that is good news … It’s tragic now, but relative to where we’ve been, we are on the other side of the curve” of the outbreak.

The total number of people hospitalized for coronavirus-linked illness, 4,265, marked the fifth straight day that figure was below 5,000, and was a sharp drop from the peak of nearly 19,000 in early April.

Monday's number of new hospitalizations, 201, was the seventh straight day that figure was below 300 in the state, and was far below the daily peak of about 3,200.

Cuomo met that news with an “Amen.”

The reported daily number of new coronavirus cases continued at levels not seen since March.

With Long Island reopening Wednesday, the Long Island Rail Road announced plans to bolster capacity on trains, which have been running on a reduced schedule since March. The LIRR said it is adding 105 cars to its existing schedule of trains, bringing the total number of cars in operation to more than 800.

The railroad said it has another 105 cars that can be put into service immediately. LIRR ridership has been down by more than 90% for most of the last two months.

In other COVID-19 metrics, Curran said Nassau had 43 days of declines in hospitalizations — more than any one region. Currently there are 410 COVID-19 patients in the county’s 11 hospitals.

Nassau's nearly 70 new coronavirus cases is a number Curran called “manageable” for the county health department to perform contact tracing. She did not provide the number of contact tracers hired for the effort but said: “We are closing in on that 750 number” that the county aims to reach for reopening.

“Obviously we need to keep a sharp eye on the numbers,” Curran said.

“A lot of people are still not confident about going out right now,” Curran said. “In the beginning it’s going to be slow.”

In New York City, Mayor Bill de Blasio said “we are getting ready” to reopen in coming weeks.

“We’re thinking about all the pieces: How do people come back to work, what kind of precautions need to be in place, how do we monitor it, how do we inspect it, how do we make sure everyone’s doing what they’re supposed to be doing?” he said.

He discussed potential exposure to the virus as more people return to their jobs and use public transportation through the reopening phases.

Long Island courts will begin to take their first steps toward reopening on Friday, state judicial officials announced, but visitors will be required to undergo screening before entering courthouses.

Visitors and staff will be required to wear masks, the officials said Tuesday. Courtrooms and other areas will be marked to ensure proper distancing.

Courts had limited operations for the past two-and-a-half months.