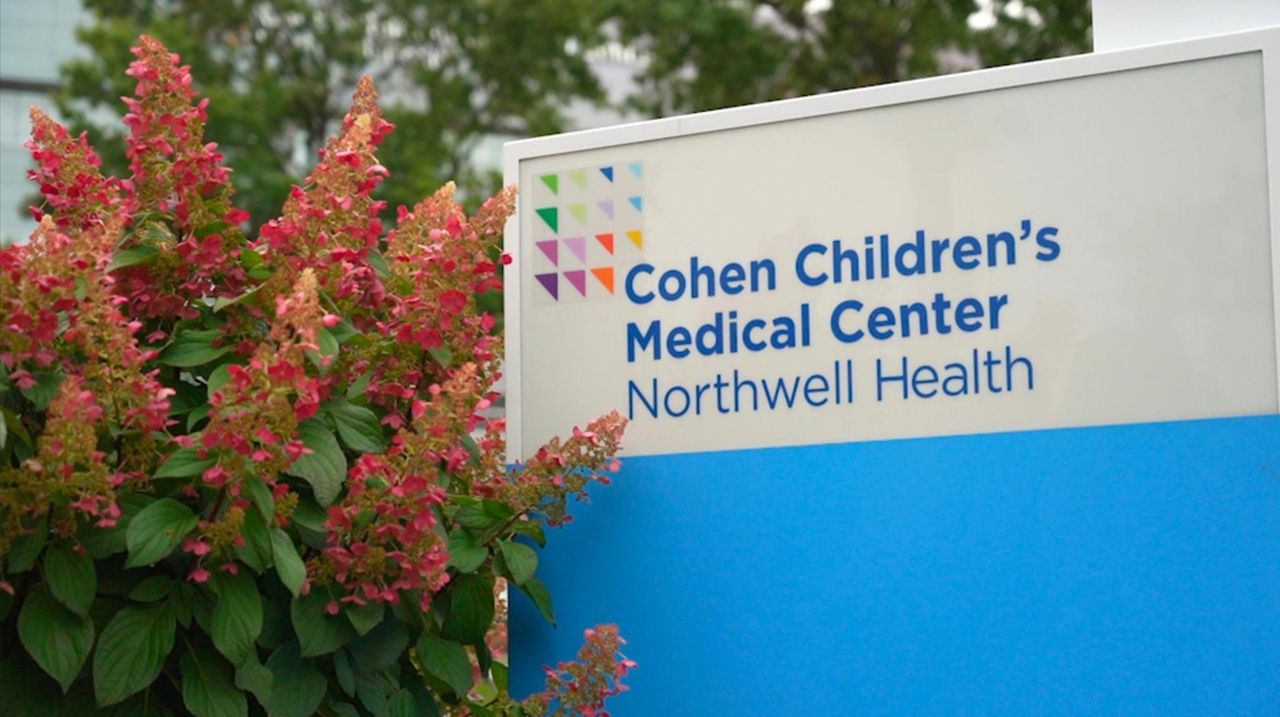 Dr. Henry Bernstein, who is a member of the CDC's Advisory Committee on Immunization Practices, says the committee's job is to review data on potential COVID-19 vaccines and make a recommendation to the CDC director. Credit: Corey Sipkin

Long Island hospitals and the state and federal governments are preparing for the arrival of a COVID-19 vaccine, which experts said could occur as early as the end of this year.

The planning comes as four potential vaccines are in large, final-stage U.S. clinical trials, and Gov. Andrew M. Cuomo vows that the state will independently assess vaccine research data because of distrust of the Trump administration.

Northwell Health has been planning for a vaccine for weeks, said Dr. Mark Jarrett, chief quality officer for the health system, which runs 11 Long Island hospitals.

"What we’re doing is coming up with multiple scenarios so we have the plans in place, depending on which vaccine comes up first," he said.

Mount Sinai South Nassau in Oceanside and Nassau University Medical Center in East Meadow are preparing distribution plans based on how flu vaccines are administered, officials at those hospitals said.

Northwell is developing a way to track everyone getting a vaccine, to ensure that those who need a second shot in a two-shot regimen receive it, Jarrett said. Some leading vaccine candidates will require two shots a few weeks apart.

Northwell also will monitor who may get sick with COVID-19 despite the vaccine, because no vaccine is 100% effective, Jarrett said.

It may be challenging to convince most people to get vaccinated if, for example, it's only effective in 70% of people, which is at the upper range of effectiveness for flu shots, said Dr. William Schaffner, medical director of the National Foundation for Infectious Diseases and a professor of infectious diseases at Vanderbilt University Medical Center.

"People will be really disgruntled and surprised to learn after they’re vaccinated they’ll have to keep wearing masks and social distancing and not go to large group events," he said. "We’ll have to continue all those things for months and months and months."

Dr. Anthony Fauci, director of the National Institute of Allergy and Infectious Diseases, has made similar remarks.

But mass vaccination is critical to containing the spread of the coronavirus, although "we're not going to eliminate this virus," Schaffner said.

"The better the vaccine is, and the more people who receive it, the more quickly we can return to a semblance of normal, a new normal," which could be, for example, wearing masks during winter months, which has been common in some Asian countries for years to combat the flu, he said.

Yet many Americans say they won't get a vaccine, in part because of concerns about safety. A Kaiser Family Foundation poll released Sept. 10 found that 62% of Americans are worried a vaccine will be approved before it is shown to be safe and effective because of political pressure from the Trump administration.

A Long Island doctor who will play a key role in vaccine approval vowed that he and the 14 other voting members of a U.S. Centers for Disease Control and Prevention independent advisory committee on vaccines would rigorously scrutinize research data.

"Our group won’t make any recommendations until we’re comfortable with the science," said Dr. Henry Bernstein, a professor of pediatrics at the Zucker School of Medicine at Hofstra/Northwell and the only Northeast member of the CDC’s Advisory Committee on Immunization Practices, whose recommendations the CDC’s director typically follows. "We have no intention of cutting any corners."

Dr. Paul Spearman, director of infectious diseases at Cincinnati Children’s Hospital Medical Center and a professor there, said Americans could trust the recommendations of the committee, which was comprised of medical and public-health experts.

"They will make an independent judgment not related to political pressure," he said.

Bernstein, an attending physician at Cohen Children's Medical Center in New Hyde Park, said a vaccine could be available as early as the end of the year, which was in line with other leading experts' predictions.

But he expressed doubt that a vaccine would be ready before Election Day on Nov. 3, which President Donald Trump said may occur.

"That would be accelerating the vaccine development process much too quickly in my mind," Bernstein said.

He said even though some vaccine candidates were promising, there was not yet enough data to predict how effective or safe any vaccine would be. It would take months to provide vaccines to all Americans who wanted one, he said.

Bernstein’s remarks came as Cuomo on Thursday announced the formation of a committee to review vaccines for safety.

The day before, Trump said the White House might quash a U.S. Food and Drug Administration plan for independent oversight of that agency’s review of vaccine safety and effectiveness.

Dr. Anthony Boutin, CEO and chief medical officer for NuHealth, the public benefit corporation that runs Nassau University Medical Center, said a state recommendation was key for him to convince patients that a vaccine was safe.

"I’m not going to peddle something I don’t believe in," he said.

Northwell will conduct its own evaluation, Jarrett said.

Cuomo on Thursday also appointed a committee to create a vaccine distribution and implementation plan.

A Sept. 16 U.S. Department of Health and Human Services report said the federal government was developing a distribution plan with the states. Asked if Cuomo’s new committees would circumvent that process, state health department spokeswoman Erin Silk said in an email that the CDC asked each state to submit vaccination plans like the one the committee would put together.

"As always, we believe a competent federal government working in partnership with the states is ideal, but as we have learned from the past six months, while hoping for the best, we must also prepare for the worst," Silk said.

The federal government has spent billions of dollars on vaccine development, purchases and production, which has begun even as clinical trials proceed.

NYU Winthrop Hospital in Mineola was chosen as a site for a final, Phase 3 study of a vaccine candidate developed by U.K.-based AstraZeneca and Oxford University, the hospital announced Sept. 8. The company put its U.S. trials on hold for safety reasons. The Mount Sinai hospital system, including Mount Sinai South Nassau, is discussing potential clinical trial collaboration with vaccine producers, said Dr. Aaron Glatt, the hospital’s chief of infectious diseases.

Johnson & Johnson announced Wednesday that it was beginning Phase 3 trials of a vaccine, which, unlike other candidates, required only a single dose.

"When you’re trying to vaccinate hundreds of millions of people, it’s a logistic challenge to get people to come back for the second dose," Fauci said during an online discussion Thursday.

The FDA may not wait for the end of clinical trials to grant full approval and instead grant an emergency use authorization for a vaccine, something that has never been given for a vaccine, Spearman said. That could be justified if multiple experts determine there is enough data to demonstrate safety and effectiveness, he said.

Bernstein’s committee is discussing recommendations on which populations to prioritize for a vaccine, he said.

Children likely will be among the last to be vaccinated, because U.S. clinical trials still have not started for them.

Fauci said Thursday there were "good ethical reasons" for not testing a vaccine on children while safety data was still accumulating and kids were less likely to get sick from the coronavirus than others.

But Dr. Sharon Nachman, chief of pediatric infectious diseases at Stony Brook Children’s Hospital, said, "Delaying studying in children effectively puts them at risk for getting sick and dying of COVID."

Nachman is co-author of a newly published paper in the journal Clinical Infectious Diseases that calls for the start of clinical trials with children.

Vaccines in Phase 3 trials already have demonstrated a degree of safety and immune response, so it’s appropriate to begin the much smaller Phase 1 and 2 trials in children, Nachman said.

While children remain unvaccinated, they can still transmit the virus to others, she said.

"You’re never really going to stop the pandemic because so many households contain children and they will just continue to be a source of new COVID infections in the community," she said.

The National Academies of Sciences, Engineering and Medicine released a draft report Sept. 1 on distribution of a vaccine. The academies are congressionally chartered, independent bodies that advise the federal government.

The academies proposed the vaccine be distributed in this order of priority:

1a: High-risk workers in health care facilities and first responders.

1b: People with health conditions putting them at high risk of severe or fatal COVID-19 cases, and older adults in nursing homes and other “congregate or overcrowded settings.”

2. All older adults, teachers and school staff, residents of homeless shelters and group homes, incarcerated and detained people, those with health conditions that lead to a moderate risk of severe or fatal COVID-19 cases, and workers deemed essential to the functioning of society who have a high risk of infection.

3. Young adults, children and essential workers who are at moderate risk of infection.

SOURCE: National Academies of Sciences, Engineering and Medicine, Discussion Draft of the Preliminary Framework for Equitable Allocation of COVID-19 Vaccine