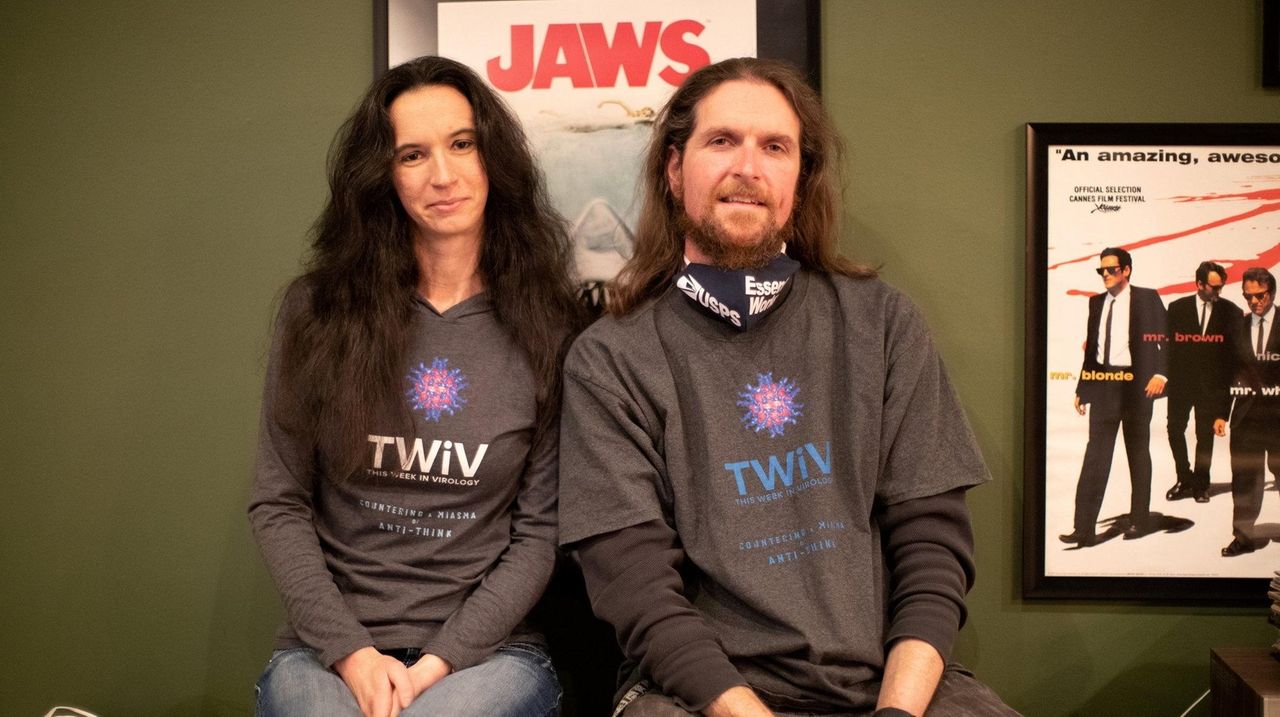 Brentwood's Jason Munn is a postal worker deemed essential by New York State. But, according to Munn on Monday, the state won’t allow USPS workers to get the COVID-19 vaccine. Credit: Kendall Rodriguez

For nearly a year, letter carrier Jason Munn has braved the pandemic, working 10- to 12-hour shifts while delivering mail to hundreds of homes and businesses across Suffolk County, even as many of his colleagues tested positive for COVID-19.

But Munn, 43, of Brentwood, said postal workers feel "forgotten" by New York State, which — despite recommendations by the federal government — has yet to make them eligible to receive the coronavirus vaccine.

"Why shouldn’t we be afforded the same opportunity as other high-risk groups?" asked Munn, a 17-year veteran of the Postal Service and a shop steward in West Islip. "I am in no way suggesting that we should go before other groups. But to just simply exclude groups without explanation is not fair."

Others were not so lucky.

In addition to Postal Service workers, the CDC recommends prioritizing the vaccination of agricultural and manufacturing plant workers, arguing that their professions put them at a higher risk of contracting the virus. But the administration of Gov. Andrew M. Cuomo, which is not required to follow federal recommendations, has yet to give the green light to vaccinate those workers.

State officials said the problem comes down to supply.

More than seven million New Yorkers, including seniors 65 and older, are currently eligible to receive the vaccine. But the state’s vaccine allocation has dropped precipitously, down to about 250,000 doses per week, forcing a mass scramble for a scarce number of appointments. Many residents had their scheduled appointments canceled in recent days due to a lack of supply.

"Our singular goal is to get as many New Yorkers vaccinated as quickly as possible — but due to a lack of supply from the federal government, we are not able to further expand eligibility at this point," said State Health Department spokeswoman Jill Montag. "While we understand the concerns and requests of all New Yorkers, we are constrained until the federal government steps up and provides more doses."

Nearly 44,000 Postal Service employees work across the state, including about 7,800 on Long Island, officials said.

Nationwide, more than 17% of the USPS' 644,000 employees have either contracted the virus or been forced to quarantine at some point, said Xavier Hernandez, a Long Island Postal Service spokesman, who said those figures illustrate the need for letter carriers to be vaccinated.

"The collective recommendation is that Postal Service employees be considered during the Phase 1B rollout of COVID-19 vaccines in state and local jurisdictions," Hernandez said.

Several other states, including Virginia and Delaware, have already made postal workers eligible to receive the vaccine.

Decisions on the order of groups to be vaccinated in New York are made by a team of about 15 people, including senior state officials and health and budget leaders, said Larry Schwartz, a former secretary to Cuomo who was brought back to oversee the state's vaccination plan.

Group members consult with the regional health networks established by the Cuomo administration to dole out the vaccines, focusing first on people viewed as having the highest risk of work-related exposure, officials said.

But critics accuse Cuomo of cherry-picking what guidance to follow from the CDC.

For example, on Jan. 12 Cuomo announced that, based on the recommendations of the CDC, the state would expand the list of New Yorkers qualified to receive the vaccine to include individuals 65 and older, adding an estimated 1.8 million people to the list.

The move came one day after the state approved allowing 3.2 million other New Yorkers to receive the vaccine, including front-line workers and those 75 and older.

The CDC has also recommended adding immunocompromised individuals to its vaccination eligibility list. But the Cuomo administration has yet to define what ailments should be included, forcing cancer patients, and those with serious heart conditions, chronic kidney disease and Down syndrome to continue waiting.

Cuomo’s top aide, Melissa DeRosa, said recently that immunocompromised individuals will be included in the next eligible group but that the state was working with the CDC "to find out exactly how best to define this category."

But with only 1.1 million New Yorkers vaccinated to date, officials concede it could be months until the state can expand its list.

Union officials representing thousands of Long Island electrical workers are also urging the state to expand its vaccine eligibility to include its members. The state said that group is part of the next wave to be vaccinated.

Some 7,000 Long Island farm employees, primarily on Suffolk's East End, also have to wait until the next grouping, although they are considered essential by the CDC.

Although agriculture and food processing employees were originally included in the state’s Phase 1B vaccination schedule, industry officials say they were removed due to limited quantities of the vaccine.

"They should be included in the priority group because we need to keep the food chain going," said Steve Ammerman, spokesman for the New York State Farm Bureau. "No matter who you are and where you live, you need to eat. And we need to make sure that our farm workers are protected in order for them to do the work that is necessary for food production."

Earlier this month, 17 state-run organizations in the agricultural, food processing and manufacturing industries wrote to Cuomo, urging him to expand the priority list.

"As the Centers for Disease Control defines these employees as essential, and as more vaccines become available to New York, agriculture and food processing employees should be the first to be considered when opening more work groups in Phase 1B," the letter stated.

But those workers have a lot of competition for the much sought-after protection from COVID-19.

Munn says many postal employees feel "taken for granted" by the state and they, too, are ready for their shot.

"There were times during the pandemic when almost no one was working, and we were still there," he said. "All we want is a chance to get in line with everyone else who is at the same risk that we are at."

Sign up for free text messages on key LI coronavirus updatesAs Long Island and the nation move toward reopening, Newsday is offering you another way to get the most important coronavirus news and information, right to your phone.