Gov. Andrew M. Cuomo announces a plan to take COVID-19 vaccinations to farmworkers during an event at the Angry Orchard cider house in Walden on Tuesday. Credit: Getty Images/Pool

Appearing at a briefing at a hard cider company in Orange County’s Walden, the governor said the Sun River Health care company would dispatch vans to administer the COVID-19 vaccines to farmworkers throughout the state.

Noting that many farmworkers in rural areas often find it hard to reach far-away vaccination sites, or lack the time, Cuomo said, "We’ll bring the vaccination site to you."

He added: "We have to get the vaccines in arms."

The state is providing 500 vaccine doses to Sun River Health to administer to employees at Angry Orchard, where Cuomo held the livestreamed event, as well as farm and food production workers at other facilities in the Orange County area. 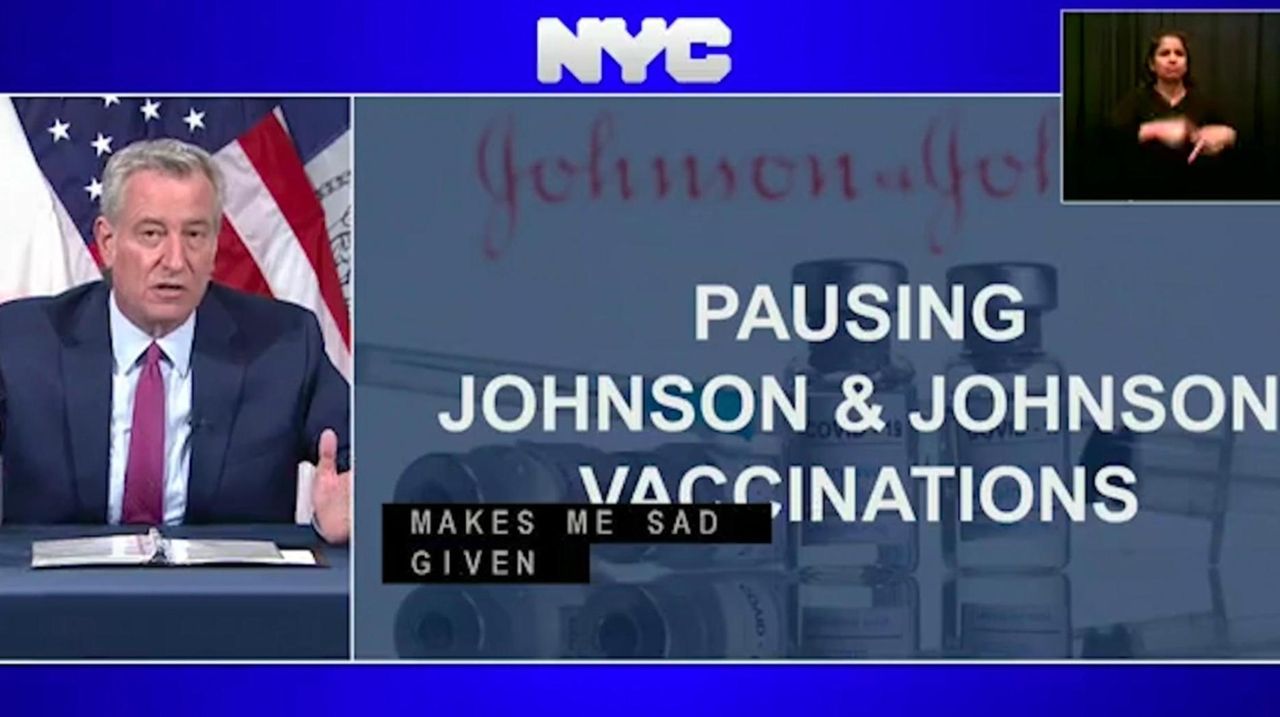 Cuomo suggested Tuesday the state was starting to make progress after weeks in which COVID-19 indicators plateaued.

The statewide seven-day average for positivity in COVID-19 test results Monday was 3.16%, the lowest in a month, he said. Long Island had the second-highest level in the state, at 3.85%, after spending weeks exceeding 4%.

The daily statewide level was 3.9%. Statewide, 58 people died Monday of causes related to the virus.

The number of new confirmed cases on Monday was 350 in Nassau County, 426 in Suffolk County and 2,311 in New York City.

Starting next Monday, both schools will resume their hybrid instruction models.

In New York City, of the 234,000 Johnson & Johnson coronavirus vaccines given there — including to Mayor Bill de Blasio and his health commissioner, Dr. Dave Chokshi — no blood clots were reported, the mayor said Tuesday at his morning coronavirus news conference.

Still, he said, out of an abundance of caution, the city would suspend that shot’s use after the Centers for Disease Control and Prevention and the Food and Drug Administration said Tuesday they were investigating unusual clots in six women that occurred 6 to 13 days after receiving the vaccine.

U.S. federal distribution channels, including mass vaccination sites, will "pause" the use of the Johnson & Johnson shot.

New York State's health commissioner, Dr. Howard Zucker, said the state would also stop using the vaccine "while these health and safety agencies evaluate next steps," and that all appointments for the Johnson & Johnson shot at state mass vaccination sites on Tuesday would be honored with the Pfizer vaccine.

De Blasio said the Johnson & Johnson appointments in the city would have to be rescheduled and the other two vaccines — Moderna and Pfizer — would be administered.

About 4,000 appointments scheduled for Tuesday were being rescheduled, according to de Blasio spokeswoman Avery Cohen. "We're trying to reschedule appointments with Moderna and Pfizer," she said in an email.

U.S. recommends 'pause' for J&J vaccine, but expects restart in 'matter of days'In a joint statement Tuesday, the Centers for Disease Control and Prevention and Food and Drug Administration said they were investigating six cases of unusual clots that occurred six to 13 days after vaccination. How to get a COVID-19 vaccine appointmentWith limited supplies and constantly changing conditions, it can be difficult for Long Islanders to make an appointment for a vaccine. The resources here might help.  See the percentage of LIers who are fully vaccinatedCheck the latest numbers on how coronavirus has spread in your community. Sign up for COVID-19 text alerts