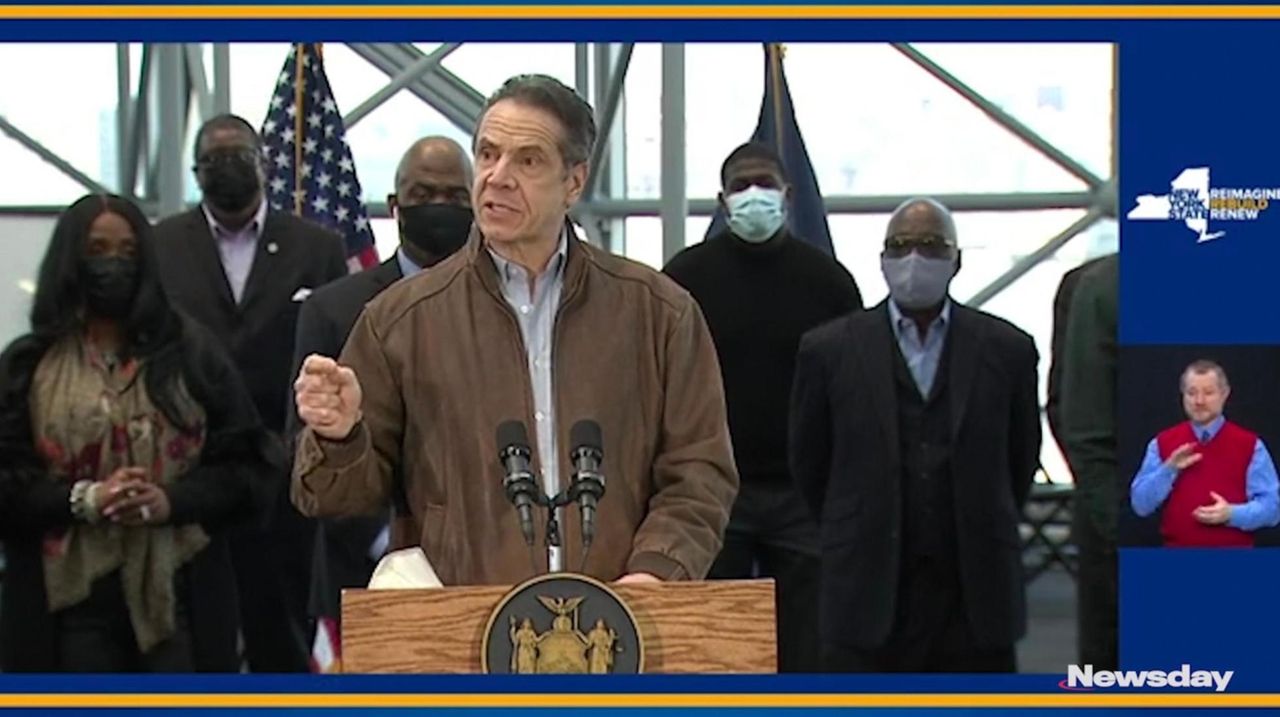 Gov. Andrew M. Cuomo on Monday returned to the scene of one of the most pivotal moments in the epic battle against the COVID-19 pandemic, as he announced the opening in coming weeks of 10 more mass vaccination sites across the state, including three on Long Island.

The sites here will be at the Suffolk County Community College campus in Brentwood, the SUNY Old Westbury Campus and the Stony Brook University campus in Southampton.

"Thanks to increasing vaccine supply from our partners in Washington we can utilize more of our state's capacity to distribute doses, and once they are open, these new sites will allow us to continue to get shots into arms on a large scale," Cuomo said in a statement.

The impending increase in vaccination options, announced on a day when the U.S. Centers for Disease Control and Prevention said fully vaccinated people can gather indoors without masks, was welcomed by Nassau County Executive Laura Curran, who said 23.5% of county residents have gotten at least one COVID-19 shot.

Two of the three approved vaccine formulations require two doses to be effective.

"New CDC guidance released today confirms that getting vaccinated is the single best tool we have to return to some kind of normal," Curran said in a statement. "My message to Nassau residents is simple: When you are eligible and have the opportunity, I urge you to take your shot."

The governor made the announcement at the Jacob Javits Convention Center in Manhattan, revisiting a place that was turned into a mass emergency hospital last year, when New York was spinning from an epidemic that had seized the city and state and brought much of society to a bewildering standstill.

Cuomo, fending off perhaps the worst crisis of his political career amid allegations of sexual harassment and covering up the number of COVID-19 deaths in nursing homes, instead focused Monday on how the massive convention-hall-turned-vaccination-site had been a "sea" of army cots to treat victims of the deadly virus as hospitals became overwhelmed in the spring of 2020.

He described the fear he saw on the faces of the National Guard and Army personnel who staffed the center in the early days when scientists knew little about the virus.

Converting the center into a huge emergency hospital was something "no convention center on the planet has ever done," Cuomo said.

He recalled how he spoke to the National Guardsmen.

"But they showed up. And that’s what was so powerful to me. In this frightening scene — jeeps, Army trucks, body bags — they showed up … They had the courage to show up."

'The beginning of the end'

Cuomo touted the state's progress since the peak of the pandemic and urged state residents, particularly in minority communities, to get vaccinated. A dozen Black clergy members stood behind him to support the message. One received a shot during the event.

"It was a painful year … Death, suffering, anxiety, loss, but we made it through," Cuomo said, departing from how his live briefings have been conducted and closing the event to the press, citing COVID-19 restrictions. "We are now at the end, or the beginning of the end. Why? Because we have a vaccine."

He said the Javits Center, which has been opened 24 hours a day to administer shots, "did more vaccinations than any place in the United States of America" over the weekend.

The center registered 13,431 shots administered during 24 hours Saturday and Sunday, and then 13,713 Sunday through Monday morning, he said.

The state also reported that about 40,000 vaccines have been administered at 48 temporary pop-up sites at houses of worship throughout the state so far.

The seven-day average on Long Island was 4.28%, with the figure persisting above 4% for several days. The number of new confirmed cases in test results Sunday was 453 in Nassau County, 552 in Suffolk County, and 2,747 in New York City.

Statewide, 64 people died Sunday of causes related to the virus, including six in Nassau and one in Suffolk. 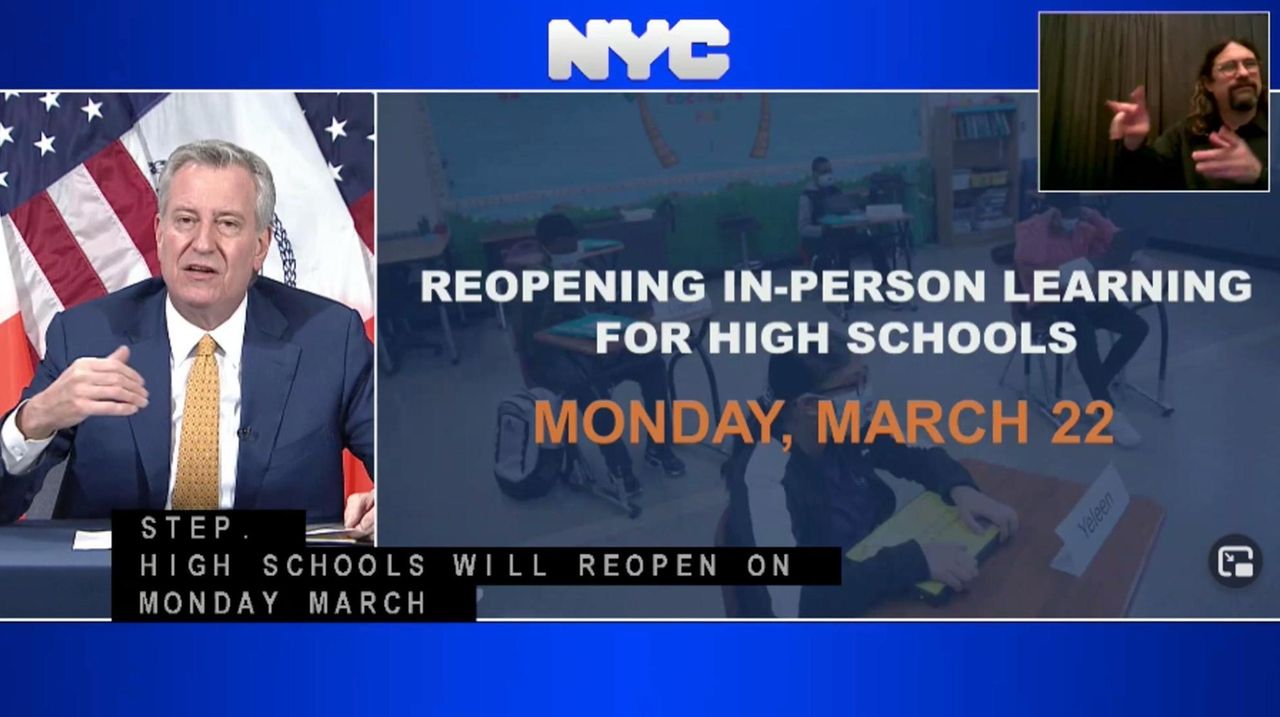 In NYC, a day of remembrance

Meanwhile, New York City will mark the one-year anniversary of its first death from COVID-19 on March 14 with a day of remembrance, Mayor Bill de Blasio said at his daily news conference.

Family members who have lost loved ones to the virus can submit names and pictures via a COVID-19 Memorial online form set by the city. The memorial, which will begin at 7:45 p.m., will be streamed live on social media, including Twitter and Facebook.

"We are going to mark Sunday with a day of respect and love for the families who have lost loved ones in this crisis," he said. "We will remember the people we lost. We are going to hold them close. But it’s also a time to think of everything this city has gone through and the strength and compassion and love that New Yorkers have shown."

The city vaccinated 100,000 over the weekend, bringing its total to date to 2.32 million New Yorkers, de Blasio said.

The goal, he said, is to vaccinate at least 500,000 city residents a week once supply increases.