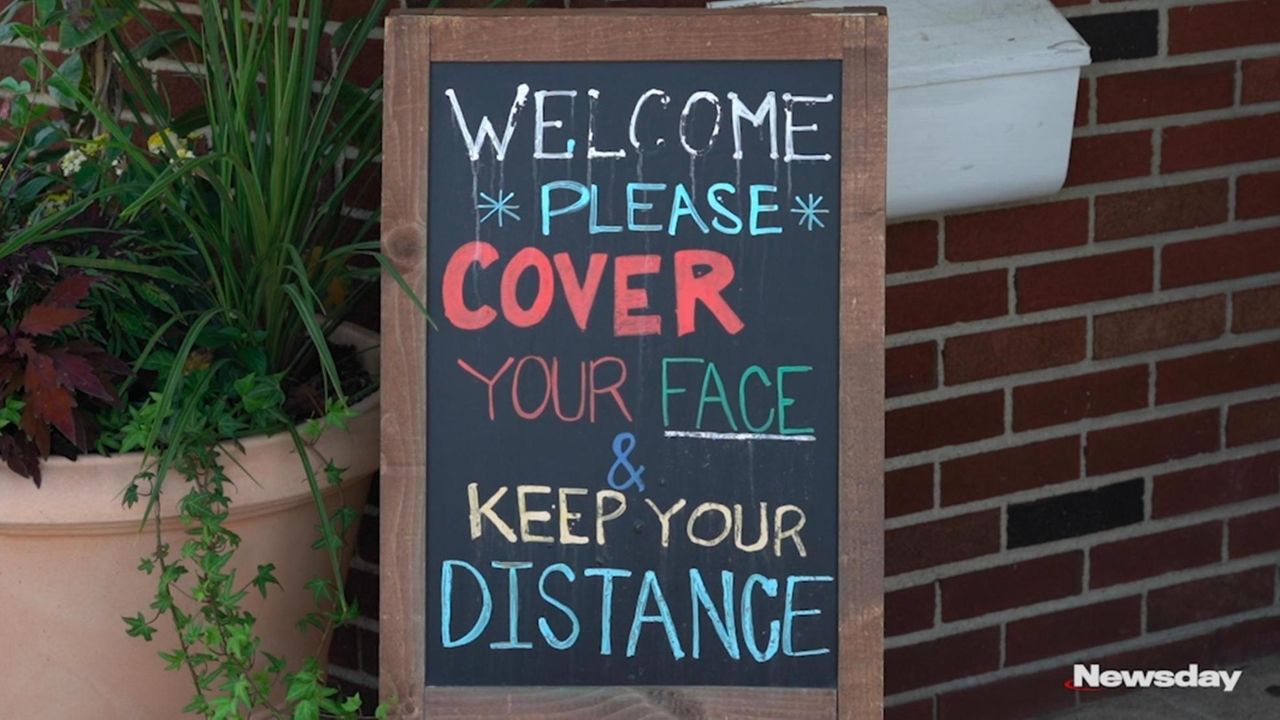 From wearing masks to cleaning off packages, Newsday asked Long Islanders on Monday what they do to protect themselves from COVID-19.   Credit: Debbie Egan-Chin

While there has been more clarity around the issue of how COVID-19 spreads, questions remain, including, does the virus linger in the air after a carrier sneezes? Does the virus live on surfaces, and if so, which kind? What makes indoor transmission so much more dangerous?

Newsday interviewed two Long Island doctors, Bruce Polsky, chairman of medicine at NYU Winthrop in Mineola, and Susan Donelan, medical director of health care epidemiology at Stony Brook Medicine, about how the virus spreads and why the greatest defense against it remains wearing masks and washing your hands.

DONELAN: No one refutes that the easiest way to transmit this remains face-to-face, in proximity. That's why source control, in this case, wearing a mask, goes a tremendous way toward keeping the virus from going from one person to the other.

Does the virus really linger in the air for minutes?

POLSKY: The answer is we don't know for sure. The official World Health Organization belief has been that it's spread through droplets, and not smaller aerosols, but that's being challenged by some doctors. The normal droplets are heavier, and therefore fall to the ground faster. The smaller drops can linger, especially indoors — and even if they do linger, we don't know for how long.

DONELAN: We lack some of the more rigorous scientific experiments to say for sure. But the bottom line is … we don't know. We do know that if you put more people in proximity of each other, the unfortunate reality is that's a risk, period.

How easy is it to contract COVID-19 by touching a surface?

POLSKY: I do think it's wise to be careful. No one is saying to abandon hand hygiene. Wiping down boxes is a fine practice, and after opening a box, it's good to clean your hands before you touch your eyes, nose or mouth. I say all this, even though this transmission method is not as major as spreading it from person to person. I think a lot of this is simple common sense.

DONELAN: IF COVID were to persist on a surface, it would be on something that is impermeable, which cardboard is not. If you get something sent via mail, your item should be in one piece, but the virus probably isn't. On the other hand, doorknobs are more high touch, and should be cleaned. But even if you touch the elevator button or a doorknob, you should be fine as long as you use hand sanitizer or wash your hands before you put your hands on your face.

Can asymptomatic people spread the disease?

POLSKY: Again, we don't know for sure. There is a strong belief that asymptomatic people do spread it, especially right before they get symptoms.

DONELAN: As long as there is ongoing transmission, it's difficult to tell. I suspect this isn't an all-or-nothing situation. It could be like influenza, where asymptomatic people spread it, but the question is how much do they spread it? Also, what can you do about it? All you can do is wear a mask and practice good hygiene.

POLSKY: Part of it is simply the proximity to others. You're closer together indoors. There's more, however. The indoor risk is also greater because there isn't as much air exchange and ventilation, and the engineering controls of the place you are at is uncertain. Outdoors you have a greater volume of air. Even so, it can be spread outdoors, too, which is why at places like a beach, I recommend a group stays 10 feet apart from another group, and it's good to wear a mask when you're walking from the beach to the car, or the car to the beach.