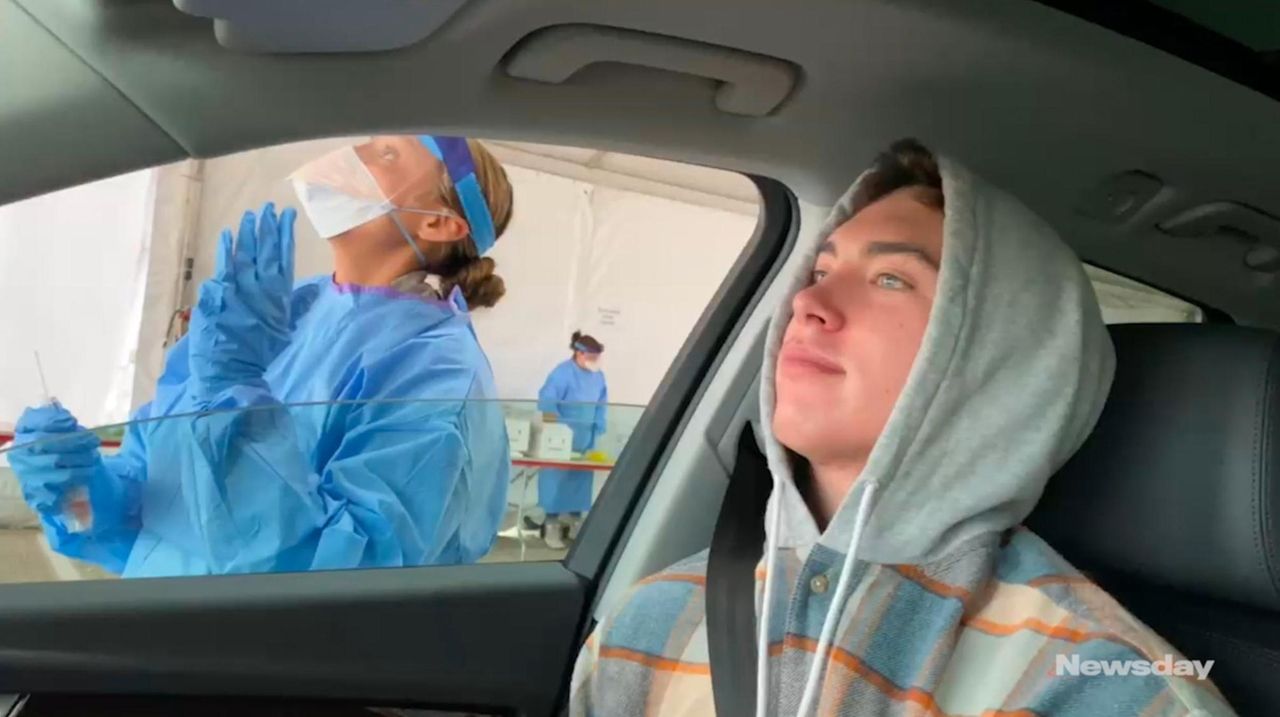 With more New Yorkers testing positive for the coronavirus every day, the pandemic's effects are being felt in cities, towns and villages across Nassau and Suffolk counties. The virus doesn't discriminate. Young and old Long Islanders, from all socio-economic backgrounds, have tested positive for COVID-19. Some Long Islanders have died.

Newsday spoke with three Long Islanders who have tested positive for the virus. They shared their fears and surprise at learning they contracted it and described dealing with recuperation.

Newsday wants to hear from Long Islanders who have tested positive for coronavirus. If you have a story to tell, please contact reporters Craig Schneider, Robert Brodsky and John Asbury at craig.schneider@newsday.com, robert.brodsky@newsday.com and john.asbury@newsday.com.

Natalie Villa couldn’t get out of bed.

Her body felt too heavy to move and she was losing her sense of smell and taste.

Five days later she was tested for COVID-19.

“I was kind of in shock,” said Villa, 20, of Dix Hills. “I never thought it would happen to me. I’m so young and healthy and they told me I had coronavirus.”

Villa had returned from classes at Villanova University in Pennsylvania two weeks ago and thought she was getting a cold. She began to feel symptoms on St. Patrick’s Day, starting in her sinuses and a cough. The body aches and fever eventually reached 102.5 degrees, mixed with sweats and chills, she said.

“My body felt so heavy I couldn’t get out of bed,” Villa said. “Once I found out my friends had symptoms earlier than me, I definitely thought I had it.”

Villa said that after losing her sense of smell and taste, she went to a private clinic in Dix Hills where they first tested her for the flu. She said doctors hesitated testing her for COVID-19 because they were saving tests for more vulnerable patients. When Villa did get tested, she said, doctors gave her a nasal swab that made her eyes water. Villa said she was notified the next day, Sunday, that she had tested positive.

Villa has continued to self-isolate at home, where her parents also have been feeling sick with a mild fever and chest tightness, but have not been tested. She said she was staying in her room for more than a week, where her parents and siblings would leave food at her door.

Villa is feeling better now and was told she’s not likely to still be contagious. She has more freedom now to visit her parents and cleans everything she touches.

She said her infection should be a warning to others that COVID-19 is highly contagious and reaches all age groups. One of her friends tested positive with no symptoms, Villa said.

“I didn’t think I’d be the person that was going to get it,” Villa said. “I think you need to listen to what they’re saying to distance yourself because others can carry the virus. You never know who has it.”

For weeks, Scott Taub didn’t take the coronavirus particularly seriously. The government, he thought, was overreacting.

But then on March 14, Taub, 38, a real estate broker from North Woodmere, started feeling lethargic.

At first it felt like a bad cold, he said, but then came the chills and body aches. While he never caught a fever, Taub started to get concerned.

He and his wife Rochelle, 38, went to the newly opened Jones Beach COVID-19 drive-through testing site.

As he suspected, Scott tested positive, although his wife’s results came back inconclusive. The couple's three daughters have not shown symptoms or been tested yet.

“At this point if you’re not taking it seriously you really should be ashamed,” Taub said. “I was always skeptical until it got to me.”

A Nassau County map shows that the Five Towns, which has among the area’s largest and most close-knit ultra-Orthodox Jewish populations, also has the county’s largest cluster of COVID-19 cases.

Even bigger clusters have developed in the ultra-Orthodox communities of Borough Park and Williamsburg, Brooklyn.

“People are thinking they are not going to get it,” said Taub, a member of the Orthodox community. “And it’s really hurting the image of the community. It’s a bad situation.”

Taub, who has started to feel better in recent days, said he wants his friends and neighbors to take the virus seriously — if not for themselves, then for the senior citizens, and those with compromised immune systems, with whom they may come into contact.

“People should not be scared of it,” Taub said. “We have to practice social distancing and not be taking any chances, because even if it’s not you or your friends, the next person could be someone more vulnerable. … It’s real and not a joke.”

Noah Dooley was among those first tested for the coronavirus at Jones Beach after state officials opened drive-thru testing.

A resident of Dix Hills, Dooley, 21, had returned home from Marist College in Poughkeepsie last week. He gathered with friends and went to the gym before coming down with a 100.5 fever.

Dooley said he felt run down, exhausted with muscle aches, chills and a fever for two days, before his mother, Asia Lee, drove him to get tested at Jones Beach.

Lee took a COVID-19 test last week because she had a sore throat after traveling to San Diego for a conference. She received a text message the next day that her results were negative, Lee said.

“I don’t know if I was fighting something after the trip or if it was just a regular virus you get,” she said. “I didn’t want to put everyone at risk.”

Neither Dooley nor his mother had an appointment when they were tested at Jones Beach. They were told to keep their windows up when exchanging information and only roll down their windows at the end of the four-lane testing site.

Dooley said he was told to blow his nose before testers pushed a long cotton swab to the back of it.

“It felt like I got pool water in my nose and couldn’t blow it out,” he said.

Six days later, Dooley said, he was surprised to learn he had tested positive after almost all his symptoms had disappeared.

“I feel perfectly fine. The last few days I’ve been getting better and better,” Dooley said. “I was shocked and I thought it would be a lot worse.”

Dooley has a twin brother and neither his brother nor friends he saw upon returning home from college have been feeling sick. He is friends with Natalie Villa, who tested positive, but he said he had not seen her since coming home from school.

“Everyone said it was highly contagious and I figured eventually I’d have it, but not this soon,” Dooley said. “I think people underestimate how easy it is to catch the virus.”