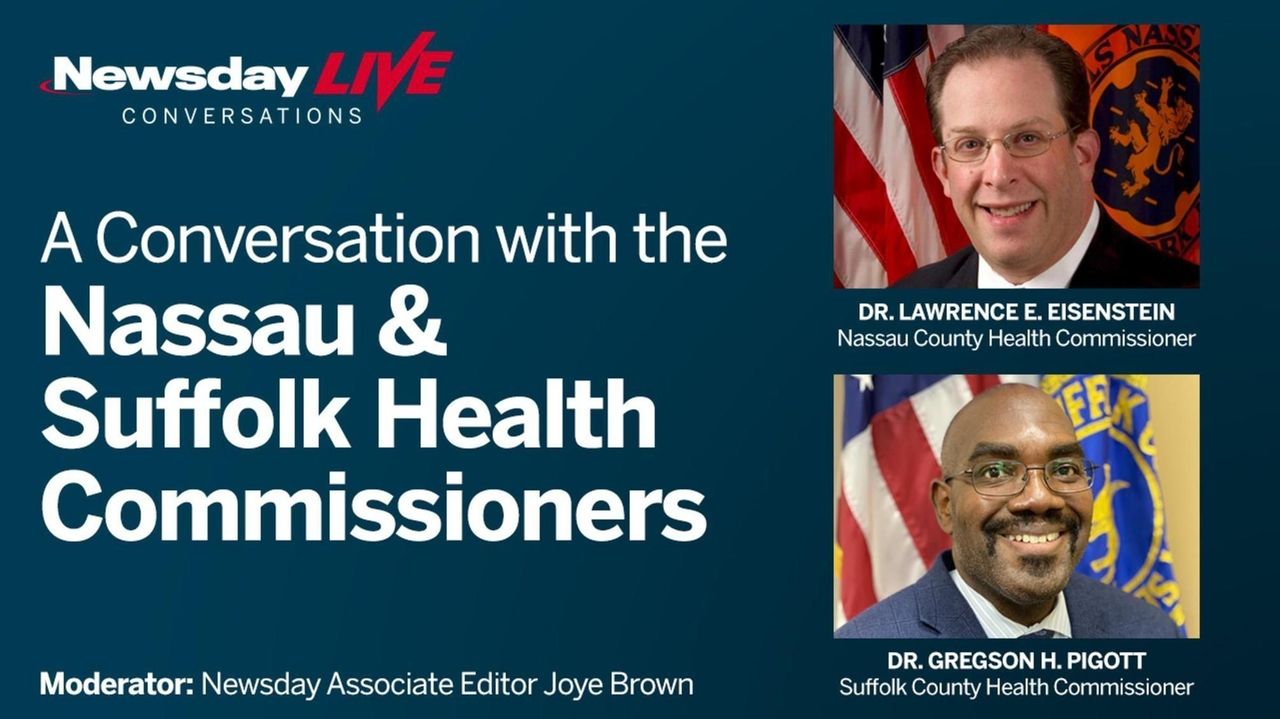 County health commissioners of Nassau and Suffolk discuss how the coronavirus is being treated now, and what still needs to be done to combat it.

Despite anecdotal claims of illnesses, even deaths, being caused by vaccinations, both commissioners said the only for-certain proof at present was that no matter which of the three U.S.-available vaccines you get, there's a near-100% chance the benefit would be minimized symptoms even if you did get COVID-19.

"When we look at efficacy," Eisenstein said, "the most important thing is people aren't dying [once they've been vaccinated]."

As Pigott said: "We're not saying with the vaccine you'll never get COVID again. You can still get exposed to COVID, test positive for COVID … But, you're not going to get sick and wind up in the hospital."

The two commissioners agreed there is still much misinformation circulating about the vaccines — the two-dose vaccines from Pfizer and Moderna; the single-dose vaccine from Johnson & Johnson — and said it remained unclear how long protection from those vaccinations last, or whether those vaccinated would ultimately need booster shots. And, if so, when. Efficiency in protection against any of the known variants also remains unclear, Pigott and Eisenstein said.

What is clear, Eisenstein said, is allergic reactions to the vaccines appear few and far between, with "very few" reported or known cases of anaphylactic shock.

"Any time you're sticking a needle in anyone's arm there's always a chance of reactions," Eisenstein said. But, he said, all three vaccines so far seem to be "very well tolerated," adding that reports of redness, soreness and swelling near or around the injection site, as well as reports of temperatures or mild fevers in some recipients, are often just signs of the body "making an immune response."

Pigott, who took office Feb. 28, 2020, one week before the first reported COVID-19 case in Suffolk, said the pandemic hadn't been trial by fire but more like "being thrown into the deep end of the pool right after you've finished swimming lessons." But, he said: "I'm excited to be on this side of it in 2021, when we're actually giving shots," and said he believed that as the single-dose Johnson & Johnson vaccine became more readily available in coming weeks, more homebound and homeless recipients would receive shots — all of which would go to increasing herd immunity.

"This has been a mega lesson in supply and demand," Eisenstein said of the learning curve for both he and Pigott, as well as health care professionals in both counties, adding: "So many people are desperate for so few vaccines."

As he said: "I look forward to the day where people have a choice [on what vaccine to receive]. For now, take what you can get … All three are proven to be almost perfect in preventing death or hospitalization — and that's what you want."

What's the biggest step toward getting our lives back to pre-pandemic normal?

"The biggest step," Pigott said, "is get your vaccine."

A third Pfizer shot? It's 'likely,' says CEO
34:06
COVID-19 continues to spread as people socialize more
1:35
For LI's vulnerable homeless population, a place to get vaccinated
Polls: Staffing, COVID precautions are hurdles to firms' growth
Should kids get a shot? Long Island parents differ on COVID-19 vaccine
1:55
This recession — aka 'she-cession' —  is hitting women especially hard
Didn’t find what you were looking for?