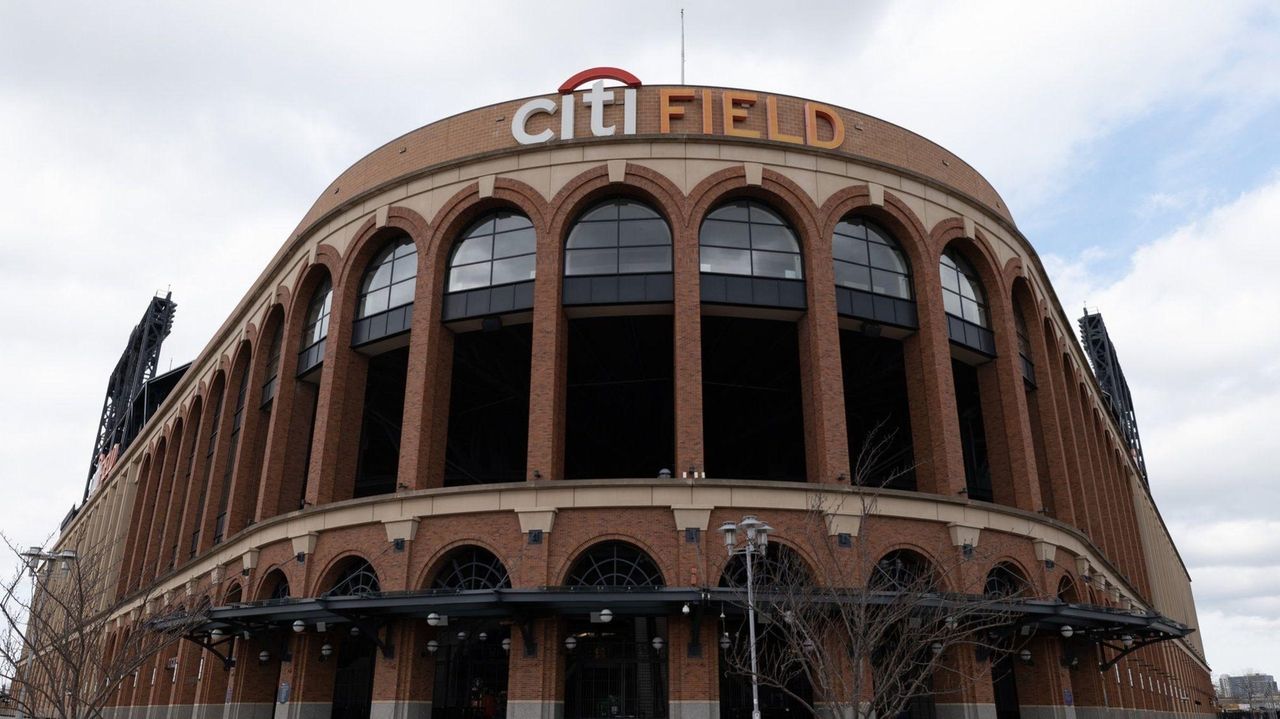 New York City is postponing the opening of COVID-19 mass vaccination sites at Yankee Stadium, Citi Field and Empire Outlets in Staten Island due to a lack of supply, Mayor Bill de Blasio said Monday, while Long Island continued to register the highest positivity level for the virus in weekly averages for the state.

The delay in New York City underscored the struggles in securing enough shots to run the vaccination campaign, with Gov. Andrew M. Cuomo saying Monday that the state has administered 91% of the doses it has received in the first six weeks of the effort.

"We don’t run out of vaccines. We get a weekly allocation from the federal government and it goes week to week," Cuomo said. "The issue with the vaccination plan is the supply."

The state receives about 250,000 vaccines a week, he said, and could administer many more through its network of 3,000 distribution sites.

"We urgently need more supply," he said, adding that the city has the capacity to vaccinate 500,000 individuals a week. To date, the city has vaccinated 628,831 people.

The city currently has 19,032 first doses remaining. To open the mass vaccination sites, it needs about 200,000 doses.

Still, de Blasio said help is on the way, with the single-dose Johnson & Johnson expected to receive approval soon. Doses of that third COVID-19 vaccine could be in the arms of New Yorkers by late February or early March, he said.

"The Johnson & Johnson vaccine potentially being just weeks away I think is a real game changer," de Blasio said. "We have the tools coming to turn the tide."

Asked at Monday’s White House daily press briefing whether the Biden administration would prioritize the distribution of vaccine doses to cities and states like New York, which have the capacity to immediately ramp up vaccinations, White House Press Secretary Jen Psaki said "infrastructure is pivotal," but the incoming administration is still "working through" its distribution plan.

"It's not just about having supply, which is pivotal of course, it's also about having more people who can physically put the shots into the arms of Americans, and it's about ensuring we have places that that can be done," Psaki said. "That's something of course that our team is working through, and we want to ensure that we are working closely with governors across the country to effectively do that."

Demand for vaccines has continued to outnumber supplies in the state, with more than 7 million residents qualifying for the first phases of the vaccination effort. The state has been running short and uncertain of the amount of its supply for the following week. State vaccination sites, as well as pop-up clinics and those in the state's network of private providers, continued to book appointments as vaccines were received.

On Long Island, Northwell Health said it will vaccinate a total of 500 people at pop-up sites in Roosevelt and Huntington Station on Tuesday.

Northwell said it continues to have a limited supply of vaccines, and those doses are earmarked only for people who need a second dose. The health system said it also had a small supply of vaccine to give the shots to employees. As of Friday, Northwell had vaccinated about 43,000 of its 75,000 employees.

One church in Roosevelt is hosting a pop-up vaccination site. "We believe that since the community we serve is disproportionately impacted by the pandemic, we should have access to this wonderful opportunity to receive the vaccine," said the Rev. Scott Williams, senior pastor of Memorial Presbyterian Church.

Williams said he found no hesitation among his congregation and other community members about getting the vaccine. He said the church has been inundated with calls from people looking for appointments.

She said the county isn’t making more appointments until it gets more vaccine supply because she doesn’t want to have to cancel appointments. She called for more volunteers to distribute the vaccine when supply arrives.

"If you are medical professional, consider helping us out and helping out your fellow neighbors," Curran said.

She said due to vaccine shortages, appointments at the county sites are reserved for essential workers, as directed by the governor.

More than 70,000 vaccines have been administered in Nassau, but hundreds of thousands more residents are eligible.

Cuomo said he is concerned about Long Island, which had the highest positivity rate for the week among state regions, according to data released Monday.

Long Island's level was 6.79% in test results from Sunday. The level in Nassau and Suffolk counties combined has continued to decline since the holiday spike, dropping below 7% in test results Saturday for the first time in weeks.

The seven-day average positivity level for Long Island was 6.92% on Sunday, the highest of all regions, compared to a statewide average of 5.85%, state figures show.

The state reported 167 deaths from the virus on Sunday, with hospitalizations growing by 117 for a total of 8,730 coronavirus patients.

"We had over 400 during the first wave, so this is a good sign," said Dr. Aaron Glatt, chairman of the department of medicine and chief of infectious diseases at the hospital. "But we'd rather be where we were in the summer, when we had one or two COVID patients."

Glatt said that — like at most facilities — Mount Sinai South Nassau is waiting for more vaccine shipments.

"We have no control over this," he said. "We've given out 100% of what we've received. Not a single dose has been wasted."

CVS Health said on Monday it had administered almost 2 million vaccinations to people in 8,000 skilled nursing facilities across the United States. The company said New York allowed them to start giving out vaccinations in assisted living and other facilities on Jan. 11.

CVS has administered the first of two doses at 252 skilled nursing facilities in the state and finished about 69% of the second dose — close to 70,000 vaccines, according to company spokeswoman Tara Burke.

New York is one of three states where CVS is currently offering the vaccine to certain age groups at select pharmacy locations: in Center Moriches and Buffalo.

Cuomo, speaking in Buffalo on Monday, said he expects to announce new moves on loosening state restrictions as the positivity levels from COVID-19 testing generally decline.

"We believe that we are at the end of the holiday-spike period," he said.

The state is lifting a ban on elective surgery in Erie County, he said, and more announcements will be made Wednesday, likely regarding "microclusters" or "hot zones" for virus spread.

Nassau calling on all diners

In a bid to help restaurants struggling to survive through pandemic restrictions, Curran asked residents to help out by going out.

"Even with the heaters and the igloos, our restaurants are struggling," Curran said.

She encouraged people from across the region to dine indoors on Long Island. "From Greenwich, Connecticut to Greenwich Village — I want to remind everyone you can still dine inside on Long Island," Curran said.

Curran said since the beginning of the pandemic, one in three restaurant owners have said they are unsure of whether their business will survive.

"They need your support now. You have to eat and they need your help. Let’s bring it together and make it work for all of us," Curran said.

She announced county grants for about 300 restaurants and the relaunch of a social media campaign to promote those businesses.

Cuomo: COVID-19 cases drop, LI's 7-day rate highestNassau and Suffolk's seven-day average was 6.99% on Saturday, the highest region in the state, just above 6.85% in mid-Hudson and 6.74% in the capital region — but New York's overall rate of new coronavirus cases continues a downward trend. Cuomo urges Black New Yorkers to get COVID-19 vaccineThe governor and two Black members of Congress traveled to a public-housing residence in Brooklyn to urge Black New Yorkers to get vaccinated, amid polls showing Black Americans are among the most reluctant to obtain a vaccine.