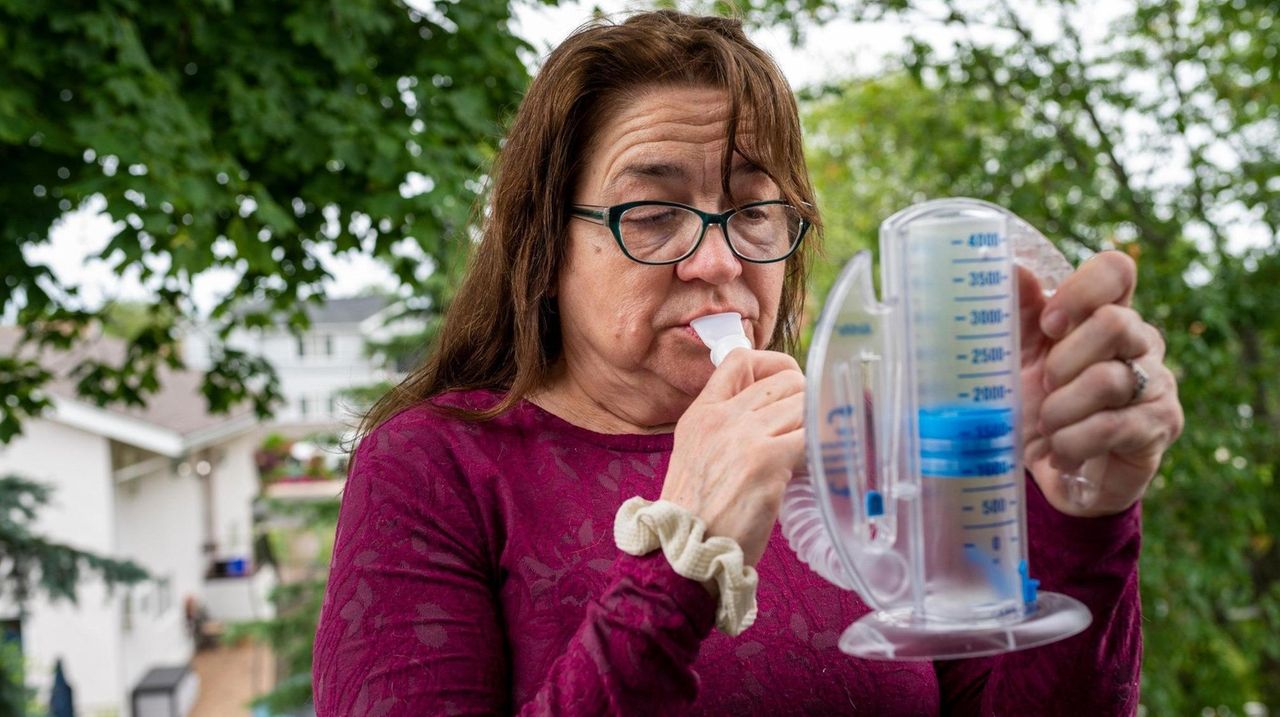 Debbie Rifenbury survived a harrowing bout with COVID-19 in April that included 17 days in the hospital and six days on a ventilator.

But the Oceanside woman has yet to completely beat the disease, which left her with a series of health problems, including persistent cough and fatigue, as well as an unstable heart rate and blood pressure.

“I used to be a powerhouse,” Rifenbury, 61, said. “Now I’m weak as a kitten. They said it’s going to take time … I pray to God it comes sooner than later. It’s rough.”

Medical experts are still trying to understand the long-term impact of COVID-19 on patients who have recovered from the disease caused by the novel coronavirus. The spectrum of illness among patients is broad and complex. Some were able to stay home and battle the virus. Others needed hospital care. Many seem to have fully recovered, but doctors are seeing patients released from the hospital continue to grapple with breathing issues, crippling exhaustion and worse.

Doctors continue to gather information on the virus as they treat new patients and plan for a possible second wave of the pandemic.

“During the height of the crisis, I had a whole research team collecting data samples,” said Dr. Thomas McGinn, deputy physician-in-chief at Northwell Health and director at The Feinstein Institutes for Medical Research in Manhasset.

“It was kind of like cooking in your kitchen while it was on fire,” he said. “But we did it. I’m very proud of my team."

McGinn said every case is unique, but about 80% of people with COVID-19 never went to the hospital and about half of that number had mild forms of the disease and are fine.

Even some people who were not admitted to the hospital had a “pretty significant battle” with the virus.

“A lot of those people end up having issues around lingering fatigue and weakness because they were home in bed for a long time,” McGinn said. “We are doing a lot of rehab with those people and getting them physically fit again.”

That’s how Jackie Sanchez, a model and makeup artist from Roosevelt, said she felt — even after testing negative for the virus weeks after she first felt ill. She said her doctor believes she had it in March.

“It took me a solid two months to break out of the tiredness,” Sanchez, 54, said. “I was in a deep exhaustion.”

Eve Dorfman, vice president of Home Healthcare at NYU Winthrop Hospital, said many of their patients are feeling “completely wiped out” and receiving physical therapy at home.

“It’s taking longer than it would take for a regular medical patient to get their strength back,” she said. “They are walking 10 feet six weeks later and they are still short of breath.”

Karla Duarte, a 16-year-old who beat COVID-19 in April, said she was thrilled to be able to ride her bike the other day. Despite a difficult hospital stay, she finished her work to complete 11th grade.

“I’m feeling much better … like I am coming back now 100%,” she said from her Queens Village home. “I’m at physical therapy two times a week. I’m able to walk a little faster.”

One of the biggest complications doctors are seeing is the prevalence of vascular issues associated with COVID-19, said Dr. Anthony P. Ardito, vice president of the primary care service line at Catholic Health Services of Long Island. Those issues include blood clots in the lungs and kidney problems.

“A small number of patients are coming back after being discharged with strokes, pulmonary embolism, blood clots in their legs, persistent renal complications,” he said. “COVID clearly causes an inflammatory response in the body, which is what eventually causes most of the lung damage and kidney issues.”

Ardito said that is why many patients were placed on blood thinners for several weeks after they were discharged from the hospital.

“The vascular complications are much higher in those patients who were in the intensive care unit for a prolonged period of time,” Ardito said. “But the risk is pretty much for anyone who has had COVID.”

Isolation during the pandemic has been especially difficult for some COVID-19 patients, experts said. Coupling that with the stress and anxiety of being sick has left many patients depressed.

“I think the world is feeling pretty strange right now with the isolation and lack of human contact,” Dorfman said. “We do our best to make them feel like they are not alone.”

Rifenbury said she has started speaking with a counselor and encouraged other recovering patients to seek help.

That fact that the number of COVID-19 cases in New York has declined in recent weeks should not give people a false sense of security, she said.

“It’s great that everything is opening again, but don’t think everything is hunky-dory, because it’s not,” she said. "Thank God I am here today."