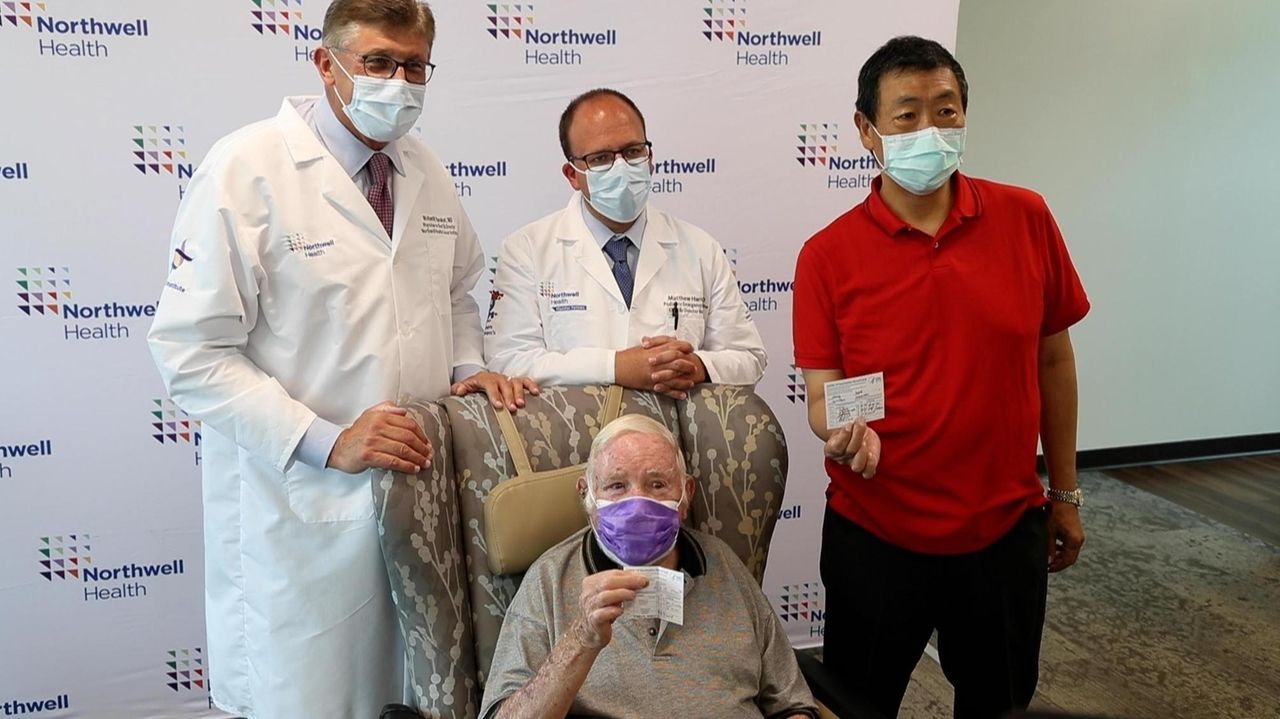 COVID-19 booster shots, which are expected to be recommended for all Americans, could help in dual ways, Long Island doctors said Tuesday.

A booster shot could help people who are immune-comprised and never mounted an adequate response to the original vaccine, and provide an added level of protection to vaccinated people whose immunity may be starting to wane, doctors said.

"There is evidence that for some people, the immunity may not be as strong as it was originally," said Dr. Aaron Glatt, chairman of medicine and chief of infectious diseases at Mount Sinai South Nassau Hospital. "Take into account the delta strain and that adds another level of complexity. So I think it’s a reasonable approach to consider a booster."

The Associated Press reported Tuesday that U.S. officials were expected to recommend the boosters, regardless of age, eight months after they received their second dose of the shot, to ensure lasting protection against the coronavirus as the delta variant spreads across the country.

Glatt said he preferred the idea of providing a booster shot eight months after the original dose as opposed to targeting individuals based on their age or profession, which is how the vaccine was rolled out last winter.

"Logistics have to play a role in how you roll something like this out," he said. "This would give it a little more order and make it easier to track."

Dr. Sharon Nachman, chief of the division of pediatric infectious diseases at Stony Brook Children’s Hospital, said the eight-month time period should not be considered a hard-and-fast deadline, particularly as some individuals who got their shots last winter may already be due for a booster.

"It’s not black and white. It’s a lot more gray," Nachman said. "The people who got their vaccines early on in January still have circulating antibodies. The question is can we give them a boost of another vaccine, and thus more antibodies and prevent them from getting the delta strain?"

The booster, Nachman said, will be one shot only and likely will be widely available at doctors’ offices and pharmacies. She recommends the elderly and those working in high-risk environments, including hospitals and nursing homes, take advantage of the booster once it’s available.

And with the country having an excess supply of the vaccine, in part because of vaccination hesitancy and resistance from some Americans, the booster rollout is likely to be much smoother, doctors said.

"It will be much, much easier to get a vaccine for the booster dose," Nachman said, "because we have so much vaccine in all of our communities."

As for whether eight months will be a reoccurring booster date, Glatt said it’s way too soon to tell.

"I’ll answer that seven months from now," he said.

"The vaccine is really our best tool to actually deal with this pandemic," said Dr. David Chiang, of Lake Success, who has had lung cancer for the past five years and received his third shot of the Moderna vaccine on Tuesday at the cancer center.

Northwell said the third shot is available for patients who have undergone solid organ transplantation or a bone marrow transplant; those receiving cancer treatment; those with immune deficiency diseases; those with HIV; those who take medications that weaken the immune system, such as corticosteroids, and those who take prescriptions to treat inflammatory bowel disease and rheumatoid arthritis, among other conditions.

"I’ve had the two shots and am willing to get the booster shot," said Arthur Magee, 80, a tax preparer from Brooklyn who got his third dose of the Moderna vaccine as he battles squamous cell cancer. "I think it’s important to protect myself, my wife and daughter."

Also Tuesday, Mayor Bill de Blasio said the city government had been discussing this week the logistics of how to distribute booster shots.

Speaking at his daily news conference, de Blasio said: "There will be more and more opportunities for folks to get boosters, and we're not only going to encourage it, we're going to make it easy and free as always." Discussions have centered, he added, on "how we use the apparatus that's been built now, which is absolutely extraordinary. All the health care sites that have been providing vaccination, our mobile efforts, even our efforts to go straight to people's homes. We have now such a head of steam in terms of being able to vaccinate. We can use the same exact approach for boosters as each type of New Yorker qualifies for boosters."

Tuesday began a mandate in New York City that requires proof of vaccination in order to be inside certain venues. There are 600 canvassers out providing information about the new rules.

"Everyone, again, heavy emphasis on outreach, education for the next three, four weeks then after that, enforcement," he said. He added: "If you want to experience all the greatness in New York City, you can. All you have to do is be vaccinated. Even, again, just that first dose gets you in the game. Indoor dining, indoor fitness, indoor entertainment. This is a way we all keep moving forward together. This is the way we stay healthy. This is the way we bring back our city fully."

What to know about coronavirus booster shotsThe Biden administration is reportedly going to recommend that all people get a booster shot against the virus eight months after their second dose. Boosters could be offered as soon as the middle of September. Cuomo: All NY health care workers must be vaccinated against COVID-19The mandate requiring vaccination by Sept. 27 covers all health care workers in the state, including those employed at hospitals, nursing homes and other long-term care facilities. The incoming Hochul administration was briefed on the requirement, Cuomo's office said.