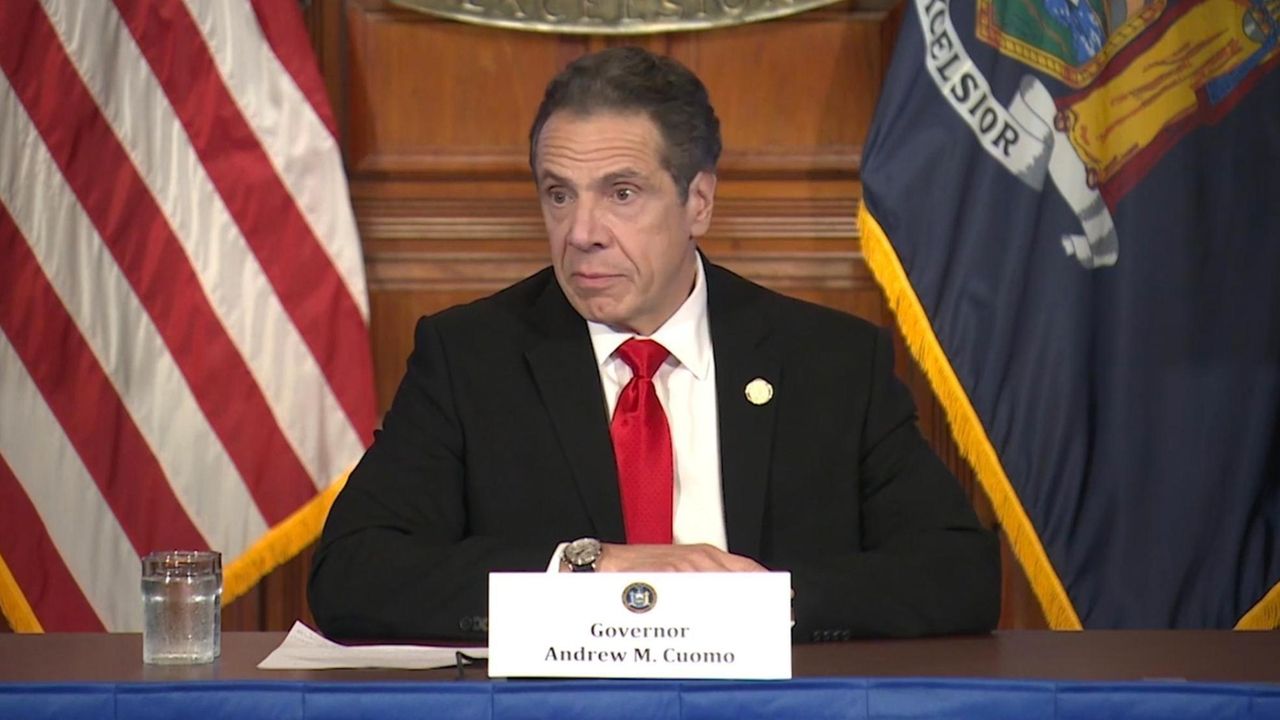 Gov. Andrew M. Cuomo, along with governors from New Jersey, Connecticut, Pennsylvania, Delaware and Rhode Island, announced Monday they will coordinate in the reopening of each state, from a health and economic standpoint. Credit: NY Governor's Office

ALBANY — The governors of seven East Coast states, including New York, announced they had formed a regional coalition Monday to coordinate when to ease work restriction to reopen the economy — clearly pushing back against President Donald Trump’s assertion the decision was his to make.

Along with New York, New Jersey, Connecticut, Rhode Island, Pennsylvania and Delaware said they are forming the work group, which will consist of health and economic advisers from each state. Later in the day, Massachusetts said it was joining.

In a conference call, the governors didn’t call out Trump by name. But they urged a cautious approach and they said the decision was theirs.

Later, the rhetoric escalated when Trump claimed his authority was total.  “When somebody is the president of the United States, the authority is total,” he said at a briefing.

Gov. Andrew M. Cuomo, asked on CNN about the remark, shot back: "You don't become king because of a national emergency."

Staking a claim of authority is a slap at Trump, one political analyst said, made more important because it happened in different regions.

“I think it’s really significant,” Doug Muzzio, a political scientist at Baruch College, said. “The governors are saying to (Trump): ‘Read the Constitution. The states have certain reserved rights and this is one of them.’ To me, it’s throwing down the gauntlet. It’s really interesting from a constitutional point of view and a power point of view.”

Earlier Monday, Trump took to Twitter to write about the authority to lift stay-at-home orders and “open up the states” is the “decision of the President and for many good reasons.”

Trump added: “With that being said, the administration and I are working closely with the governors, and this will continue. A decision by me, in conjunction with the governors and input from others, will be made shortly.”

He said he’d appoint a panel, which would begin meeting this week, to plan the reopening of the economy.

But the governors said they’d be guided foremost by health experts.

“You only get an economic recovery if it comes on the back of a health care recovery,” New Jersey Gov. Phil Murphy said. “The house is still on fire, we still have to put the fire out.”

“You want to make sure you don’t pull the trigger too early — that would be so demoralizing for our economies,” Connecticut Gov. Ned Lamont said.

Cuomo earlier said that although the states might not end up with the same plan, they will collaborate to not work at cross purposes and undermine one another.

“Yes, we've never been here before, but that doesn't mean you can't ensure public confidence that you're doing everything you can to do it in a smart way, an informed way, guided by experts and data and science,” Cuomo said. “Not in a political way. I think working together we can do that.”