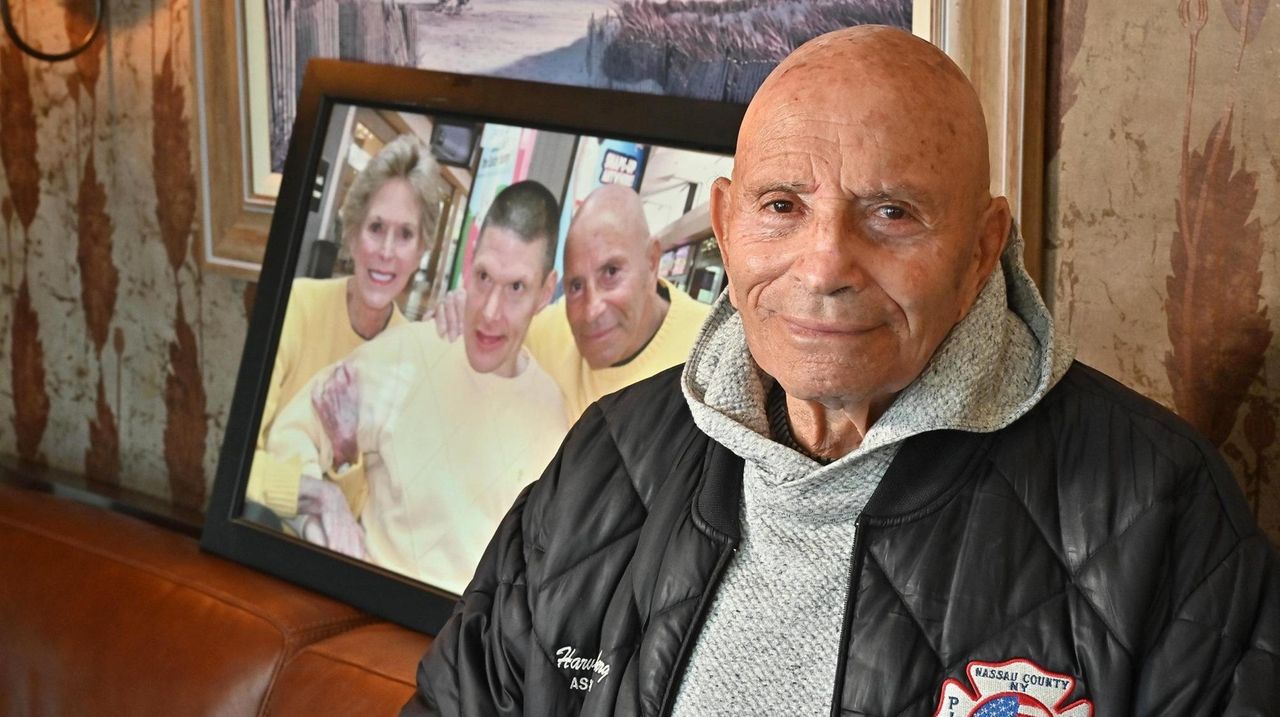 Advocates like Harvey Weisenberg, from Long Beach, say many New York caregivers who work with developmentally disabled youth and adults are leaving their jobs because of low wages. Credit: Newsday / J. Conrad Williams

ALBANY — Advocates and parents of developmentally disabled youths and adults fear care is being threatened because the caregivers who feed, wash and nurture these vulnerable New Yorkers are increasingly leaving their jobs in an exodus worsened by the COVID-19 pandemic.

They want the state to provide for a higher, living wage to retain trained, experienced workers. A proposal to do that is part of the $193 billion state budget being negotiated this week in Albany by Gov. Andrew M. Cuomo and legislative leaders.

Tom McAlvanah, president of New York Disability Advocates, said a national survey in the industry found that in 2019, before the pandemic hit, turnover in the jobs was 36.2% per year. He said some areas of the state have seen 40% to 50% turnover during the pandemic and senior staff had to work caregiver shifts.

McAlvanah said nonprofit organizations that run group homes need state funding to provide a living wage above the minimum wage, which is up to $15 an hour in the state, to retain and attract qualified workers. He said that when the state minimum wage was $8, the caregivers were paid $2 to $3 more, "so we’re losing ground."

"It’s not a living wage for the workers and the expectations that we have on our direct support professionals who are caring for people with complex needs," he said.

Hanging in the balance are residents of the group homes such as Ricky Weisenberg. The 62-year-old is blind and unable to speak. The staff feeds and washes patients and helps in organized socialization and in conversation. Most days caregivers are the only respite from hours spent in his room and home during the pandemic because of banned visitation from relatives for months and restrictions on day trips during the pandemic.

Ricky recently lost a caregiver who took a better paying job after spending night shifts with him for eight years, said his father, former Assemb. Harvey Weisenberg of Long Beach. adding that the former caregiver still calls to ask about Ricky.

"The diversity of age is vast from very young children to people who have outlived their families," Weisenberg said. "Some can’t speak or cry, some are blind, others have different disabilities."

Even before the pandemic hit a year ago, group homes were losing caregivers who took higher-paying jobs when fast-food restaurants and other employers started paying the higher minimum wage of $15 an hour, according to advocates and parents.

But they said the virus that spread through the homes as in other congregate settings created another reason to leave the jobs: The danger of bringing the virus back to their own households after close contact with residents. The advocates and parents said some homes suffered losses of more than 20% of caregivers since the pandemic hit a year ago.

The state Office of People with Developmental Disabilities said it doesn’t have data on staff losses during the pandemic.

"Each person’s level of supervision is planned using a person-centered approach and staffing needs change as the needs of each person change," said Jennifer O’Sullivan, communications director for the state agency. OPWDD regulations require that every agency meet the minimum level of staffing necessary to support individuals and OPWDD routinely surveys to assure compliance with this requirement."

O’Sullivan said minimum standards for staffing are based on the specific needs of the residents, from one-to-one care to "line-of-sight" observation.

Weisenberg said some of the caregivers live on the financial edge and are just one family emergency away from having to take any job with higher wages.

Typical wages to care for the 36,000 people with disabilities in group homes statewide vary, but usually are around the minimum wage of up to $15 an hour, advocates said. That population includes about 4,900 residents in 830 group homes on Long Island.

Gov. Andrew M. Cuomo’s budget proposal to the Legislature includes a 1% cut in Medicaid funding, which helps pays for services at group homes, including salaries, and also defers a 1% cost of living adjustment for workers' salaries. The COLA would cost $26.9 million in the $193 billion state budget proposal.

Cuomo argues the state is still facing a $2.5 billion shortfall from lost revenue and other costs because of the pandemic’s economic shutdown despite receiving $12.5 billion in aid from Washington that helped the state avoid 20% cuts to all agencies.

"This administration recognizes that our direct care workforce is the backbone of a strong service delivery system, which is why New York State has made substantial and ongoing investments in wage increases for our direct care workforce over the past several years," Klopett said. "Specific funding restorations made possible by federal aid and tax revenue coming in higher than expectations will be done in consultation with the Legislature over the course of budget negotiations."

The Senate and Assembly’s counter-budget proposals would restore the cost-of-living adjustment, which would go directly to increase wages. Legislators also would restore Cuomo's cut in Medicaid funding, which is used in part to pay the nonprofit operators of group homes.

The minimum wage rose to $15 in New York City in 2019 and this year on Long Island and in Westchester; but it is $12.50 upstate. Beginning July 1, all fast-food workers statewide must be paid at least $15 an hour. State studies show raises in the minimum wage also prompt increases in wages for other jobs that were close to the previous minimum and which could lure caregivers.

"There are many dedicated people who do this, but the economic realities often require they get a different job to support their families," said Assemb. Thomas Abinanti (D-Greenburgh), chairman of the Committee on People with Disabilities. "I know several who are so dedicated they take several jobs in the field."

Advocates like Weisenberg say this budget fight is another uphill battle for staff they say are often overlooked and voiceless.

"They are not acknowledged," said Weisenberg. "You never saw people cheering them or thanking them."

NY now one of 18 states with half of adults fully vaccinated against COVID-19
1:25
Doctors disagree on whether Cuomo's decision to lift restrictions is wise
COVID grants for restaurants nearly gone: SBA
ID theft in New York surged 85% in 2020, DiNapoli says
26:03
LI health commissioners tout COVID-19 vaccine safety
COVID-19 vaccinations for kids ages 12 to 15 begin on LI
Didn’t find what you were looking for?