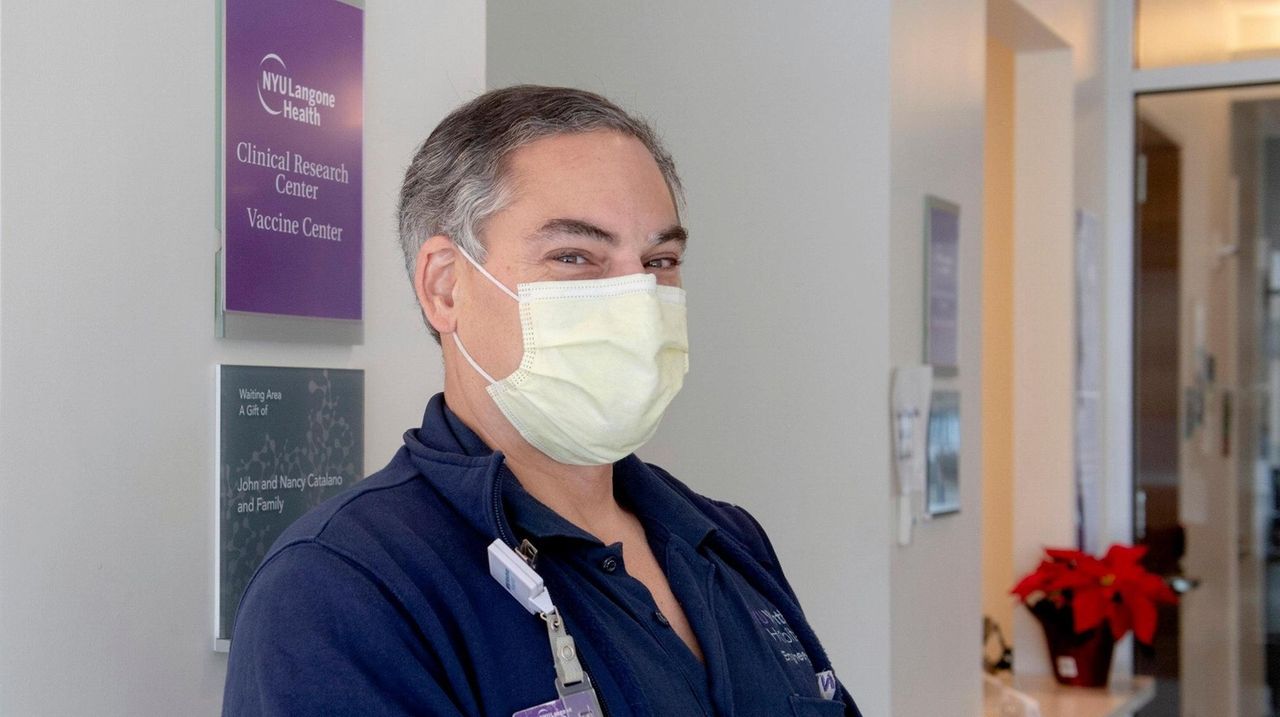 After David Evans read that Black and Latino people are underrepresented in research on drug safety and effectiveness, he volunteered to be part of a clinical trial for a COVID-19 vaccine.

Participants in U.S. clinical trials for the two COVID-19 vaccines now under review by the U.S. Food and Drug Administration are more racially and ethnically diverse than for most trials, said Namandjé Bumpus, director of the pharmacology and molecular sciences department at Johns Hopkins University in Baltimore. But Blacks are underrepresented in both, compared to their share of the U.S. population, and Latinos and Asians are underrepresented in one, according to data from the companies developing the vaccines.

Evans, who is Black, said he gladly volunteered because he wanted to help.

"The more people that get involved and volunteer and show that the vaccine is hopefully safe rather than not safe, then the more people will go ahead and get the vaccine to get the economy going and open things up," said Evans, 73, of Baldwin, who is in a trial at NYU Langone Hospital-Long Island in Mineola.

Diversity in clinical trials is critical, Bumpus said. Drugs can affect people differently, based upon their race or ethnicity, and those "genetic differences can mean a drug that works for you doesn’t work for me at the same dose," or can be more likely to be harmful, she said. "A lot of that is related to the way we process drugs and clear drugs. There is a lot of genetic variation."

In clinical trials for the Pfizer and BioNTech vaccine, 10% of U.S. participants were Black, even though 13% of the U.S. population is Black, and 13% of subjects were Hispanic, under the nearly 19% of the population that is Latino. Asian and American Indian participation was roughly in line with their share of the country’s population.

In the Moderna vaccine trials, 20% of participants were Latino, 10% were Black and 4% were Asian, under Asians' 6% share of the U.S. population. Data on American Indians was not provided.

Moderna officials did not respond to interview requests.

"We are not going to undo underrepresentation in a blink of an eye," Castillo said. "This is going to be a process. This has been a great first step."

Bumpus said Blacks and Latinos perhaps should be overrepresented in the vaccine trials because, according to the U.S. Centers for Disease Control and Prevention, they are about four times more likely to be hospitalized with COVID-19 and nearly three times more likely to die from it.

A key reason for that is that a higher proportion of Black and Latino people have jobs, such as in retail or manufacturing, for which they have close contact with others. Also, if they contract the virus, they are more likely to have serious cases of the disease, because of a higher rate of some chronic diseases and less access to the health care system, said Carla Williams, an associate professor of medicine and public health at Howard University in Washington, D.C.

A 2011 FDA report put Black representation in studies of drugs submitted for FDA approval at 5% and Latino participation at 1%. An FDA report covering 2015-19 put the numbers at 16% Black and 15% Latino.

But the FDA warned against making year-by-year comparisons, and a 2019 study of cancer-drug trials found much lower representation. "It's very difficult to get accurate data" because many trials do not report race and ethnicity, so statistics are incomplete, Bumpus said.

She said drug companies face distrust from many people of color.

A survey released in October by the Kaiser Family Foundation and The Undefeated found that Black people were much more likely than whites to distrust the health care system and say it's biased, and were less likely to say they’ll get a coronavirus vaccine.

But, Bumpus said, "There also are data out there to show that folks just aren’t being asked, that African Americans and Latinos aren’t given the same access to participate and enroll in clinical trials."

A federal government study of 600 Black men at the Tuskegee Institute in Alabama from 1932 to 1972 looms large in distrust of the system. The government aimed to learn about the progression of untreated syphilis, which is potentially deadly, and told the men they were getting treatments, even though they were not.

But it’s not just the past.

Multiple studies have shown Black patients are less likely to receive pain medication than whites, or they receive lower doses. A 2016 study found that half of medical students believed falsehoods about Black people’s biology and many minimized Black patients’ pain levels.

Jacqueline Winston, president of the Suffolk County Black Nurses Association, said she has noticed that some white doctors are less attentive and interactive with Black patients, which can lead to medical problems not being noticed and treatment delayed.

Evans said he was aware of the history of bias and abuse. But Evans said that didn't affect how he perceived the vaccine trial because his doctors "take very good care of me, so I don't have those kinds of fears."

Joe Lopez, 51, of Rockville Centre, who is of Puerto Rican and Italian background, said his ethnicity wasn’t a factor in participating in the same trial. "I wanted to help other people out," he said.

NYU Langone in Mineola targeted Black and Latino volunteers in part by distributing fliers in communities of color, placing ads in community newspapers and on social media and reaching out to community leaders, said Dr. Steven Carsons, director of the hospital’s vaccine center.

About a quarter of the roughly 60 current participants in the hospital’s vaccine trials are people of color, he said. Dozens more volunteers are being vetted every week for the trial.

The trial is for the vaccine from Oxford University and AstraZeneca, which in an email declined to release data on the racial and ethnic background of U.S. trial participants but said the company is targeting minority communities for recruitment.

NYU Langone Hospital-Long Island is still looking for vaccine trial volunteers. Racial and ethnic minorities, those with a higher risk of exposure to the coronavirus, such as front-line workers and older adults and people with chronic medical conditions, are among those targeted. For more information, go to nyulmc.org/covidvaccine, email nyuwinthropvaccine@nyulangone.org, or call 516-663-3890.

The coronavirus has had an especially devastating impact on communities of color.

Answers to your questions about getting the COVID-19 vaccineEven if you've had COVID, you should get vaccinated, medical experts say. Vaccine resisters could derail LI's COVID-19 recovery, experts sayAn effective vaccine is only part of the equation. Long Island's rebound from the pandemic also will hinge on popular acceptance, experts say. See what percentage of people around you are fully vaccinatedSee vaccination rates by ZIP code, and more COVID-19 data.