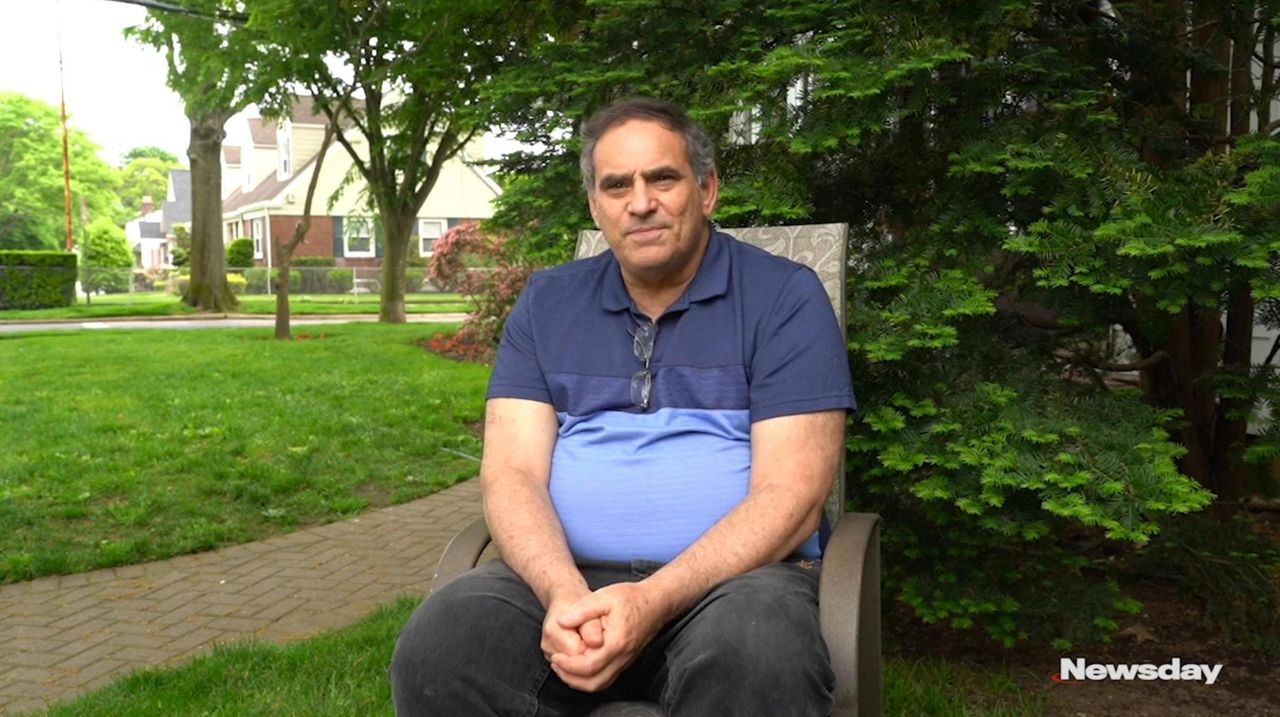 The minute Esther Reich learned she had breast cancer, she wanted that terrible thing out of her body.

Reich, 52, of Jericho, said she was diagnosed March 25 but she had to wait more than a month before undergoing surgery. Hospitals were so cramped with COVID-19 cases that Gov. Andrew M. Cuomo's administration ordered that they stop doing all "elective" surgeries, only emergency procedures.

So she stayed home for a month, a month of fear that her cancer would worsen and that her cancer-weakened immune system would make her more susceptible to the potentially deadly virus.

"It was very worrisome and psychologically devastating because it was such a long time," said Reich. "There was just too much time to think about things."

In recent weeks, the state has given Long Island hospitals the green light to start doing elective surgeries again, some of which have been deferred since mid-March.

While the term elective surgeries may seem to be luxury procedures such as face-lifts, it includes cancer surgeries, knee replacements and implanting pacemakers. Northwell Health said it was scrambling to reschedule more than 12,000 procedures. Some of these surgeries have escalated in urgency as people's pain worsened or their condition spiraled downward, doctors said.

Some Long Islanders, however, are hesitant to enter a medical setting that was teeming with infection. And hospital officials say they are doing all they can to convince patients that hospitals are safe and clean.

"We needed to start a campaign to prove we know what we're doing, that we deal with infection, and people who come here are not going to get COVID-19," said Dr. Gary Gecelter, chairman of surgical services for Catholic Health Services.

Some patients are eager to get on with their surgery; others not so much, Gecelter said.

"Most elderly patients don't want to do anything right now," he said. "They want to see the lay of the land."

Reich, for her part, said she was worried about lingering virus when she went in for her lumpectomy and lymph node biopsy on April 29 at St. Francis Ambulatory Center in East Hills.

But she was desperate to have the cancer removed, she said.

"I wanted it out, more than my concern," she said.

Here are some stories about Long Islanders who had to delay surgeries due to the coronavirus crisis.

Fein first learned he had a slight thickening in his heart walls about 15 years ago, when he volunteered to donate a kidney to someone in his neighborhood. The finding prevented the kidney surgery and doctors told him his condition didn't require further treatment.

That worked fine until last summer, when the man who regularly exercised found himself out of breath after climbing two flights of stairs. By February he was in the office of Dr. Marc Miller, a cardiac electrophysiologist for Mount Sinai Hospital. Miller recommended Fein receive a defibrillator/pacemaker. When his heartbeat became irregular, the device would shock his heart back into a regular rhythm.

The need wasn't urgent, he said he was told, so they scheduled the surgery for April.

In late March, however, Fein's wife, Tobi, noticed his voice sounded nasal and thought he had a cold. Soon, he found himself coughing and short of breath with a fever spiking to 102 degrees. Thinking he had coronavirus, he headed to an emergency room. But doctors there said an X-ray showed his lungs were clear.

Turns out, Fein said, he did have COVID-19. His heart condition had him showing symptoms before pneumonia had filled his lungs with fluid. Within days, he ended up in a room in Mount Sinai Hospital in Manhattan, where Miller practiced. There, laying in bed all day, Fein started writing a log.

"I wonder if my lungs will heal without needing to be intubated," he wrote on March 22. "I had to have the serious 'what-if' conversations with my older children."

He asked himself if laying in bed all day was annoying.

"Yes! But I'm awake and breathing with just some oxygen through my nose," he wrote. "God spared me the full wrath of this plague."

Fein was home in a week and after a period of recovery went in for surgery on Tuesday of this past week — a month after it was scheduled. His left shoulder, near where the device was implanted, feels "like a truck ran over it." But he's starting to work that out.

He has a follow-up appointment with Miller on June 22. If all goes well, he said he would donate some plasma.

Everything was going so well — at least for someone who's learned they have cancer.

Diagnosed with breast cancer in October, Farrell began five months of chemotherapy, with surgery scheduled for May. She got through it pretty well. She lost weight and all her hair right down to her eyelashes and nose hairs. She said she endured the first and toughest phase, where she received the drug they call the "red devil."

"That's the phase that really knocks you for a loop," she said. "That's when you feel the nausea, fatigue, no appetite."

Then, in mid-March, COVID-19 stepped in and started making its own rules and timetables. As the pandemic caused pandemonium in hospitals, her surgery was postponed until this past Tuesday.

Farrell went into a personal lockdown that, she said, felt like "I had entered the witness protection program."

She rarely left her home, she said.

"I had no immune system," she said, because of the cancer and chemo. "No shopping, nothing."

Her husband, Paul, worked out a system in which he visited the local food store once a week. He brought his own grocery bags and didn't bag the groceries on the conveyor belt, to cut down on the chance of picking up the virus. And when he came home, everything got wiped down, she said.

The chemo finished April 1, and Farrell remained in a kind of surgical limbo worrying that the cancer was getting worse.

As the surgery date drew closer, she worried about going into a medical setting.

"Has everything been wiped down? Who am I coming in contact with," she said. "You break down a little."

On Tuesday, she arrived at Syosset Hospital at 6 a.m. and was back home by 3:30. Syosset has been made into a completely non-COVID-19 hospital, which she said made her feel better. The surgeon did a double mastectomy and removed three lymph nodes.

Farrell has four drainage tubes in her now. Paul has been watching YouTube videos on how to maintain them and keep them clean.

"Everything went well," she said. "I'm waiting for my full pathology report, which will let me know whether any of the lymph nodes are cancerous, and whether I'll need radiation therapy."

Stern said he was just looking for some antibiotics for a staff infection when the doctor listened to his heart and said, "What the …"

The rhythm of his heartbeat was racing and all over the place, he said he was told. He could have a stroke.

Suddenly his priorities shifted, and some odd things made sense. He recalled that while going up the subway stairs he had to stop to catch his breath.

Stern said he was suffering from an abnormal heart rhythm, and he needed a radio-frequency ablation, a procedure in which a surgeon runs a thin wire to the heart and sends heat to fix problem areas that cause abnormal heart beats.

The surgery was scheduled for March 23, he said.

At that time, Cuomo had mandated that hospitals could only perform emergency surgeries. His surgery didn't fit the definition.

"The state called it elective but for me it was an emergency," Stern said. "I thought, 'I got to have it now.' "

On March 22, Stern said he was diagnosed with COVID-19. He didn't have to go to a hospital for it, but it was a rough case, he said. For a week and a half, he fought off the shortness of breath, hearing loss, balance problems and extreme fatigue. He was concerned the illness would further his risk for a stroke. The simple act of talking to someone had him gasping for breath.

"I was very nervous," he said. "I was concentrating on staying alive."

Stern's definition of COVID-19: "It finds whatever weakness you have, and it attacks it."

After two weeks of recovery, he underwent the heart surgery on April 13 at St. Francis Hospital, The Heart Center in Roslyn.

The prep for surgery moved so quickly, with so many medical staff working on different things, that, "I felt like a car in the Indy 500, getting my oil changed and having my tires removed."

In the recovery room, in and out of consciousness, Stern said he started to hear this "crazy dance music." He discovered that the staff blasts the music, and gathers together for a standing ovation, every time someone who had COVID-19 is discharged. It seemed like it was happening 20 times a day, he said.

"It went from an annoyance to something I was cheering about," Stern said. "The first time they told me, I cried, I thought it was so wonderful."

The next morning, he was set to go home. Turns out, as he was wheeled through the hallways, there was the staff at the main entrance, gathered together in a gauntlet of clapping and cheering. Even though Stern wasn't there for the coronavirus, he went with it, nodding thank yous and waving to them as he departed.

"Quite frankly, they saved my life," he said.