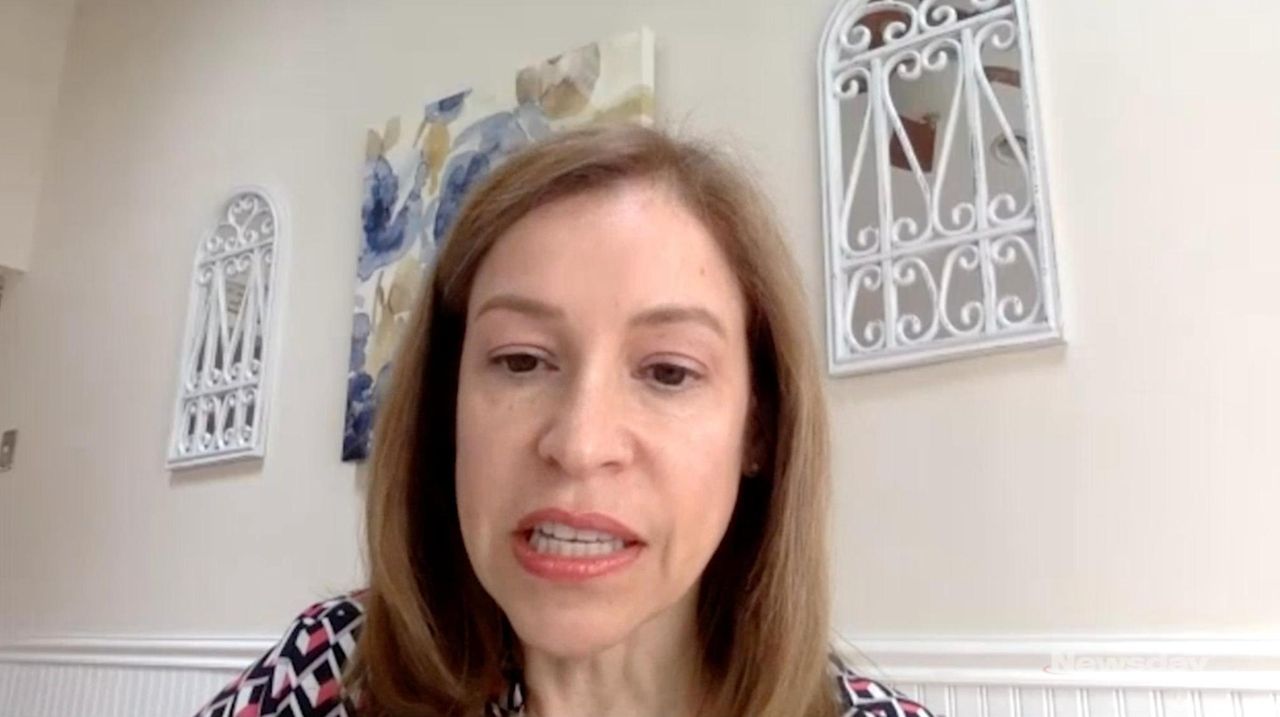 Dafny J. Irizarry, president of the Long Island Latino Teachers Association, said there is a technology divide for English Language Learners in schools that has been magnified by the COVID-19 situation. Credit: Newsday staff

Long Island educators are concerned that English Language Learners will fall further behind, especially now that schools are closed for the rest of the school term and some districts still lack the resources to provide remote instruction.

While many Island districts were able to issue Chromebooks to children after school closed in March, several in low-wealth communities, including Brentwood, could not. There have been issues with accessing Wi-Fi in some communities, and some parents are still working outside the home and unable to help guide online learning.

In a virtual forum held Tuesday night hosted by the Long Island Latino Teachers Association and assisted by Hofstra University, local educators discussed the challenges of educating English Language Learners, also known as ELLs, and the digital divide that has arisen.

"Even before COVID-19 and in the best of times, our Latino students, especially English Language Learners, are subject to educational disparities," said Dafny J. Irizarry, president of the Long Island Latino Teachers Association. "Now we have COVID-19, which has magnified the disparities and made it an urgent call to take action."

There are more than 40,000 English Language Learners enrolled in Island public schools, according to Eastern Suffolk BOCES.

Schools statewide closed March 16, forcing districts to launch remote learning. But the delivery has varied: Some schools sent home printed packets for students to work on that do not offer teacher feedback, others have utilized new technology, and some provide face-to-face teacher interaction.

Access to technology has been an issue for some families. Students were able to go to public libraries for Wi-Fi and help with homework — until libraries closed. Educators also have reported trouble reaching parents during the school day, as many have remained in the workforce.

"Many of our parents are still working on farms, and the children are at home being monitored by older siblings, and that is going to present a challenge getting them online," Riverhead Superintendent Aurelia Henriquez said.

Kenia Diaz of Brentwood said she used her savings to pay for a laptop for her son, Ken Polanco, 11, after watching him fall behind with classwork two weeks into the switch to remote learning. For internet, Diaz and her son use a friendly neighbor’s Wi-Fi hot spot.

“Thankfully, I had the means to be able to buy my son a laptop and I’m lucky to live next to someone who’s willing to share her internet with me,” Diaz said in Spanish, which was translated for this article.

Ken, who goes to middle school in the Brentwood Union Free School District, said he’s been able to do well with most of his assignments since getting his laptop, but it has been challenging to learn how to use the applications.

“It’s the first time I’ve ever had to use these apps for school,” said Ken, who’s in the English Language Learner program.

Efforts have been made to get technology into the hands of students. The nonprofit OLA of Eastern Long Island recently donated $500,000 in computer equipment to 11 districts on the East End. And Assemb. Phil Ramos (D-Brentwood) said in April that $250,000 in state money would be used to purchase laptops for Brentwood and Central Islip students. Both areas have high minority populations.

Wanda Ortiz, assistant superintendent for secondary education programs and policy for the Brentwood district, said at Tuesday's forum that there are about 6,300 English Language Learners enrolled in the district, and many do not have computers at home.

Brentwood, the largest district on Long Island with an enrollment of nearly 20,000 students, has not been able to supply technology to all students, but recently purchased more than 3,000 Chromebooks, education officials said.

The district had printed packets for students that parents picked up, Ortiz said. But it is difficult for teachers to work with students on English skills when face-to-face instruction is limited. Teachers have been communicating with students by telephone.

Irizarry called for an increase in state funds to address these needs, as well as public and private partnerships with businesses, or other wealthier school districts, to help bridge the digital divide.

"We must not ignore the impact of COVID-19 on our underrepresented communities who have … a long history of inequities," she said.

State figures show that English Language Learners lag behind their peers in English and math assessments, as well as in graduation rates, and have a higher dropout rate. The number of students in New York whose primary language is not English grew by 44% from 2011-12 to 2017-18 in areas outside New York City, with Long Island among the greatest increases at 52%, according to a report by the New York State School Boards Association.

"The equity gap between districts that have and districts that don't have is getting wider and wider," said Roger Tilles, Long Island's representative on the state Board of Regents. "And I don't see that gap closing until everyone is getting the kinds of services that everyone needs."

In Westbury, school officials said they have distributed 1,510 computer devices for students without access to technology at home and purchased an additional 399 laptops and 300 iPads for kindergarten students.