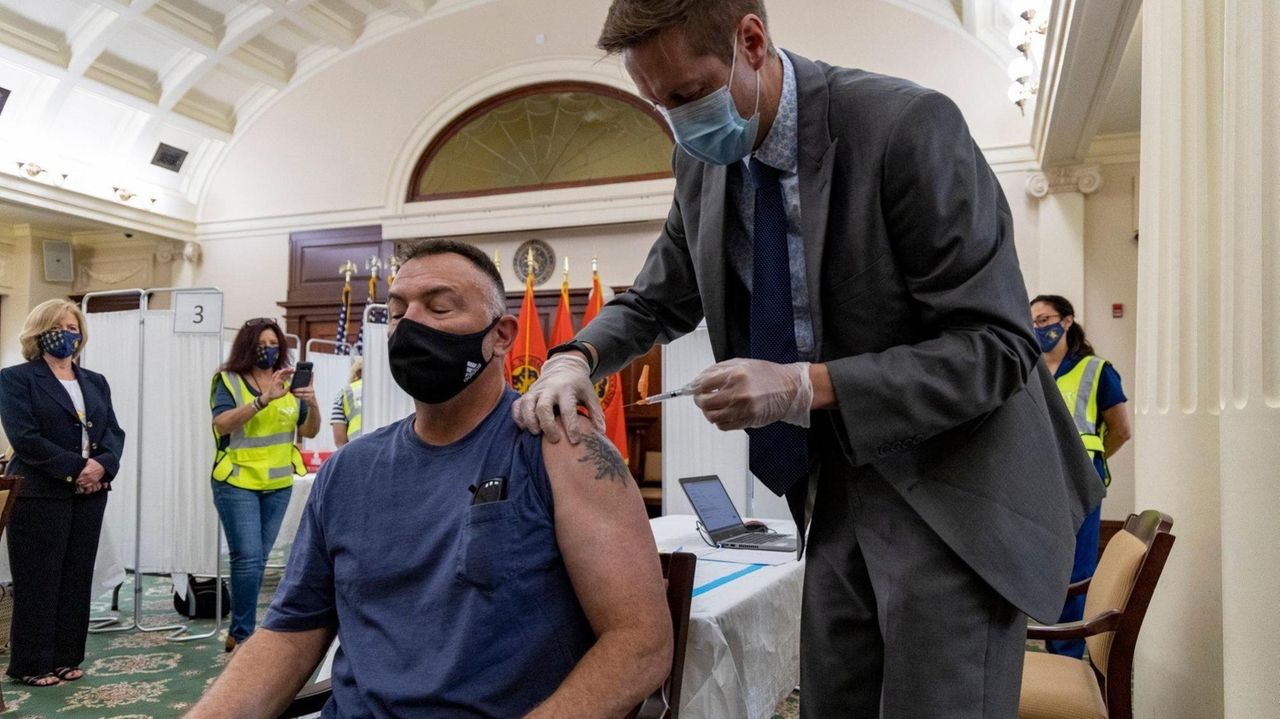 The number of confirmed daily cases of COVID-19 has hit close to 600 on Long Island for the second time this week, statewide hospitalizations reached nearly 1,000, and positivity levels rose again — fueled by the spread of the delta variant, state figures released Thursday show.

At the same time, the state launched a new program to help residents travel overseas.

As recently as June, the daily figure was well below 100. But the highly contagious delta variant is spreading rapidly, many people remain unvaccinated, and many mandates such as mask wearing and social distancing have been lifted.

The seven-day average of positivity in testing for the virus increased over the last three days on Long Island from 3.24% to 3.35% to 3.37%, according to state data released Thursday. The average was 0.35% on June 29.

The number of people hospitalized with the virus in the state grew by 76, to a total of 978.

Across the state, five people died on Wednesday of causes linked to the virus, with one death each in Nassau and Suffolk counties.

"As we see the delta variant continue to spread, primarily among unvaccinated individuals, it is now more important than ever that those who remain unvaccinated get their shot," Gov. Andrew M. Cuomo said in a statement.

With cases rising and new vaccinations slowing, officials are implementing some new measures to try to curb the spread of the virus. They include requiring patrons of indoor dining, fitness centers and indoor entertainment venues in New York City to be vaccinated.

Meanwhile, infectious disease experts on Long Island say they are not certain if a new "delta plus" variant is more contagious than the original delta variant. That question aside, the ultimate solution to the virus and all its variants is to stamp it out by getting more people vaccinated, they said.

The "delta plus" was first identified in Europe in March, and has been detected in several countries, including the United Kingdom, the United States and India.

Last month, experts in India labeled the variant one of concern and warned that it appeared to be more transmissible than most.

South Korea’s Disease Control and Prevention Agency said Tuesday it had recorded at least two cases of the new coronavirus delta plus variant.

Dr. Bruce Hirsch, of Northwell Health, said Thursday it was unclear if the plus variant was more transmissible. Northwell has detected some "plus" cases in its patients, but it is unclear how many, since testing is not always carried out for it or the results are not immediately available, he said.

Whatever the level of transmission, what the region, the country and the world are now facing is a serious situation, he said.

"Delta is bad enough," he said. "Delta plus is not taking over, but indications are that the virus will continue rapid evolution until the world is vaccinated."

But details of the new variant remain unclear, and the bottom line is that the pandemic will not end until a vast majority of the population in this country and around the world is vaccinated against COVID-19, he said.

"We need to have closer to 80% herd immunity to shut it down," Bulbin said. "And promoting vaccination is the only way it’s going to happen."

Despite the rise in case numbers, New York State is launching an "Excelsior Pass Plus" program that will help expedite people’s travel overseas to destinations such as Greece, France, Spain, Italy and the Bahamas, Cuomo said.

The program, which builds on the state’s Excelsior Pass program, also will ease travel through indirect flights to El Salvador, Germany, Guatemala, Honduras and Puerto Rico.

Cuomo said the list would continue to grow as partnerships with more countries develop.

It also will apply to hundreds of businesses and locations that require proof of vaccination, as well as when traveling to entities where SMART Health Cards are accepted, he said.

"Excelsior Pass has enabled New Yorkers to get back to the people and things they love, helping drive our economic recovery in the process," Cuomo said.

"Excelsior Pass Plus will advance this even further, and is part of our broad commitment to securely take our vaccination verification efforts to the next level," he said.

Vaccinations up in New York City

In New York City, Mayor Bill de Blasio on Thursday credited the announcement of looming vaccine mandates with boosting the number of people getting COVID-19 shots in the city, where the rate had slowed since the vaccines debuted.

"Clearly something’s working. The message is getting through," he said at his daily coronavirus briefing.

This week, 80,000 first doses were administered, compared with 57,000 in the first week of July, he said. The number of doses ordered by providers is also up — 40,000 last week and 90,000 this week. He said the number of vaccinations of health and hospital workers — de Blasio imposed a mandate beginning this month for vaccination or testing for this group in public health care settings — also was up, by 189%.

County Executive Laura Curran said Thursday that Nassau was launching a new initiative to get shots into the arms of county employees.

The Nassau County Department of Health is setting up vaccination pods in county buildings to inoculate employees and their families on-site, Curran said. Employees who are vaccinated at the events will be entered in a raffle to win $200.

The vaccination events will target police, the sheriff’s office, public works, the Department of Social Services and other departments.