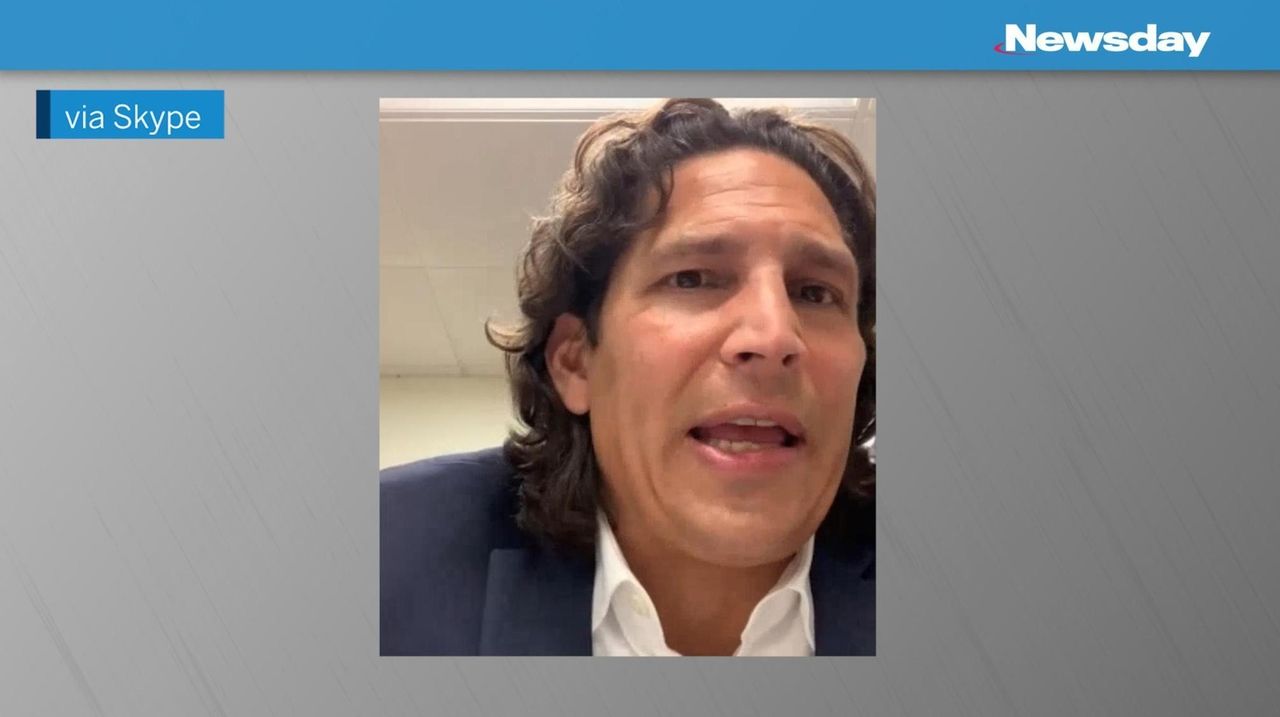 There is anecdotal evidence opiod overdoses have spiked in the past few months after two years of significant declines. Steve Chassman, executive director of the Long Island Council on Alcoholism and Drug Dependence, says addicts were isolated and not attending meetings during the lockdown. Credit: Newsday / Michael O'Keeffe; Skype

An alarming spike in fatal drug overdoses on Long Island is linked to the coronavirus pandemic, law enforcement and public health officials said.

Preliminary data in Suffolk County suggests a 40% year-to-date increase in fatal overdoses over the 89 deaths during the same period in 2019.

In Nassau County, fatal overdoses have jumped at least 50% year to date from the 36 recorded during the same time period in 2019, said police Commissioner Patrick Ryder, also citing preliminary data.

Suffolk District Attorney Timothy Sini, Ryder and other officials blame the rise of fatal overdoses on the pandemic, which has pushed many people struggling with anxiety, loneliness, grief and fear to self-medicate with drugs and alcohol. The pandemic has also altered the supply of drugs like heroin and cocaine to Long Island, prompting dealers to cut their products with fentanyl, a cheap and deadly synthetic opioid.

“The district attorney’s office is in a unique position to help those suffering from substance use disorders," Sini said. "Not only are we in contact with people who have committed nonviolent crimes driven by their addiction, but also victims, witnesses and members of the public who may be struggling with substance use themselves.”

Steve Chassman, executive director of the Long Island Council on Alcohol and Drug Dependence, which operates a 24-hour drug and alcohol hotline, attributes the spike to a heightened state of fear, with people looking to self-medicate.

“We’ve seen about a 20% uptick in the last 10 weeks of people calling as a result of isolation, as a result of taking their substance use very progressively to misuse and into dependence,” he said.

The rise in fatal overdoses reverses two years of declines in Suffolk and Nassau, a setback in the decadelong battle against opioids which have claimed the lives of more than 4,000 Long Island residents since 2010.

Drug use fueled by the pandemic

Many Long Island residents have been abusing drugs and alcohol to cope with the mental health issues fueled by the pandemic. Drug and alcohol abuse always increase when people are facing layoffs and uncertain economic times, officials said. But the situation on Long Island has been made far worse by grief and fear whipped up by the virus. That has led many addicts who were isolated to fall deeper into depression and unable to tap into existing sources, including meetings, advocates said.

Ryder said Nassau is adding two new detectives to the department’s narcotics bureau to focus on the growing overdose problem.

“People are out of work, people are depressed, they are drinking more, they are using drugs more,” Ryder said.

Chassman said some people turn to synthetic coping mechanisms like alcohol and illicit drugs to quell some of emotional pain and fears they are going through the pandemic.

“Our region has suffered a higher mortality rate as a result of COVID-19 than any other region in the country, so people have lost loved ones,” Chassman said.

Jeffrey Reynolds of the Family and Children’s Association, an anti-drug advocacy group, said the coronavirus pandemic has created a new need for programs like DOORS.   “We were making great progress but we are seeing proof that that progress was precarious,” Reynolds said.

Sini thinks DOORS, which is based on PIVOT or Preventing Incarceration Via Opportunities for Treatment, can help.  Under DOORS, prosecutors, investigators and other staff members can pass the names of those struggling with opioids to counselors, who will then contact them to offer treatment opportunities.

Reynolds said DOORS is an innovative program that recognizes some people should be diverted from the criminal justice system.

Drug dealers have had to alter their business strategies, Ryder said, because of the pandemic. Cocaine, heroin and other drugs that had been transported from South America or other parts of the world are no longer reaching New York because air travel has been disrupted.  Drug operations have had to shut down because their workers have become infected or are self-isolating.

As a result, drug prices have surged and purity has declined. Local dealers are stretching their inventories by adding fentanyl, the synthetic opioid that can be deadly even in minute amounts. Two Lake Grove residents arrested on drug charges on May 20, Sini said, were linked to a fatal fentanyl overdose and face up to 25 years in prison.

“We are getting strong heroin out there right now,” Ryder said.

Treatment remained available despite the pandemic, law-enforcement officials and addiction experts said.  Reynolds said the pandemic has proved that videoconferencing can be used effectively to provide counseling and conduct patient assessments without compromising privacy.

“It is not the same as a hug and a handshake in the basement of a church,” Reynolds said, but it has removed some barriers to treatment, such as transportation issues. When this is over we are going to see people with a lot of long-term mental health issues."

Sini said he intends to use DOORS as part of his arsenal to help people get on the road to recovery.

"What is neat about this program is that it allows everyone in the district attorney's office to open door for people who need it," Sini said.