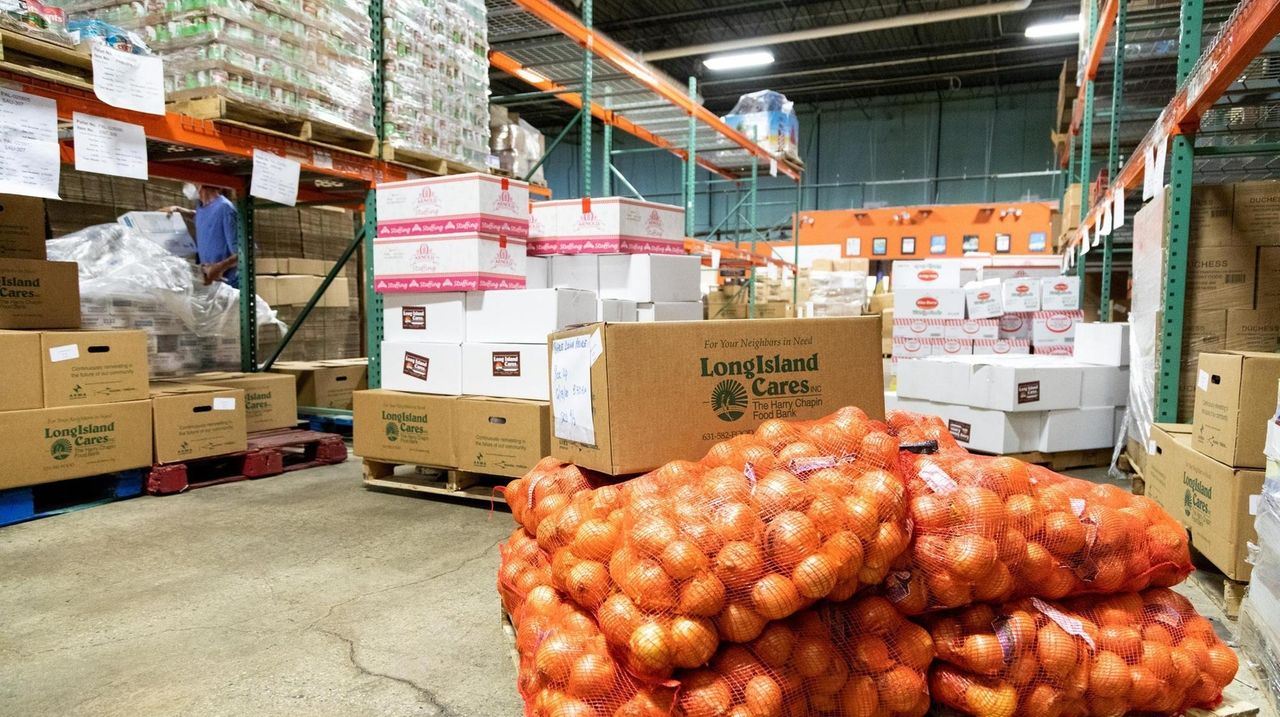 Long Island Cares said the number of people who need help has skyrocketed since the shutdown during the COVID-19 pandemic.  Credit: Barry Sloan

Food pantries from Hempstead to the Hamptons have seen a staggering increase in demand for meals in the three months since the coronavirus pandemic reached Long Island, officials said Thursday.

Food banks such as Long Island Cares and smaller pantries serving Southold and Southampton have seen the number of needy families skyrocket as employers laid off or furloughed thousands of workers, officials of those agencies said during a news conference in Hauppauge.

The epidemic of what they called "food insecurity" includes poor and middle-class communities and towns known for catering to summer visitors in the Hamptons, they said.

"A lot of people see the beautiful farms" and wineries and restaurants, when they think of the East End, said Cathy Demeroto, executive director of Community Action Southold Town. "They don't see the people who make those places work."

Demeroto and officials from Long Island Cares and Heart of the Hamptons, a Southampton food bank, described efforts by staff and volunteers to keep up with demand that more than quadrupled since the beginning of the year. Demeroto said the number of meals distributed by Community Action grew from 4,961 in February, before the pandemic hit Long Island, to 23,318 in May.

Since mid-March, Long Island Cares has distributed 3.6 million pounds of food as part of 4.5 million meals — both 39% more than during the same period in 2019, executive director Paule Pachter said outside the food bank's headquarters.

He said 49,373 people who had never needed help from a pantry before the COVID-19 crisis have sought help since March from Long Island Cares. That's a 72.4% increase compared with pre-coronavirus figures, Pachter said.

A new Long Island Cares program for seniors that started in January with about 200 people quickly swelled to 1,818 recipients, said Marilu Basile, the program's coordinator. The program is partly funded by Newsday Charities.

"We have not stopped," Pachter said, adding that many unemployed Long Islanders "are not going to be able to return to their jobs."

Long Island Cares increased its staff from 53 to 82, Pachter said. He added that supporters have been generous amid the pandemic: The group has raised as much cash in the past 10 weeks as it had in the previous nine months, he said.

In Southampton, Heart of the Hamptons installed a conveyor belt to help staff bring food from its basement storage space to the ground floor, where it is distributed to recipients, executive director Hilton Crosby said. The number of meals served by the group grew to 755 last month from 164 in May 2019, he said.

"We've really rallied together," Crosby said, adding the organization's clients include working-class families "that make the East End and the Hamptons so beautiful to visit."