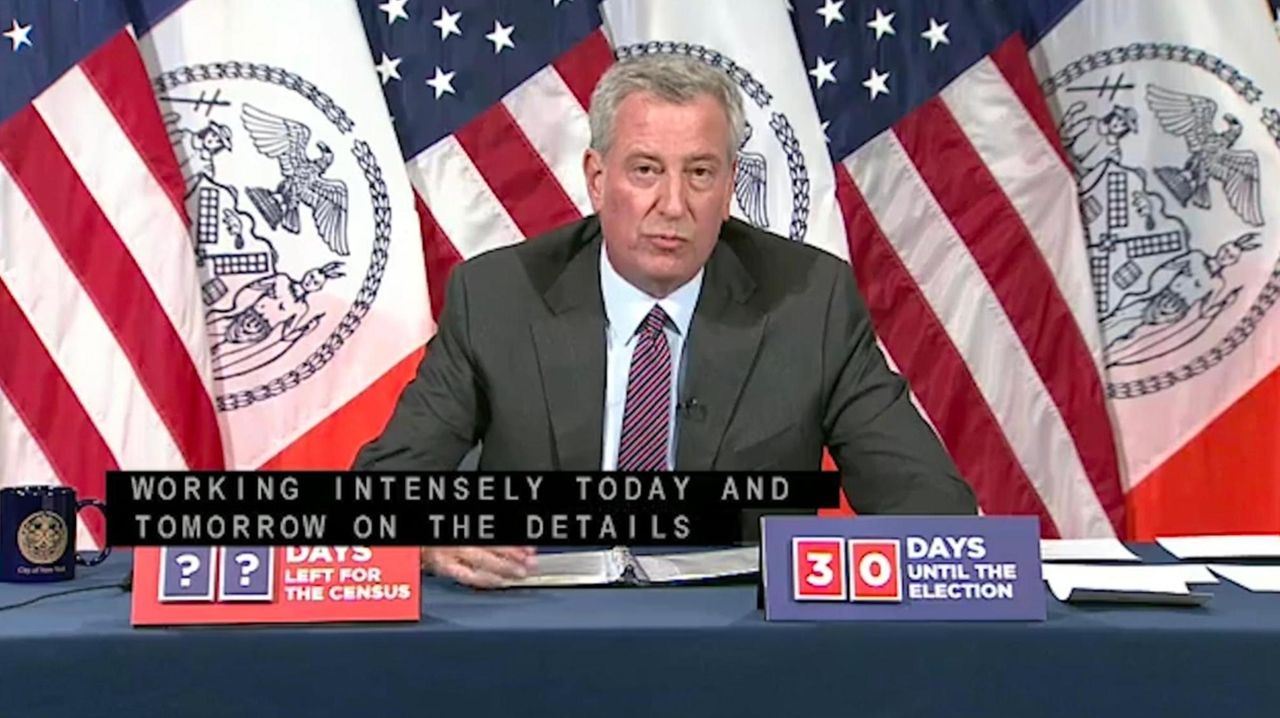 Far Rockaway and Kew Gardens in Queens, and Borough Park and Midwood in Brooklyn, are among the neighborhoods that could see businesses and public and private schools shutter, de Blasio said at a news briefing. The proposal, which still requires state approval, would apply to communities where more than 3% of COVID-19 tests were positive over the last seven days, he said.

"It is necessary to stop the spread of the coronavirus in these communities and beyond," the mayor said. "It is necessary for the good of all New York City, which still overall continues to have a very low positivity level. We have to keep it that way."

Gov Andrew M. Cuomo's office did not immediately respond to a question Sunday about whether the state will approve the city's proposal.

Speaking to reporters, Cuomo said the state is beginning "targeted enforcement" in 20 ZIP codes that together account for just 6% of the state's population but 21% of new cases.

On Long Island, 0.9% of tests were positive Saturday.

"That's good news," Cuomo said. "That's down from where it was."

Nassau County recorded 79 new cases and one death from the virus on Saturday, according to state data. Suffolk County saw 72 new cases and no deaths.

The virus killed 14 people statewide Saturday, and 1.1% of 110,000 tests were positive, Cuomo said. He noted the overall positivity rate has been driven upward by the 20 ZIP codes — which include ultra-Orthodox Jewish communities in Brooklyn and Rockland and Orange counties — where the positivity rate was 4.8%.

Cuomo offered few details on the new enforcement measures, but he said a task force of state employees will be involved, and the effort will mirror a state initiative to ensure compliance with COVID-19 protocols in restaurants and bars.

Cuomo also called on school districts in areas where case numbers are rising to increase testing in schools.

He said an online state dashboard of COVID-19 cases in schools does not reflect the increase in cases in the hot-spot areas, a discrepancy that he said "signals a problem."

"The schools in this case will be the canary in the coal mine," he said. "We want additional tests right away starting tomorrow in those schools."

De Blasio said the rise in cases in the city neighborhoods of concern did not appear to be tied to public schools, but the city will seek to close them nevertheless out of an "abundance of caution."

De Blasio said the city's proposed restrictions would affect some 500,000 people. If the measures bring the positive test rate in those communities below 3%, schools and businesses could reopen after two weeks. If not, they would remain closed for four weeks.

"We need to be vigilant in every corner of the city, but I want to emphasize the vast majority of New York City is holding steady right now with low positivity levels and we want to keep it that way," he said. "These actions that we’re taking in Brooklyn and Queens are to protect the whole city."

"Today’s sudden announcement by the mayor has little to do with a real strategy to address pandemic in NYC," Treyger wrote. "This is latest salvo between him and the governor," he said, referring to long-simmering tension between de Blasio and Cuomo.

As de Blasio began his news conference on Sunday, Cuomo's office released a statement criticizing local governments in the state, saying they "have not done an effective job of enforcement in these hot spot ZIP codes."

Michael Mulgrew, president of the United Federation of Teachers, the city's teachers union, praised the move to close schools in hot-spot areas.

"This is the right decision, one that helps protect our schools, our neighborhoods, and ultimately our city," he said in a statement.

The city also plans to temporarily prohibit "high-risk activities," such as indoor dining and using gyms and pools, in 11 other city ZIP codes where case rates have inched up recently, de Blasio said.