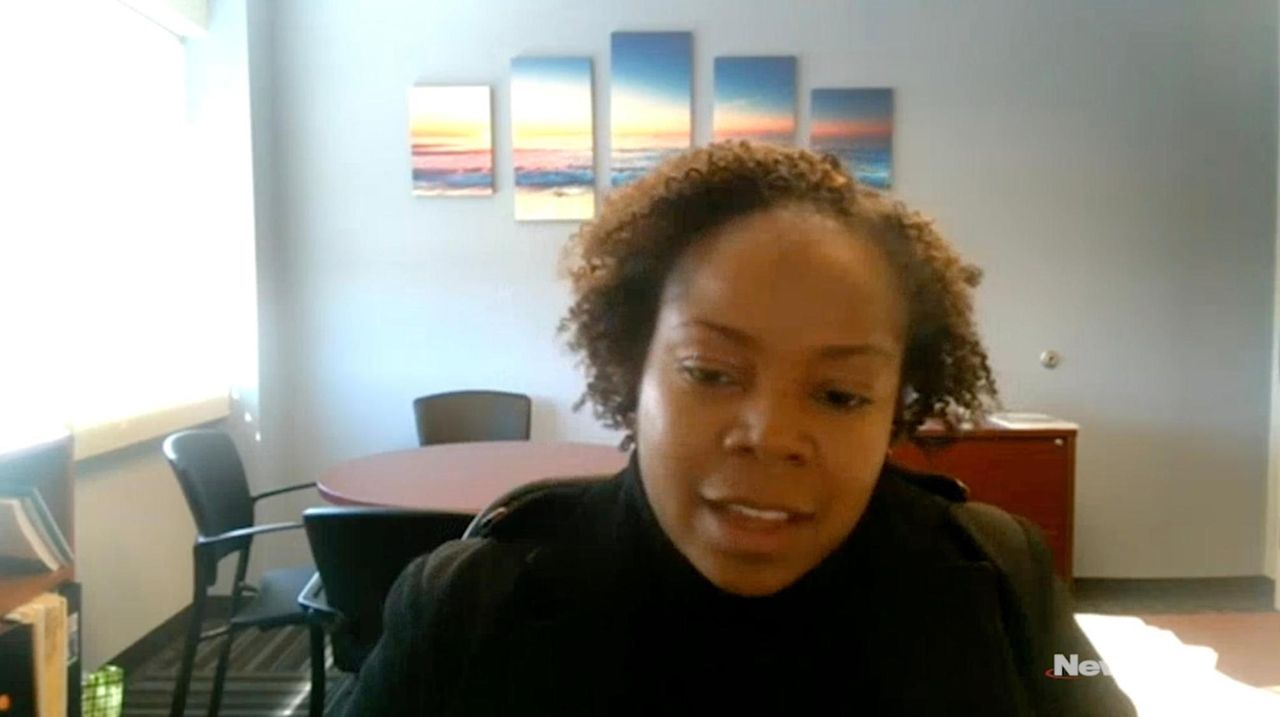 Government leaders on Long Island and the state, spurred by data showing blacks and Latinos are dying at higher rates from the coronavirus than their share of the population, are bringing together experts from across the health, social and economic sectors to tackle the root causes of health care inequities.

In the meantime, testing is being ramped up in predominantly minority communities on Long Island and in New York City, as the virus has put a spotlight on disparities that long have been studied by researchers.

A Newsday analysis of COVID-19 infection rates shows that across Long Island, the population in the hardest-hit communities is predominantly minority, with some of the highest infection rates per capita occurring, for example, in Hempstead in Nassau and Brentwood in Suffolk. COVID-19 is the disease caused by the virus.

“COVID-19 is shining a glaring light” on the problem of health inequities, said Andrea Ault-Brutus, who became Nassau County's health equity director in November. She said the county is pivoting to work more closely with "faith-based and community-based organizations."

"The question we’re going to have to think about, going forward, [is] about partnering with other health care providers" to improve the quality of care for minorities and their access to it, Ault-Brutus added.

"While there’s education, testing and treatment, there’s an economic component to this," said Vanessa Baird-Streeter, Suffolk's deputy county executive for community recovery. "I’m looking to reach out to the NAACP and Urban League, [state] Department of Labor to be part of a working group to look at all of these components, as it's disproportionally affecting people of color. I'm also looking to include Stony Brook University for research."

Some blacks and Latinos who suffer from underlying medical conditions, such as hypertension, heart disease and diabetes, along with the virus — known as co-morbidities — can be more vulnerable to the virus' onslaught, medical experts said.

"Communities of color have been devastated by this crisis, and government at the local, state, and federal level must respond accordingly,” Nassau County Executive Laura Curran said in a statement last week. She said her administration “will continue to take the comprehensive approach necessary to build a Nassau County with improved social, economic and health equity for all residents."

Ault-Brutus said Nassau has been helping the Long Island FQHC, which stands for federally qualified health centers, get the personal protective equipment staffers need. Both counties are financing testing in the health centers, many of which are in heavily populated minority areas, officials said.

He added, "Even though we are the healthiest county in the state, we have acknowledged and embraced the fact that we have a disparity we need to improve upon."

Testing for the virus will be one of the keys to "getting to the heart of the issue,” said Dr. Tarika James, chief medical officer for the Long Island FQHC, which has seven full-service health centers in Nassau that annually serve about 38,000 people.

James said the centers' health advocates are asking people "questions about housing barriers, food, shelter, employment barriers. And then they're trying to link the patients to some of those resources."

The disparities in health outcomes for blacks and Latinos "really has a lot to do" with a lack of resources, James said. "We can write the prescriptions ... but if people can’t afford it, then that’s when we lose them, sometimes."

Dr. Gregson Pigott, Suffolk's health commissioner, said since there is not yet a proven treatment for the virus or a vaccine, preventing its spread by wearing face coverings and practicing physical distancing is key. He said officials have turned to virtual communication to reach the public about the dangers of the virus, and "that’s the piece we’re kind of struggling with."

"If we didn’t have this thing floating in the air, I’d be at health fairs and churches," Pigott said.

"So we have engagement with legislators so they understand the work, so they can advocate for appropriate [health] insurance, employment and housing," McIntyre said. "We've been active in assessing the needs of our patients. We ask about homelessness. We ask about food insecurity. We connect them with resources. But it’s beyond our control, as one entity, to solve the woes of the world."

Cuomo announced over the weekend the establishment of more testing sites, this time at 24 minority churches. Most are in New York City, but two churches are on Long Island: Union Baptist Church in Hempstead and First Baptist Cathedral in Westbury.

Debra Furr-Holden, a member of Michigan's Coronavirus Task Force on Racial Disparities, has researched the issue of health care inequalities.

“The first thing we need to understand is how we got here. What are the things that give rise to pre-existing health conditions?" said Furr-Holden, an epidemiologist who is associate dean for public health at Michigan State University.

She cited examples, such as crowded living conditions — which make social distancing impossible, thereby making it easy to spread the virus within a household — polluted environments; those considered essential workers, like grocery store clerks and hospital cleaners, who are at greater risk of virus exposure; low-wage jobs that don't pay enough, leading to financial and emotional stress; and the lack of healthy food options in “food desert” communities.

“I think of these as the social, political determinants of health,” Furr-Holden said. “What happens when they show up for care?”

Furr-Holden said even among blacks with health insurance and higher wages, many are treated differently by the health care system. "This is not a theory. It’s supported by data. Blacks get worse treatment in the health care system than their white counterparts," she said. "There’s poor physician-patient communication, more implicit or unconscious bias toward African-Americans than any other racial/ethnic group."

And as for the blame directed toward blacks in particular, Furr-Holden called for deeper understanding of the root causes.

"Our own leaders shake their fingers at black people and say, 'Stop all that drinking and smoking and put down the sugar and salt.' But that doesn’t account for the disparity," she said. "If you’re white and hypertensive and white and diabetic, you're still doing better than if you’re black and hypertensive … If you're white, you're more likely to have health insurance" and the illness is more likely to be identified and treated earlier.

Furr-Holden sees opportunity in the disparities COVID-19 exposed to the wider public. "These problems predated COVID, but COVID has given us an opportunity to innovate and transform ourselves."

The number of deaths, and deaths, as a percentage of all county coronavirus fatalities:

Analysis: Blacks, Hispanics have higher share of deathsBlacks and Hispanics composed a larger portion of coronavirus fatalities than their share of state and New York City populations, data shows.